Some Final Thoughts on the ‘Miracle’ Election 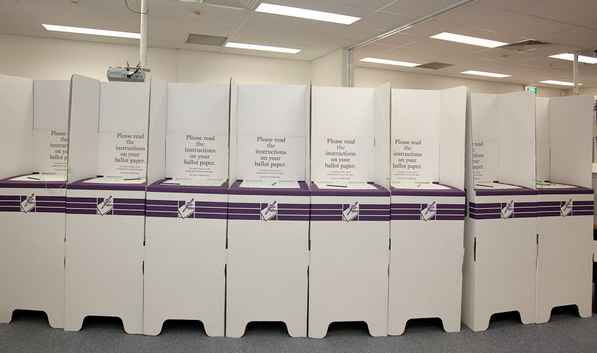 Watching the election night coverage at home, I  could not help but think that this feast of democracy was a most civilized way of settling differences of opinion. To put it bluntly, the contest of May 18 was as close to civil war as we have seen for some decades; without a doubt, Labor tried to incite generational warfare and were slapped hard for their efforts. Now, at a distance days and after heaving those deep sighs of a relief at the sweet and largely unexpected result, there is time to reflect on the factors that made Australia’s latest exercise in democracy so unique.

There is, first of all, the dogged determination of Prime Minister Scott Morrison, who refused to heed the pundits and the bookies’ odds boards and cast himself as the proverbial frog in the milk bowl. He refused to go down without a fight and circled the country tirelessly, never easing up on his unrelenting campaigning. Eventually he churned milk into butter and found a solid place from which to leap back into contention. He deserved the voters’ support — and he got it. The once and future PM confronts many challenges — reducing energy prices, cleansing the remaining traces of Turnbullian spoor from the party his predecessor all but ruined for good. But whatever else he does, the come-from-behind triumph he pulled off  will forever deserve Australia’s gratitude.

Can you just imagine the horrors if the radical and divisive Labor program had been adopted as Australia’s official roadmap? Its advocates made no bones about pitting younger voters against their elders in the cause of “justice”, which sounded in every sentient voters’ ears as “wealth redistribution”. This included the odious franking-credit wipeout, which was shamelessly pitched to voters as ending a first-order rort when it is nothing of the kind. Then there were the half-baked electric-car nostrums Mr Shorten spouted. They summed up the perilous ignorance of the would-be government, which did not take into consideration production costs and the consequences of extensive infrastructure that would need to be built. Once again, Labor had given the helm of its policies to The Greens and the politically correct platitudes of the inner-city. The devastating outcome in Queensland, where voters prefer jobs to pieties, was the result.

Second, as mentioned, there was Scott Morrison. While Bill Shorten came across as shady and sleazy, voters saw in Morrison a family man, loyal to his country, creed and convictions who is not afraid to wear his heart on the sleeve. His campaigning style endeared him to enough of the voting public to make a big difference in the tally room. Compared to Shorten, they saw an honest man who does not take himself too seriously, is respectful of ordinary people and possesses both a humility and a sense of humor.

Third, the Coalition was able to convince Australians that Turnbull was gone and the turmoil he sowed with him. Even better, a slather of his supporters decided to bail out of politics, leaving Team Morrison free to re-embrace a traditional Liberal philosophy that is not divisive nor based on resentment, envy or ancient antagonisms. The Coalition offered opportunity, independence and a social lift to voters. Labor thought voters wanted managers to oversee their lives, their incomes, even the sort of cars they drive.

What made this election unique in Australian terms? That factor was the Deplorables’ revolt against the smug and the self-righteous ‘progressive’ intelligentsia. True, in Warringah they tossed out a good man in favour of a blonde chimera, a woman who can say with a straight face that she is an independent Liberal yet, as subsequently emerged, had never voted Coalition in her life. But Tony Abbott’s former seat was the exception. Elsewhere in the country, voters who live in the real world of jobs, families and monthly bills rejected the idea of being governed by the same elites who hold them in contempt, who believe it is their natural role to lead and decree.

This rejection of institutionalised arrogance — ‘What, you like your petrol-driven car? Not any more, little man, it’s a battery pack and green sticker on the bumber for you’ — would seem to be part of a worldwide movement: Trump, Brexit, Emmanuel Macron’s victory and now, with Yellow Vests in the streets every weekend, the rejection of Macron. Further evidence? Look to the elections for the European Parliament, which have just seen Nigel Farage’s party emerge as the UK’s largest single voting bloc. The pattern is too frequently repeated not to be valid: Mr. and Mrs. Average Voter tell pollsters they are concerned about social justice, climate change and gay marriage, but then vote otherwise in the solitude of the voting booth. You can’t blame them, either. Express those sort of opinions in public and some self-righteous scold will be signalling their virtue by putting down yours. After being hectored daily about the things the ABC regards as important, climate change not least of all, marking those ballots for Mr Morrison was a quiet and effective way of crying ‘Enough already!’

Despite every inducement, offered by Labor, mainstream voters chose the conservative side of the Australian politics and ignored the politically correct pipedreams. To the sheer delight of many, the Australian electorate demonstrated common sense, political maturity and a refusal to entertain the notions of fashionable green-leftism.

Unwilling to accept the truth, Labor and its apologists put the result down to the alleged stupidity of Coalition voters. In so doing they demonstrated not only their contempt for fellow Australians, they also showed where those suffering from the greater delusions reside — fortunately, at least for the near future, not on the government benches.

Twilight of the powerbrokers?