Mazel tov! But Not to a Certain Airline’s CEO 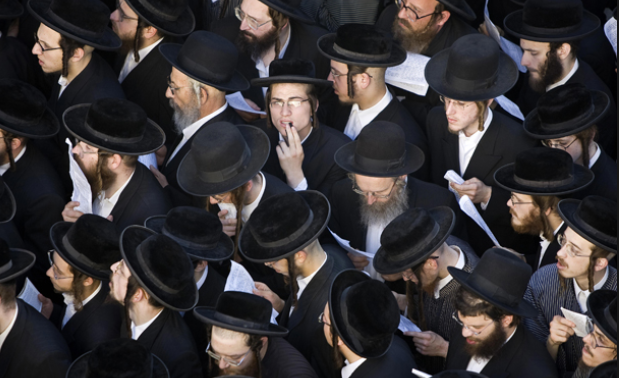 Off to Israel to give a talk at the university in Jerusalem. Leaving from London my wife and I got supercheap tickets on a direct flight from Luton Airport.  It was our first-ever time using Luton as well as EasyJet airlines. The former is not much more than a giant warehouse, but it’s efficient and churns a lot of low-budget fliers through every day of the year.  The latter let us fly London to Tel Aviv return, two people, with change from your hundred pound note.  It left on time and arrived on time.  Sure, we paid for everything we wanted on board, but we also saved so much money from the British Airways alternative that you could have ordered champagne and caviar half a dozen times en route and still been way ahead financially.

Better still, the CEO of EasyJet doesn’t see his job as being a virtue-signalling hypocrite who uses  shareholders’ monies to dangle sponsorship monies in front of incompetent, overpaid and pusillanimous sports administrators with (according to some accounts) a suggestion they might silence views, especially religious views, that he personally dislikes.  Let’s be honest.  When the airline you head partners with a Gulf sheikdom airline that’s resident in a place where gays are (I put this as kindly as possible, you understand) now and again encouraged to take an alternative to the elevator from the top of buildings then you really ought to desist from the bumper-sticker moralising about the occasional top sports person wanting to voice his religious views about who is and isn’t likely to end up in Hell. I say that as an atheist, but one who does not feel compelled to silence the same sports person who thinks that’s my fiery end destination. I’m happy to watch such a sporting championm sublimely play his game and leave him to think what he wants.

I suppose my point is that if sponsorship monies have been put in play then Australia’s non-budget airline is headed by a humungous hypocrite (one very, very good at actually running the airline, let me admit straight out) who, intentionally or not, is driving his own sort of intolerant agenda with shareholder (not his own) money. If so, fly with him and his carrier and you’re part of that agenda yourself, like it or not.

But back to Israel.  Tel Aviv is just another modern, boring big city, save for the ancient enclave of Jaffa (which is well worth an afternoon of exploring).  Jerusalem, by contrast, is magnificent.  No, it’s better than magnificent, though the mot juste to describe it fails me. I had a day free, actually a day and a half, and so my wife and I spent them exploring the old part of the city and its Armenian, Christian, Muslim and Jewish quarters.  Part of it will remind you of a feudal town with narrow, twisting paths described as ‘streets’.  Hawkers are everywhere.

In the course of a single minute you’ll pass ultra-Orthodox Jews, Muslim women in burkhas, Catholics walking the stations of the cross, a Russian Orthodox priest leading a bevy of followers, a Jewish store selling the best hummus you’ve ever tasted, and large crowds of American evangelical Christians.  You can make your way to a wonderful view of the Western (or Wailing) Wall, an ancient retaining wall once part of the expansion of the Second Temple.  Behind the Temple Mount you can see the splendid Dome of the Rock mosque.  And that same viewpoint allows you a vista from which you can see both where Christ is supposed to have ascended to heaven (Mount of Olives), as well as where some half millennium later Muhammad is supposed to have ascended to heaven (a few hundred yards away at Islam’s oldest existing monument, that same Dome of the Rock).  You can even mimic us and go down to the Western Wall, though Israeli soldiers will stop you from going to the Dome of the Rock if you’re not Muslim.

Then there’s the unmissable, ‘must-visit’ stop of the Church of the Holy Sepulchre.  It’s administratively bifurcated into a Catholic half and an Orthodox Christian half, with tiny grace-and-favour parts for the Copts and Ethiopians.  Sections of the church go back to the time of Constantine, the Roman Emperor who converted the empire to Christianity in the 4th Century.  I have to confess that my Scots-Canadian Calvinist heritage kicked in at one point, what with all the people kneeling down and kissing everything in sight.  I may lack belief in a benevolent, theistic God, but generations and generations of Allan family Calvinism, with its incredulity at such actions, has clearly made an impression on me.  Robertson Davies would have said these things are bred in the bone.  On that note, the Protestant part of Jerusalem is represented by the austere Lutheran church.)

Let me finish by noting that I was in Israel for its election.  Even with that country’s brutally proportional voting system, Mr. Netanyahu showed you can win by taking a solidly right-of-centre set of policies to the electorate.  Can you imagine how the Black Hand brigade of those Pyne and Brandis types would fare, transported in our imaginations to an Israeli context?  Would that the self-described Liberal Party ‘moderates’ (read comparatively left-wing cuckoos) suffered a similar fate here.  Anyone out there still really think the Libs would be doing better right now with Malcolm?

Note, too, that being loathed by the vast preponderance of the media and by your Davos-man type supranationalists, who seek to impose ever more constraints on democratic decision-making, does not equate to having to lose elections.  Netanyahu showed that.  So, too, did Mr. Trump’s win in 2016 and the Brexit vote that same year – though I can’t deny the undemocratic elites in the UK are fighting a desperate, and so far successful, rear-guard action to cripple Brexit.  Oh that they sold yellow high vis vests over here in London.  I’d don one and be out on the streets in a jiffy.

The Euro’s Chains and Pains