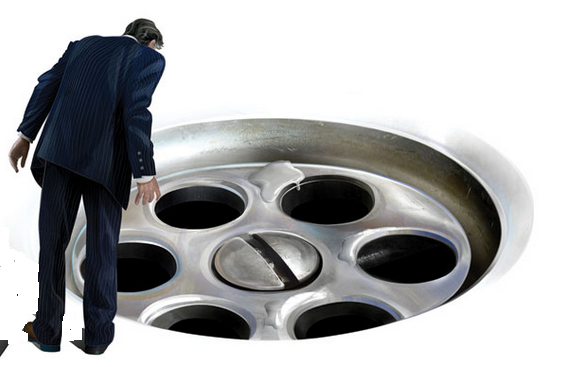 There are reasons aplenty why Labor flushed its chances on May 18, but these strike us as the most telling.

11. Bob Brown’s motor convoy from Tasmania to the Galilee Basin in April to protest the Adani mine

Rural Queensland locals were hostile, organising their own counter-protests and denying the convoy accommodation and food. They resented southern blow-ins telling them what they should do. Coalition Resources Minister Matt Canavan summed up the outcome: “I want to thank Bob Brown for getting us all together. He’s done an excellent job of combining and uniting the whole Central Queensland community in favour of jobs.”

10. Shorten’s offer to public broadcasters of massive bribes to guarantee their support

$40 million cash upfront to the ABC and $20 million extra to SBS, plus an $84 million waiver of the Coalition’s indexation pause. This was not lost on audiences, especially after ABC News responded with ingratiating coverage of Labor proposals, plus an hour-long session with Tony Jones and a tame audience on Q&A. Shorten used the appearance to try to show what a tough guy he could be by responding to some of Jones’s questions with transparently feigned irritation.

9. The shredding of Israel Folau’s $4 million rugby contract for quoting the Bible’s disapproval of homosexuality

A demonstration that the raging ideological war against religion by the “progressive” political class would spare no dissenters. Shorten used what seemed, to everyone outside radical LGBT circles, an appalling injustice as a bid to wedge Morrison for not joining the rabble. “I cannot believe that the Prime Minister has not immediately said that gay people will not go to hell,” Shorten volunteered at a press conference, even though most of Australia’s rugby fans, and most Australian Christians, were on Folau’s side.

8. The Tasmanian Parliament’s decision in April to drop the sex of babies from birth certificates

This reminded voters how far the gender-fluidity movement has penetrated social policy. The Australian Christian Lobby pointed out that Labor’s policy platform endorsed the Yogyakarta Principles on human rights law, meaning LGBT content in all school sex-education classes must stress and accept all sexualities and gender “identities”. It also seeks to remove exemptions to discrimination law that currently allow religious schools to teach traditional sexual ethics, and to ban government funding from sporting bodies that differentiate between men and women on the basis of biology, rather than gender “identity”.

While it appears the extraordinary sums expended in pursuit of seats – $70 million by some estimates – have failed to produce even a single one, not all that money went to a pointless end. Palmer consoled himself thus:

The goal for the United Australia Party was to ensure the Labor Government did not get into power, introducing more than $1 trillion of new taxes.

As cow pox prevents smallpox, so might we celebrate the noxious entity behind the United Australia Party for boosting the electorate’s resistance to the far greater national ailment of Prime Minister Shorten & Co.

6. The birth of royal baby Archie to Meghan and Prince Harry on May 6

Once again displaying his tin ear and tactless timing, Shorten promised to hold a plebiscite aimed at making Australia a republic. This was despite the fact that support for republicanism has all but died since the two princes, William and Harry, came of age, married and started families, giving incalculable public support to Australia remaining as it is — a completely independent, liberal and democratic Commonwealth, with the Crown as sovereign. The measure of republicanism’s decline is its leadership, a middle-aged clown with a red pirate’s scarf on his head, and its refusal to recognise that its outdated slogan, “An Australian for a head of state”, has long been fulfilled by the existing head of state, the Governor-General,

5. As a slogan, “Real action on climate change” turned out to be a loser

Except for the state capitals’ inner-cities and the Sydney seat of Warringah, where a multi-million dollar and legally dubious campaign by the overseas-funded activist group GetUp! succeeded in ousting Tony Abbott, the catastrophist rallying cry fell on indifferent ears. Buoyed by (unreliable) polling research, Shorten then went a step further and, off the top of his head, announced that by 2030 he would make sure half the cars on Australian roads were electric. As soon became apparent, he had no idea of the time, expense, and infrastructure required to recharge these vehicles. He came undone even more badly when pressed how his target to reduce carbon dioxide emissions by 45 per cent by 2030 would be realised, and at what cost. Rather than information, he answered with a rhetorical question: “How can you discuss the cost of real action on climate change without also discussing the cost of doing nothing.” This was no match for the effort by former head of the Australian Bureau of Agriculture and Resource Economics, Brian Fisher, who calculated that Shorten’s plan would see at least 167,000 jobs lost and up to $264 billion wiped from the economy by 2030.

Parents send their kids to school for an education, yet television audiences saw Labor figures and their Greens allies encouraging children to play the wag and clog the streets while, in some cases as the cameras rolled, shedding anguished tears for what youngsters are being taught is a diseased and dying planet. As a further indication that the chalk-dusted stewards of young minds aren’t delivering what might be expected in return for all those billions in Gonski dollars, there were thickets of often obscene signs directed at the prime minister and all who dispute that climate doom will be upon us by Tuesday.

3. Taking the politics of social division as his key to The Lodge, Shorten set out to divide voters by age

His brainwave would support the young by punishing the old. Someone should have told Shorten that, since the “baby boomer” generation was now moving into retirement, there would be a corresponding boom in the ranks of elderly Australians. Between the 2011 and 2016 censuses, Australians 65-and-over increased by no less than 664,500, considerably more than the population of Tasmania. Shorten’s tax plans would have substantially reduced the retirement incomes of half of them. If they didn’t like it, his shadow treasurer Chris Bowen said, they could take their votes somewhere else. They did.

2. His revival of once-dormant class warfare

This was embodied, to cite but one example, by the 100,000 unionists and supporters who brought Melbourne’s CBD to a standstill on April 10 with an ACTU show of strength. Disrupting traffic and forcing cancellations of tram and train services, the protestors marched through the city centre to Parliament House where they were addressed by Victorian Premier Daniel Andrews and three federal Labor MPs. Shorten’s election platform included giving unions much more say in wage determinations and agreements. Late in the campaign he intensified his ­attack on retirees, property investors, big business and the wealthy. In his final public speech, he made a bid to lock in Labor’s traditional working class supporters by targeting “vested interests” and “the big end of town”. This ignored the fact that many workers now perceive union leaders as members of both groups, thanks to the rivers of gold flowing into industry superannuation funds that have turned union bosses into multi-millionaires.

While he believed his espousal of women’s interests would give him the winning hand, it was actually his biggest mistake. Whenever possible, Shorten tried to wedge Morrison on the status of women in politics, especially in the Liberal Party. Then, in his one-on-one interview on ABC’s Q&A, he made a big play about how much he owed to his mother, claiming she forewent a lustrous legal career for financial reasons and was obliged by need and society’s sexist stereotyping to become a humble teacher. The story was meant to be taken as one of cruelly thwarted ambition and human potential. If listeners deduced Ann Shorten was also a single mum, rather than the spouse of an unmentioned marine engineer who managed Melbourne’s largest drydock, the aspiring prime minister didn’t set them straight.

Two days later, Anna Caldwell of Sydney’s Daily Telegraph called him out for not mentioning that his mother became a barrister in her 50s, after a twenty-five year career as an academic at Monash University, where she gained a PhD and rose to senior lecturer in education. Shorten thought he could milk this piece of Murdoch media “filth” for all it was worth. At a press conference two days later he staged the most dramatic act of the campaign. Fighting back tears, he called the Telegraph story a “new low” in the campaign, playing “gotcha shit” with his mother’s life story.

Shorten’s obvious aim was to appeal to women electors, which he probably did. But he was just as likely to have lost more men – that is, more heteronormative men – than he gained from this act. The great majority of men love their mothers, but they can talk about them without resort to tears, especially when fronting a camera. Shorten’s reaction looked stagey, even rehearsed. It would have lost him the respect of a great many men he might otherwise have kept onside. Politicians attracted to gender-identity tactics should remember a simple fact: those with XY chromosomes vote too.