Brittle Victory on a Plate 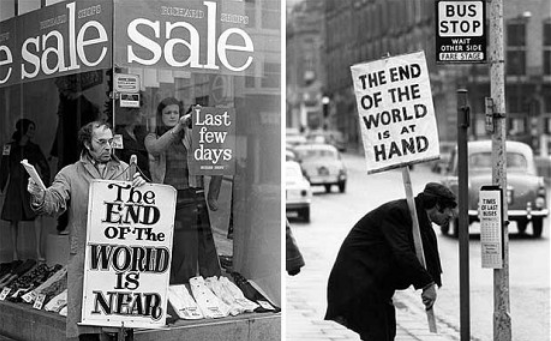 Zali Steggall has promised “to make sure we take action on climate change.” With that in mind she has booked a one-way ticket to China with pre-printed signs saying “Xi Jinping do the right thing!” She originally intended to buy a return ticket but was told by the Chinese Embassy, when issuing her visa, that she wouldn’t need one.

In the May issue of Quadrant, I have an article (“In Determined Pursuit of Unhappiness”) which ends thus:

Maybe the tipping point has not been yet reached in America and Hungary where there are still enough people of sound mind to keep the torch of reason lit. How about in Australia? Use Zali Steggall as a barometer. If she gets even close to defeating Abbot in Warringah, it might be time to consider giving up hope. We, the people, will have shown that we really do get the globalist politicians we deserve.

Maybe this is too bleak a picture when set against Scott Morrison’s amazing victory? No, on a mere moment’s reflection, it isn’t. Bear with me.

Let’s face it, Bill Shorten took the advice of the tight-suited arrogant twerp Chris Bowen and simply threw the unlosable election away. Surely, he must suspect Bowen of either being part of a fifth column or perhaps part of some kamikaze coterie within the Labor movement.

But let’s assume that Bowen is on the level. He actually thought it was a good idea as an election pitch to take legitimate tax refunds off millions of self-funded retirees, to make it harder for the upwardly mobile to negatively gear and to impose higher capital gains and income taxes. Vote for us and pay higher taxes. Not sure I’ve seen that election slogan before. And this bloke wanted to be Treasurer? The mind boggles.

Goodness knows who else advised Shorten to cripple the economy with 50 per cent renewable energy at unknown cost. Someone in the mould of Bowen, I would suspect. Tony Burke doesn’t quite fit the bill. It must have been one (or more) pseudo-scientific climate guru(s) in the back-office beholding to the great God Gaia.

Anyway, my point is that we should not read into the election something which isn’t there. Despite the most self-destructive policies yet devised by an opposition party, Labor didn’t lose by very much. To repeat, Bill had to throw it away in order to lose. We won’t be so lucky next time. Cultists are taking over.

Make no mistake, climate change alarmists comprise a cult – the biggest the world has ever known. And it is indoctrinating young, impressionable people whose minds are still forming and, most insidiously, schoolchildren. Cultists can’t be reasoned with. They are akin to those on a mountaintop awaiting the end of the world.

I belong to a Christian church. Let me tell you, I could easily find more people within the church certain of global warming than of the Resurrection. Christianity isn’t a cult. People constantly debate their faith. Global warmists have no doubts. They are cultists. Moreover, like Islamists, also cultists, they won’t be content until everyone has converted.

Tens of thousands of Liberal voters who backed Tony Abbott — a man of conviction and rich experience — last time around switched to an empty head with a fanciful idea to cool the planet. This is a bad sign for our future. It shows that common sense and the faculty of reason are in rapid decline. That’s exactly the effect of growing cult membership.

The Republic we had to have