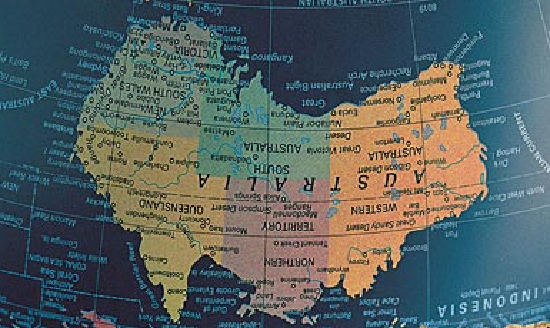 Polling suggests we may soon have a government of thieves, thugs and constitutional vandals. That’s no exaggeration—it accurately describes Labor’s policies. Shocking as they are, much of what they’re proposing is half-baked. For example, they were caught verballing the Australian Bureau of Statistics over negative gearing; they preach for electric cars with no idea of the time and expense involved in recharging, and planned to close down most of our remaining manufacturing and many farms because of the increasingly discredited theory about man-made CO2 emissions. Yet Labor’s deputy leader, when quizzed, had not the foggiest idea just how much CO2 is actually in the atmosphere.

Having seen the PR disaster of Julia Gillard’s open alliance with the evermore extremist Greens, Labor now hides its absolute dependence on them, the price of which will be the application of many of their destructive policies. A Shorten government will steal billions of tax refunds from older Australians, most of limited means. Their crime? They have organised their affairs in an attempt not to be burdens on the taxpayer. Shadow Treasurer Bowen dismissed their plight with an arrogance often, and falsely, attributed to Marie Antoinette. And it’s not only the elderly who will be mugged by Labor. A young person entering the workforce now on average earnings will have half a million dollars lifted from his or her super if he doesn’t kowtow to Shorten’s union mates.

Labor will also govern for the explicit benefit of law-breaking union thugs. Expect the few constraints on their bullying — including those made law by previous Labor governments― to be removed. Why, they’ve even revealed they’ll override the very same umpire that Labor predecessors created. The building industry is especially targeted for thug rule, while independent mum-and-dad businesses will be driven out of road transport. The unions will be allowed to enhance their stranglehold on the rivers of gold that flow from ordinary workers into superannuation and without being subject to the rules that apply to directors of corporations. Workers’ savings will be diverted to turn union bosses into multi-millionaires, keep Labor politicians in power and place union puppets on the boards of public companies.

Australia will come to resemble the Mussolini fascist corporate state model which the Chinese communists adopted to save them from the fate of the Soviet communists. Little wonder Paul Keating has praised the Communist Chinese regime as the best government in the world.

Then there’s the obsession with “climate change”, the fake name chosen for the former global warming when it failed to occur as the “settled science” and legions of rent-seekers and academic careerists predicted. Just when has the climate not changed? We’ve already moved from having around the world’s cheapest electricity to amongst the dearest, but under Labor prices will rocket even higher. That will say goodbye to our surviving manufacturing concerns, while many farms go under as belching cows become the next target. Beholding as they will be to the Greens, Labor will insist on stopping coal exports.

If all of the above is not enough, this will be topped off by a government of constitutional vandals. This won’t be about turning Australia into a real republic like the US or Switzerland. It’s about reworking a crowned republic as a politicians’ fake republic stripped of crucial checks and balances. Shorten knows Australians are far too smart to fall for this if presented honestly. He knows that in a real referendum, where he’d have to reveal his politicians’ republic before the vote, a bigger defeat than in the 1999 landslide would await. So he’s using a tool made popular in the French Reign of Terror and by subsequent authoritarian governments:the blank cheque constitutional plebiscite. This is where you get the details after you vote. Authoritarian government typically use trick questions in plebiscites. Shorten’s question will be based on the untruth that we don’t already have an Australian as head of state, the governor-general.

Australians would never elect such a government if they knew the facts. We will have a long time to rue the result if they do.