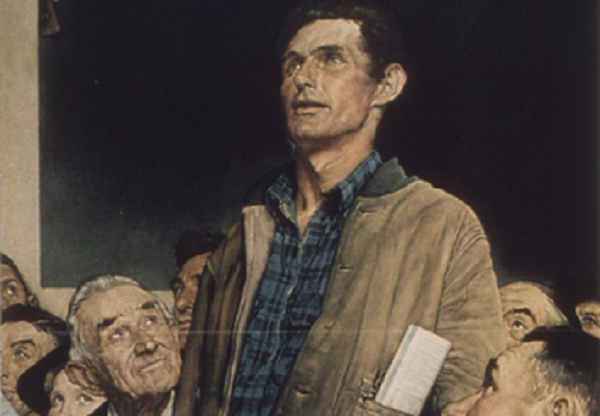 Public policy is a field where you soon learn that no matter the soundness of your evidence, the acute perceptions of your analysis, and the insight of your ideas with regard to furthering the public good, your policy recommendations can struggle to gain traction. It makes it easy to lose faith in democracy.

So it is with some sympathy that I note the publication of new report by a collection of concerned organisations and citizens which proposes 15 ideas for Reforming Our Democracy. The proposed reforms are intended to help “restore trust” in a political system perceived to be failing badly in its purpose of meeting the challenges the nation faces. The view that our democracy has reached something of a crisis point (necessitating substantive changes to established practices) may be somewhat understandable — inspired as it is by the sclerotic and reform-shy political events in Canberra over the last decade. However, it is important to keep any talk about a contemporary ‘crisis in democracy’ in perspective by remembering that it has ever been thus — and that such complaints are as old and as perennial as democracy itself.

It is also important to ensure the kind of reforms that might be contemplated target the right problems with respect to the factors contributing to a loss of trust in our public life — a loss of trust, I would argue, that stems from the social and cultural polarisation evident in many Western countries, including Australia.

My perspective on the subject of democracy and its complaints has been shaped by the fact that before I became a public policy researcher, my formal qualifications were in history. For my PhD, I studied the history of Australian liberalism from Federation until after the Great War. What my thesis traced were the hopes that liberals like Alfred Deakin, and other federal fathers, held for a higher spirit of citizenship in Federated Australia. What they hoped would develop was a greater democracy in which the people would transcend the selfish vices of factionalism, sectionalism and parochialism, and instead pursue the national interest through the free and representative institutions of the new Commonwealth.

Unfortunately, what the story ultimately became was how political events cruelled the idealism that had animated such high hopes for Australian democracy — which to liberal minds, appeared to manifest all the vices and few of the virtues of good citizenship and the wise pursuit of the public good. It was only when I started working in public policy that I fully understood the bitterness of liberals’ disappointment. It is very tempting to self-pityingly attribute this to the inherent vices of our democratic system, and to question democracy’s merits by doubting the wisdom of those voters who refuse to heed your excellent advice. My occasional indulgence in such unworthy sentiments is always tempered by the knowledge that such is democracy. As the saying goes, all political careers — especially of humble think-tankers — end in failure, for that is the nature of politics.

But in recent times — as the Reforming Our Democracy report tends to bear out — there has been a more concerted questioning of democracy. This was particularly — and quite alarmingly — highlighted by something that recently passed my desk from another think tank, which in the name of updating our political system, talked seriously about handing over important policy decisions to independent bodies — that is to say, unelected ones.

I think the questioning of democracy arises from a particular contemporary social, cultural and political context, and is a response to the shock results that democracy has recently produced in Western nations. This includes not only the election of Donald Trump in the US and the Leave camp’s victory in the UK’s Brexit referendum, but also the rise of populist parties across many European nations that have displaced the establishment governing parties.

I don’t think it is a coincidence that the lack of faith in democracy, and much of the talk about democratic ‘crisis’, has come from the Left, which has found itself disaffected by democratic results that are not viewed as sufficiently progressive. I don’t subscribe to the conventional view that Australian democracy is in crisis. But that this view exists raises some important questions about politics and government in a democratic society.

What the existence of this view actually reflects is the polarisation between elites and so-called ordinary voters along social, educational, and geographical lines. This polarisation occurs along a progressive vs conservative axis on contentious issues, and not only regarding policy subjects such as energy and immigration. It also extends to divisions over fundamental freedoms of speech and religion, and to foundational liberal-democratic principles such as equality under the law and equality of opportunity. If this analysis is right, then the question it raises is whether democracy is broken because Western societies have become too polarised on a range of divisive questions to generate the consensus and consent that democracies rely on to function freely and effectively.

The ramifications are important with respect to the capacity of our democratic institutions to create the level of trust — between political-class elites and the broader electorate — that is required to deliver the leadership needed to address the national challenges we face. If we face a democratic crisis, I believe this is its true nature.

These are pertinent issues for Australians to contemplate, given a general sense of despair about the inability of successive federal governments to deliver effective national leadership. A 2018 national survey conducted by the Museum of Australian Democracy and the University of Canberra found satisfaction with Australia’s democracy has more than halved between 2007 and 2018. This is surely a reflection of the leadership turmoil that has engulfed both Labor and the Coalition since the defeat of the Howard Government in 2007.

The polls, while tightening, still suggest the current federal government is highly likely to lose on May 18 and for the same reason the previous Labor government: politicians who have made it all about themselves, and not the people they are meant to serve, will again be punished by the voters with whom they have broken trust. I don’t want to suggest that polarisation here is on US or European scale.  There are a number of reasons why not: one is the 28 years of unbroken economic growth Australia has experienced; another is that immigration is not the disruptive issue it is elsewhere due to the Australian government maintaining control of the borders. Australian democracy also has unique features that minimise the potential for disruption: compulsory voting and compulsory preferential voting means that many swinging voters do their civic duty by first preferencing one of the major parties, and that all voters end up having to preference one or other of the majors.

That said, we shouldn’t ignore the rise of minor parties, nor the fact that at the 2016 federal election, nearly forty per cent of voters didn’t vote for the majors: twenty-four per cent voted for minor parties and independents, five per cent voted informal and nine per cent didn’t even turn up to vote.

But these signs of apparent disenchantment with politics being ‘business as usual’ are not grounds to undertake structural renovations of our democratic framework. Rather than a new democratic crisis, we are facing an old-fashioned political problem of politicians being on the nose and out of touch with significant parts of the electorate. The good news, therefore, is that in a democracy this problem — and the lack of trust in politics —  might be ultimately self-correcting when political reality dawns. Depending on how political elites respond, this correction need not result in disruption, if it is realised that the salvation of democracy — and the saving of the political establishment — lies in applying the simplest rules of retail politics and seeking to better represent the views and values of the electorate. We don’t need structural changes that give us less democracy. What we need is more of a genuinely representative democracy.

So the one structural change I would be inclined to support is the democratisation of the major political parties to make the political class more representative of the electorate. If there were, say, democratic plebiscites of party members for pre-selections, a number of improvements might follow.

First, it would be worth joining political parties once members had real power and authority over their direction. It would also open up the political class to preselected, and then elected, candidates who do not tread the now standard career treadmill of student politics to MP advisor to a spell in a government relations job, and then to entering parliament.

It would also ensure that MPs have to ensure their views and values are more aligned with a broader mass of voters inside their parties — and that the successful candidates are likely to have the retail political skills that are most needed in our parliaments. Party democracy would also provide a check on the leadership ‘game of thrones’ — especially if party leaders were also elected by membership-wide ballots.

Jeremy Sammut is a Senior Research Fellow at the Centre for Independent Studies. This is an edited version of a speech originally delivered at the RSA ANZ forum on ‘Ideas for a More Productive Politics’ in Sydney.

A Trot on the Wartime Waterfront