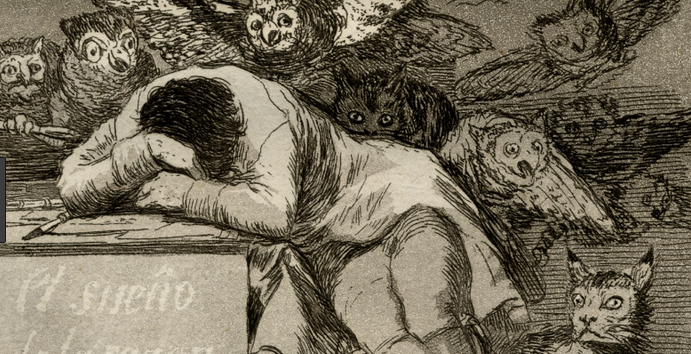 The other day my wife and I were enjoying a coffee at our favourite Kiama café when perverse curiosity inspired me to pick up the free copy of the establishment’s Sydney Morning Herald to see if that sad publication was persisting with the habits that have laid it so low. A tortured compendium of cliches and broad slurs  under the byline of Tim Soutphommasane immediately confirmed that the former Fairfax rag remains just that, a rag determined to stay the course in extending the distance between itself, facts and former readers.

Dr Tim, mustering the first of his cliches, was lamenting once more the “ugliness” of our current politics. Normally, and I suspect like most Quadrant readers, I couldn’t give a fig what our former Human Rights Commissioner has to say on any subject whatsoever, but this particular assembly of dog-eared talking points was punctuated by so many egregious claims it cried out for dissection. So indulge me, please, even though I’m most likely preaching to the choir.

Start with Dr Tim’s key premise: our politics has become ‘stranger, uglier and increasingly disorienting’, apparently because ‘extreme voices’ are getting a more prominent hearing. Enter stage Right and on cue Fraser Anning.  OK, it’s a fair cop. Anning might arguably be termed an extreme voice if based on nothing but his extraordinarily ill-timed and ill-chosen words after the Christchurch massacre. But how “prominent” is the Queensland senator? If he has attained the prominence Dr Tim claims, it’s because the luvvie media can’t resist amplifying any and every word that passes his lips. Now it remains his right, at least for the moment, to say whatever he likes within reason,  but they do not have to give him a platform. Both sides of politics couldn’t wait to tear into him over his Christchurch comments. If he did get a prominent hearing, it’s thanks to the likes of Dr Tim himself and the editors who chose to publish the shallow pool of the senator’s thoughts.

Close behind Anning, treading the boards in Dr Tim’s theatre of shame, came Pauline Hanson and ‘her One Nation crew of conspirators’. Conspiring against what, exactly? That question went unanswered; of course it did. But is Hanson’s voice really extreme? In comparison with a public officer who uses the power of the state and taxpayer funds to persecute a cartoonist, well yes it is. Admittedly, Hanson has form in surrounding herself with dodgy characters, but the same could well be said of the NSW Labor Party for instance. Examine the policies outlined on One Nation’s website and, like them or not, they hardly qualify as ‘extreme’.

Let’s have a look at two of those policies, starting with asylum seekers and refugees, probably the most contentious from a Soutphommasane perspective:

One Nation believes the annual permanent immigration target of around 250,000 people a year should be reduced to a number which would stabilize our population (estimated at 70,000-80,000 per year) …

… The Australian Constitution prevents discrimination on the grounds of race or religion, but we believe we should ban travel (including migration) from known extremist countries …

Additionally, we believe the ability to integrate into Australia should be an important consideration when granting any permanent visa, including under the Humanitarian Program.

We believe asylum seekers, in general, should make an application for asylum in the first safe country they reach.

If that is Tim’s idea of extreme, he needs to get out more. Here is an extract from their Immigration and The Rule of Law policy:

One Nation recognise the invaluable contribution of overseas-born Australians, who have enriched our culture, committed to our values, our law, our political institutions and the equality of the sexes.

The contribution of migrants and their families to Australia is undeniable when migrants come to embrace our way of life and not to change it.

We recognise the value of heritage languages and encourage their preservation.

Nationalistic?  Sure, but a government’s first duty, as the policy points out, is to its citizens. Not an ‘extreme’ notion, I would have thought.

But while we’re on the subject of extreme voices being given prominence, did you hear the one about the vegans stopping traffic in Flinders Street or invading numerous agricultural enterprises?  Or the one about Clementine Ford calling Miranda Devine a ‘c..t’?  Or the one about an indigenous actress attempting, on our national broadcaster, to defecate on the image of a white woman while her co-star wrecked the set while ranting about the broader varieties of white poison? One gathers none of that is ‘extreme’ to Dr Tim because, otherwise, he would have mentioned it. What am I saying!  To one degree or another, all of the above are on his side of politics, so no surprise there.

Dr Tim’s concern doesn’t stop at what he describes as “the fringe”:

… this is about more than the fringe. Parts of the political mainstream seem disturbingly unmoored. Take, for example, how many in the Coalition have publicly suggested the Greens pose an equivalent extremist threat to One Nation. Some in the media fervently believe that reformist environmentalism is as evil as white nationalism.

Well, yes, Dr Tim, if you consider the damage that ‘reformist environmentalism’, aka ruinous green lunacy, is doing and will continue to do to the economy and social fabric of this country. In that case, yes, it is as evil as white nationalism. And besides, what immediate or medium-term threat does white nationalism pose? If there are genuine white nationalists out there, I have never met one.

Dr Tim traces it all back to the 2007 election,  asserting ‘a new toxicity’ was added during the Gillard years:

Gillard’s prime ministership was undermined not only by misogyny, but by Tony Abbott’s relentlessly brutal negativity as opposition leader. Politics grew even more tribal and polarised.

This piece of inner-city folklore no doubt brings comfort to the SMH‘s monoculture of like-minded editors and boy and girl reporters, cheap to hire and fresh from their university indoctrinations. Let’s start with the undeniable fact that Gillard’s prime-ministership was undermined from the start by the bloody knife with which she attained it and Rudd’s reaction to same. Her broken ‘no carbon tax’ promise likewise revealed her pliable attitude to truth, while the constant stream of leaky boats and their tens of thousands of illegal aliens alerted those somewhat less partisan than Fairfax and ABC types to her government’s incompetence at all but manufacturing rationales and excuses for doing nothing. It is a pity Dr Tim failed to give a single example whereby she was treated in any way differently by the then-opposition, Tony Abbott in particular, than any other political adversary might have expected. Sorry, Tim, that ‘ditch the witch’ banner, unfurled behind Abbott without his knowledge, just doesn’t cut it.

As to Abbott’s “relentless negativity”, another shopworn cliche, isn’t that an opposition leader’s job to, you know, oppose? Gillard is sometimes praised for getting 87 per cent of her legislation into law, often with the support of the Coalition. When she failed, it was more often than not because her Greens allies undermined and vetoed her. During the 2010 election campaign, Tony Abbot predicted Labor would introduce a carbon tax.  Labor, on the other hand, predicted Abbott would re-introduce Work Choices.  We now know who turned out to be lying. His ‘negativity’, aka robust opposition, related solely to the carbon tax, illegal immigrants and economic mismanagement. Think here of  school halls, pink batts and all Labor’s other spendthrift follies.

But Abbott’s evil did not stop there, according to Dr Tim:

It got worse when Abbott became prime minister, and continued under Malcolm Turnbull. Driven by the right wing of the Liberal Party and its media supporters, conservative identity politics has trumped the concerns of the mainstream. On issues such as climate change, same-sex marriage, race and free speech, conservatives have revealed themselves to be out of touch with the rest of the country.

‘Out of touch with the rest of the country’? Really?

On same-sex  marriage, 38 per cent of the country voted No.  Those Muslim-heavy electorates in Western Sydney, which also voted against it, are they also of no account in Dr Tim’s estimation? If so, he has the good sense not to say as much. Does your opinion cease to count if you are in the minority?  On  climate change, according to a recent IPSOS poll reviewed by the inestimable  Jo Nova,  less than 50 per cent of Australians believe climate change is causing more frequent and extreme bushfires, more frequent and extreme floods, more frequent and extreme storm events, destruction of the Great Barrier Reef, rising sea levels and all the other alleged perils of which Greens voters and small children live in fear.  In the interest of balance I should point out that 52 per cent believe climate change is causing more frequent and/or extreme droughts.  That slim margin settles it in favour of the alarmist gospel, according to Dr Tim’s logic.

As for ‘race’, once again it would be nice if he could give some examples of mainstream conservative opinion in which racism is evident – real racism, I mean.  In Dr Tim’s world, once a majority of people has reached some conclusion, everyone else must follow, otherwise they’re ‘out of touch’.

Israel Folau has just been ‘put in his place’ by the NRL. He is as ethnic as they come. Don’t expect Dr Tim to take up the case for that shunned individual’s right to free speech.

I don’t agree with the characterisation of the conservative position as identity politics, but Dr Tim is essentially right about conservatives wanting to put minorities in their place: comfortably within a homogeneous and harmonious society, albeit with cultural differences at the margin.

…many conservatives seem to care more about their partisan identities and emotions than they do about truth and reason. As issues such as climate change show, what matters is their version of reality – not what experts would say is happening.

The result: debates are being reduced to hyperpartisan contests, rather than contests about policy and the public good.

Conservatives ‘care more about their partisan identities and emotions’?  What is this ‘partisan identity’?  What is a ‘hyperpartisan contest’? Partisanship is a feature, not a fault, of our democratic system which is all about  the contest of ideas – something I surmise Dr Tim supports only when he finds those ideas congenial.  Let me remind him that the ‘identity’ worn by most conservatives has been imposed upon them by the Left – old white male, white nationalist, homophobic, racist, climate change denier etc  etc.

By now you’re likely more sick that usual of hearing about Dr Tim and his brochuresmanship for the Left tribe, but bear with me, we’re nearly at the end.

There’s a fine line between conservative identity politics and the ideas being peddled by the alt-right and white nationalists.

See the trick? First he conjures conservative identity politics out of his hat while insisting it is no chimera, then confabulates it with alt-right white nationalists. Dr Tim and the SMH, they deserve each other.

Delusions blossom in the ashes of Labor’s defeat