Sin-Binned in the Age of Woke 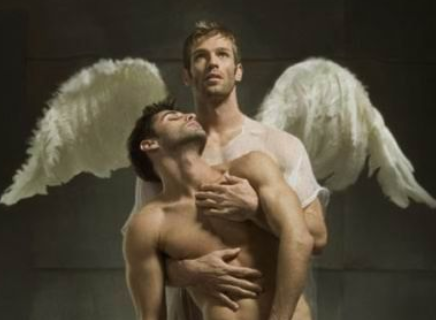 Your better angels, as prescribed by the NRL’s woke theologians.

The case of Israel Folau, a Bible Christian warrior against the sins of our age, demonstrates a number of things about the times in which we live. Few are edifying, not least that we are now afflicted with the kind of organisation that proudly proclaims: “We are inclusive. We have no room for bigots like you.”  Seemingly unaware of the irony involved, and willing simultaneously to hold in quite uncomfortable tension two ideas that do not belong together, the “woke” organisation brooks little opposition from within or without.

Any number of folks have had their say, in the mainstream and on social media, on the Folau matter.  A number of contributions are very wide of the mark, especially from sports writers who, alas, are no theologians.  One even suggested that Folau was “leading with his chin” and “stupid” for daring to quote the Bible.  As ever on matters both Australian and cultural, the now “inevitable” Kiwi prime minister just had to weigh in.

That hideous word, “concerning”, has appeared routinely in relation to Folau’s alleged homophobia.

There has been a lighter side, of course.  The Australian Christian Lobby lauded Folau’s inclusive approach to sin, targeting as he did drunks, liars, thieves, adulterers, fornicators and so on, as well as homosexuals.  As one wag pointed out, where on earth were the thought control police when we (other) sinners needed them to push back against Israel?

Of course, homosexuals are that rare (and very lucky) breed who get to exempt themselves from sin.  And woe betide anyone who dares to call them sinners.

Many have correctly called to Folau affair a fight over free speech.  It is.  But it is more than this.  As that other great and well known Christian, John Anderson, has pointed out, freedom of conscience is logically prior to freedom of speech, and therefore more important, more to be prized and fought for.

At bottom, what is at stake here is whether or not, in this country, an employer has the right to determine what a man or woman of faith may or may not say in public to affirm their faith.  With yet another election in the offing, this matter might be considered to be of fundamental importance.

The so called “concerns” aired by various theologically semi-literate sports and other commentators, with their own ideological barrows to push, have included a number of erroneous or exaggerated issues – from the impact of Folau’s actions on Australia’s rugby fortunes to the hideousness of Folau’s homophobia (sic).  An appalling cynicism is revealed by those who would place the interests (that is, the socially liberal views) of sporting sponsors like Qantas Airlines over more basic matters of principle, like the rights of workers within organisations to have and to air their views.

The bullying of workers, indeed executives and small business owners, in the United States, is very familiar.

From companies like Chick-Fil-A to humble bakers and florists, the homosexualisation of American life has taken a heavy toll on Christians engaged in commerce.  Former Mozilla executive Brendan Eich, who ages ago supported a pro-traditional marriage proposition in California, learned what it means to a traditionalist when his company sacked him.  He certainly knows what I mean.  Pro-life states are routinely threatened by actors and companies.  It is all of a piece with the pulling down of statues by the soft totalitarianism of the woke.  Now, according to First Things Senior Editor Mark Bauerlein (who is currently visiting Australia), university professors will have their formal evaluations by students include whether they have “created a safe environment” for the snowflakes in their lecture theatres. They will be marked down for even suggesting Western Civilisation can have positive things said about it.

The world of the woke bully is upon us.

But the enabler of this peculiarly twenty-first century form of public and private bullying is actually, and perhaps surprisingly, corporatisation.  The rampant political correctness that now pervades parliamentary politics, major sport, business, government and universities has come into being as the result of a long process of embedding managerialism as the way organisations are run.

In business, for example, shareholder value is king, and so what shareholders want, or are imagined  to want, they get, by way of the ruling social liberalism of the day.  Universities are no longer communities of scholars, but are centralised, top-down corporations where the leaders determine what is allowed to be said, taught, researched or even believed.  Try being a climate sceptic in a university these days.  We all saw what has happened to Peter Ridd at James Cook University (which itself is surely ripe for renaming).

Powerful HR departments in medium to large firms rigidly enforce political correctness.  Local government is the same.  Even media organisations send their journalists off for diversity training.  But this trend has also had an insidious impact on national sports, including rugby.  This is why sponsors get to run rugby, and the installed corporate leaders, now generally with little or no previous knowledge of, or involvement in, the sport being any longer required, are simply siphons for those who supply the dosh.  This is how pressure has been brought to bear in the case of Israel Folau’s old style Christian tweets and social media postings.

Corporatisation, long ago anticipated in the brilliant James Burnham’s The Managerial Revolution, has allowed woke ideology, itself the invention of an amalgam of French postmodernists, American progressives like John Dewey, and the Frankfurt School of Eurocommunists, to get their theories implemented.  Other essential reading on the rise of the administrative state and its evil impacts on the earlier, more noble version of the American Republic can be found in the writings of John Marini and Ken Masugi.

The lethal alignment of cultural Marxism with corporatism has delivered a society that now controls thought, belief, speech and action in ways that could not have been imagined by even such prescient and profoundly worried thinkers as George Orwell.

When Folau first earned the ire of his employer and of the woke establishment nearly a year ago, I raised the possibility that the blatant Christians in politics, corporate life and now sport would simply be not allowed to rise to leadership positions and to retain them. This arose in the context of a BBC interviewer’s questioning of the British Tory MP Jacob Rees-Mogg, a traditionalist Catholic, as to whether anyone “with his views” could rise to the top in this day and age.  I was at once minded of Tony Abbott, and of Folau.  Nothing that has happened this week causes me to modify my fears.

And, incidentally, I don’t even think much of Folau’s theology, in particular his casual and, to my mind, ill-informed anti-Catholicism!

A Trot on the Wartime Waterfront