Jottings from a Merry, Muddled England 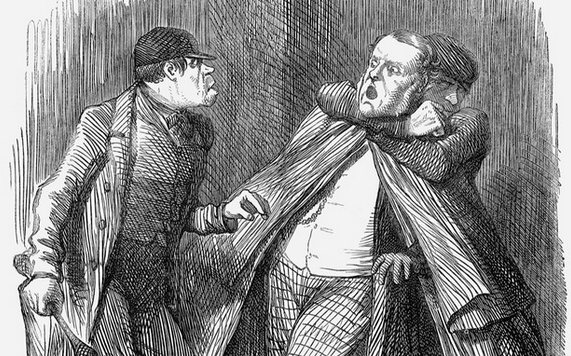 A widely reported study undertaken at Cambridge University, led by a detective chief inspector of the Metropolitan Police, concluded that there could be a new way to forecast where deadly knife attacks will occur. Apparently there is a high correlation between a knife attack in a particular neighbourhood in London and subsequent attacks in the very same neighbourhood. Policing can thus be better targeted; that is, if there are any police officers available. If only Chicago had such intelligence. More studies should be commissioned to verify that it is indeed better to fish in the sea than on dry land.

Home Secretary Sajid Javid wants to bring together teachers, nurses, youth and social workers to tackle violent crime via a “public health approach.” The idea is to prevent young people gravitating towards gang life. He also called on businesses to do more: “Products and services must be designed to make crime harder to commit.” I have no idea what this means. No mention of putting more police on the beat in those areas prone to deadly attacks, which Cambridge University has now brilliantly identified. Not surprising. The Sunday Telegraph reported that police officer numbers have fallen by 20,000 in England and Wales since 2010.

BBC business reporter: “If companies are sat on cash in this way….,” his question began. I detected a slight Birmingham accent beneath the polish. Obviously you can take the man out of Birmingham but not Birmingham out of the man. Doesn’t matter except that there is now no model English that ambitious working class youth can listen to and perhaps try to copy. Mangled grammar is everywhere. 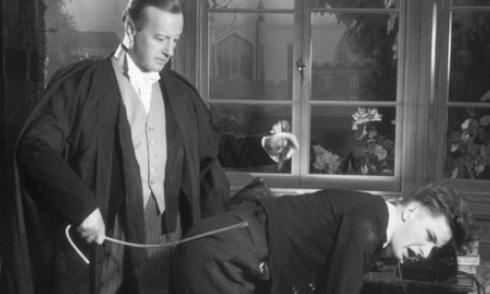 Victoria Derbyshire runs a daily current affairs show on BBC 2. She has a rather snooty, “to the manor born” look but is probably nice in real life. Anyway, in this particular show a mother brought to light that her autistic daughter had been put in an isolation unit at her school on 245 separate occasions. These units are rooms with cubicles rather like voting booths where, under supervision, disruptive children are made to sit and learn in isolation. Caning seems less barbaric. On the other hand, the other side was not presented. Like, what are teachers to do with uncontrollable children? The mother clearly saw it has someone else’s problem — the government’s, the school’s — certainly not hers. It’s a problem alright and it will never be solved while victimhood trumps reasoned, open-minded, debate.

Another victim was interviewed. This time a previous tenant of Grenfell Towers. Since the fire, two years ago, he has been provided with rental accommodation free of charge by the local council. It wants to move him to another property; still rent free by the way. He doesn’t want to go. He and his family are still traumatised by the fire, he says, and he doesn’t want further disruption. He thinks the council might be trying to inconvenience him, intimidate is the word he used, to finally get him off their books.

Again, the other side of the picture was not broached. How long does this chap want rent-free accommodation and in the place of his choosing? It looks suspiciously like a racket to live off rate payers. But he’s a victim, don’t you know! That’s all that counts in this age of extolling victimhood. 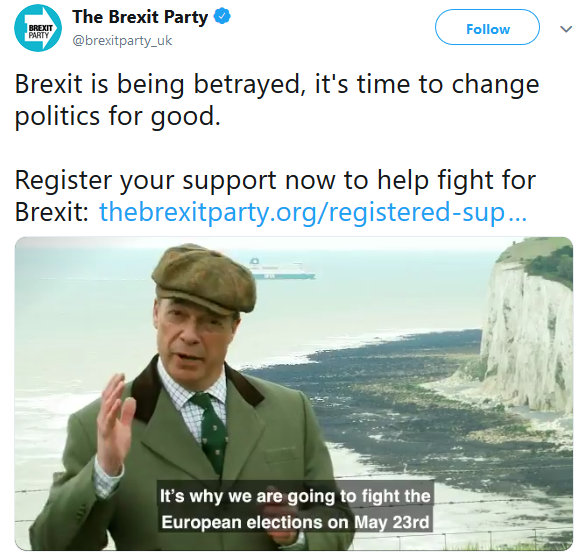 Nigel Farage has got his own Brexit Party together to fight the upcoming May 23 European elections in which, forlornly, the UK looks destined to participate. He can’t return to UKIP, so he says, because it (or at least its leader Gerard Batten) has made common cause with Tommy Robinson who, without directly naming him, he describes in very unflattering terms. I suspect that Farage wants to run a show and not be second fiddle. That’s probably the real reason for him starting a new party, whose video ad can be watched here. That aside, I doubt that what he says about Robinson is true. It doesn’t match what I have seen.

Claims that Robinson is a thug and an extremist are too easily made. The outrageous and patently false charge that Roger Scruton is a bigot was also too easily made and to easily accepted by the great and good. I am not equating Robinson with Scruton; not many can or could be compared with Scruton. My point is that wherever you look truth and common decency seem to count for nought. Calumny is now par for the course. Charges of racism, bigotry, extremism and, of course, being far right are the false accusations of choice. No one is safe.

Farage should be ashamed of himself, but watch many feckless conservatives, who should stand up, run (slink) for cover, whenever a leftist apparatchik points an accusing finger; or, worse still, join the baying mob. 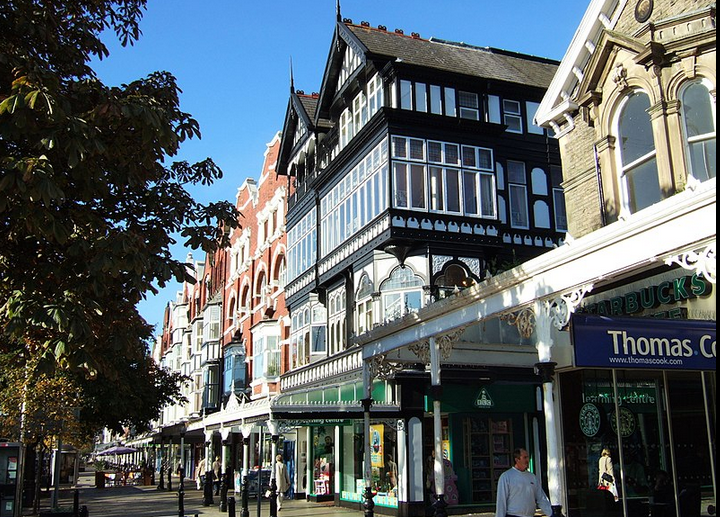 I am staying in Southport right now. It is a small seaside town near Liverpool to which my dad used to take us kids in the 1950s. Having now no traveling companion, I tend to talk to strangers for company; in pubs, in my hotel, in shops, and in a nearby church which I attended on Sunday. It’s pathetic, I suppose, but there it is. I am told generally that Southport has gone downhill. I have to say that I can’t exactly recall what it used to be like. It still seems pleasant enough and has, I would think, one of the grandest main streets — Lord Street, pictured above — on the planet. 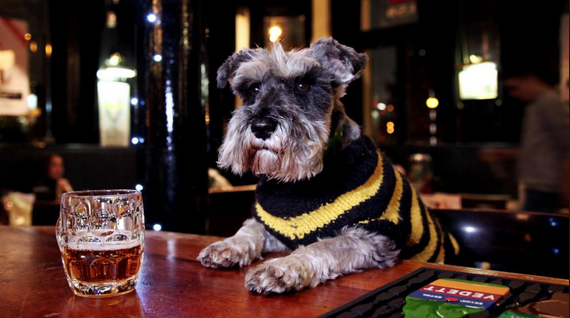 One of my important tasks in Southport was to find a sports bar to watch football. I have found the ideal bar – lots of screens and not too crowded. Sitting there the other afternoon I spotted a dog sitting prone at the bar on a bar stool. As comfortable as you please.  It took me aback, though no one else seemed the least fussed. He, she or it was accompanied by a fortyish attractive woman who, on an adjoining stool, took to fondling the dog’s neck and head at regular intervals.

The dog was middle sized. I am not a dog person and therefore have difficulty in identifying breeds. This one seemed to me to be like a cross between a boxer and a bulldog. But I could be quite wrong. Personally I found it unattractive. I started thinking about the possibility of sitting on the very stool that the dog had vacated and wondering whether the lady owner had bathed the dog before accompanying him, her or it to the pub. Does this kind of thing happen in Sydney or anywhere in Australia? Maybe in the outback? 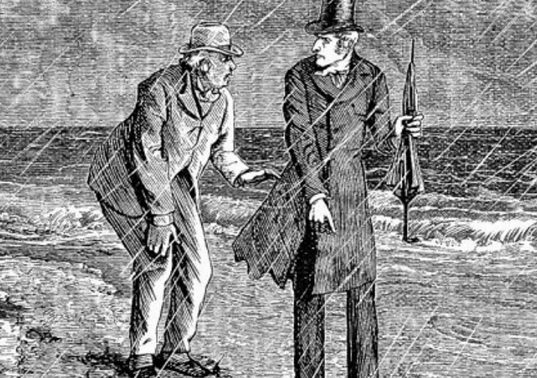 PS: don’t be alarmed about climate change whatever David Attenborough says. Come to Southport. I can vouchsafe that in mid-April it is proving to be immune from global warming.

One thought on “Jottings from a Merry, Muddled England”

The ABC, ‘Independent’ to a Fault