Israel Folau and the Rainbow Dhimmis 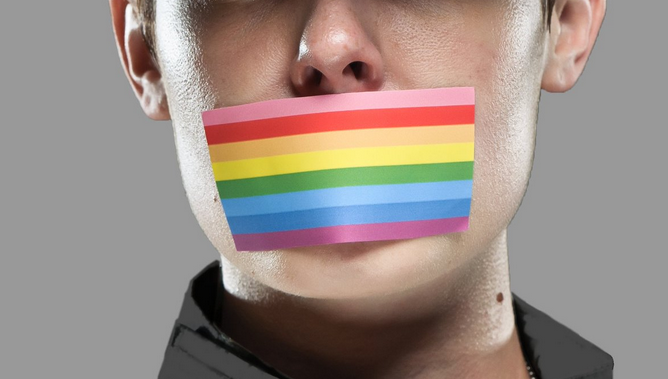 Notre Dame de Paris, on the Île de Cité, is a centrepiece of Europe’s Christian cultural heritage; which is to say, a centrepiece of our heritage. The shocked and sombre reaction of most Parisians to the burning Cathedral was shared by anyone with some sense of the debt we owe to the builders, not only those who laboured over centuries on the cathedral itself, but the millennial builders of our patrimony.

The Sorbonne Quarter lies over the river from the Cathedral, and the first universities emerged from the Church schools as expressions of Christianity’s commitment to learning.  The Sorbonne was the second of the great universities to be founded, around 1150, after Bologna. St Thomas Aquinas studied there under St Albertus Magus as the Cathedral was being constructed.

For Aquinas, as for Augustine and Anselm, for Benedict and Gregory, for Bacon, Kepler and Newton, Descartes and Pascal, Luther and Calvin, the Bible was authoritative – sometimes in subtle ways. St Augustine, for example, thought the whole of Creation had occurred in a single instant. But for all, the Bible is the word of God, the Gospels were the historical record of the life, death and resurrection of Jesus Christ, and the epistles are inspired messages from apostles to the faithful of all ages. They believed, and believing, they built the civilisation of Europe.

For them, the Creation is filled with creatures physical and creatures spiritual, and man, being both, is a bridge between the two realms. He is little less than the heavenly beings, and is created in the image and likeness of God. The rabbis said that a man walking down the street was preceded by angels crying, “Make way!”

The crowning gift of this awful dignity is freedom. God the Trinity desires not merely the worship, but the love of man. In the sanctuary of our hearts, of our conscious minds, where only God can know us, love is freely chosen, or it is infidelity. Unlike a spouse or an adventitious friend, God cannot be conned.

In freedom we can choose to abide by God’s rules, or to sin. King David had a commander murdered to satisfy his lust for Bathsheba. Nathan the prophet reminded him of his sins, and he repented, so God blotted out his iniquities and restored him to the joy of salvation. Telling an absolute monarch that he has committed adultery, and then murdered in order to cover up his first crime, takes courage. Less threatening messages from the prophets brought a violent death. But David had a heart for God. Was Nathan’s warning “hate speech”?

When St Paul set out on his missionary journeys, was he motivated by hate? In his second letter to the Church in Corinth, he wrote:

Five times I received at the hands of the Jews the forty lashes less one. Three times I was beaten with rods. Once I was stoned. Three times I was shipwrecked; a night and a day I was adrift at sea; on frequent journeys, in danger from rivers, danger from robbers, danger from my own people, danger from Gentiles, danger in the city, danger in the wilderness, danger at sea, danger from false brothers; in toil and hardship, through many a sleepless night, in hunger and thirst, often without food, in cold and exposure. And, apart from other things, there is the daily pressure on me of my anxiety for all the churches. Who is weak, and I am not weak? Who is made to fall, and I am not indignant?

It was Paul, who in his first letter to the same Corinthians, wrote (my emphasis):

Or do you not know that the unrighteous will not inherit the kingdom of God? Do not be deceived: neither the fornicators, nor idolaters, nor adulterers, nor men who practice homosexuality, nor thieves, nor the greedy, nor drunkards, nor revilers, nor swindlers will inherit the kingdom of God. And such were some of you. But you were washed, you were sanctified, you were justified in the name of the Lord Jesus Christ and by the Spirit of our God.

Today, Israel Folau faces expulsion from Rugby for repeating the words of St Paul, for the same reason that Paul first uttered them, and for the same reason they have been spoken countless times since by Christians, themselves sinners, to other sinners: out of fear for the immortal souls of those who would not repent, and out of the desire to be in communion with them in the next life. In Australia in 2019, repeating in public the words of the Apostle to the Gentiles will result in the destruction of your career, a torrent of abuse from the Rainbow Brigades, and denigration by so-called conservatives.

We have become so inured to these outbreaks of vituperation and revenge that it is difficult for us to see just what a monstrosity this one is. The purpose in this instance is to make Australians afraid to quote the Bible. What power can effectively ban the foundational text of Western culture from any form of public expression? How has this come about? It’s not on account of the fornicators or the idolaters or the adulterers or the thieves or the greedy or the drunkards or the revilers or the swindlers of whom Folau wrote. It is on account only of the homosexuals.

The archetype for suppression of public Christianity is the dhimma pact imposed by Muslim rulers on Christians in many historical periods and at many locations. A valuable overview of the practice is Dr Mark Durie’s The Third Choice: Islam, Dhimmitude and Freedom. Conquered Christians were offered three choices: conversion, death, or the dhimmi pact. Dhimmis paid the jizya tax, and accepted restrictions on the practice and proclamation of their religion. The method was simple but effective: Christianity was slowly but surely ground down to a remnant in the countries where it first flourished.

Today’s suppression, lacking the simple final sanction, can only destroy friendships, trust and livelihoods. It can only destroy the capability of individuals to function in the public square. You are allowed your private beliefs, but denied the opportunity to communicate them to your fellows at work or in many of the associations in which an active citizen would wish to participate. The suppressed are reduced from citizens to subjects, denied a voice in the ongoing debates that characterise a representative democracy. They live under a form of mob tyranny. These are the rainbow dhimmis.

The queer ideology of this mob is amorphous and ill-considered. Nevertheless, it commands the unthinking allegiance of a depressingly high proportion of Western populations, from Gen-Zs to Boomers trapped forever in an endless late adolescence. Safe Schools is designed to inculcate the ideology in primary school children, ensuring that a new generation will hold the sword to the neck of the rainbow dhimmis. Curiously, a programme ostensibly created to counteract bullying will legitimise for pre-teens the demonisation of Christian beliefs and the relentless bullying of those who hold them.

Behind all of this is the notion that homosexuality is inherently laudable because queers are an oppressed minority, and historical oppression is the certain mark of virtue. It is one facet of the oppression calculus by which even the dim-witted can discern the long arc of history, much as Marxism and Freudianism offered their postulants incompatible theories of everything. There is a certain bitter irony in this: by setting up homosexuality as a pillar of virtue, the “oppressed” have been offered, and far too many have taken up, the opportunity to tyrannise others.

Far too many, but not all. Alan Jones, who neither hides nor trades on being queer, has pointedly refused that invitation. Alan is one of the most successful and prominent figures in the Australian media. Quite apart from the fact that homosexuals are now a protected species in the taxonomy of oppression, for him to claim victimhood would be risible. That has not stopped another very successful, very prominent, and very queer figure from embracing such absurdity. That figure is Alan Joyce, CEO of Qantas, which is a major sponsor of the Wallabies.

For Rugby Australia to ban the brightest star in the Australian game at a time when the code is struggling is an act so monumentally self-destructive that, barring mass psychosis at Rugby Australia (RA), there must be powerful forces in play. Alan Jones expresses everyone’s suspicions.

The bed wetters are now running around squeaking that Qantas may pull their sponsorship because Alan Joyce wants Rugby Australia to sack Folau and, apparently, any of his mates who hold similar views. If Joyce is not applying the weights to Rugby Australia, let him clear the air and say so; but to the rugby follower, a dirty tail seems to be wagging a mongrel dog…

Only another homosexual could get away with that comment, and perhaps only Alan Jones.

If Alan Joyce maintains his silence, he might then say that the persecution of Folau had nothing to do with him. It’s too late for that. Even if RA’s inflamed reaction to Folau’s Instagram post was a spontaneous display of the pre-emptive cowardice we have come to expect of sports and business “leadership,” Joyce’s history of using Qantas to promote cultural changes that he favours, despite the offence they may give to many of his customers, has led everyone to expect that he is using his influence as Alan Jones describes. In this instance, silence, as St Thomas More said, is consent.

The queering of society has gone so far that it has divided the Wallabies. Some of the team are active promoters of the rainbow agenda; some support Israel Folau. By its actions, RA and by probable extension Alan Joyce, have grievously exacerbated these divisions.

Joyce is likely to retire after the Qantas centenary on November 2020. It seems that he wants his legacy to be a national team bitterly divided against itself, and thus representative of the nation as a whole. Bravo! What a triumph of love.

8 thoughts on “Israel Folau and the Rainbow Dhimmis”