Flying by the Seat of a Computer’s Pants 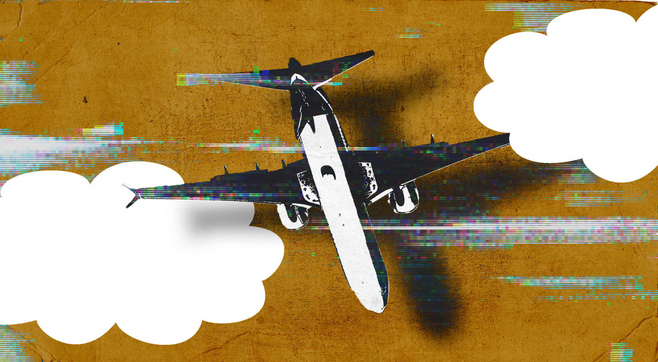 With the eyes of the world fixed on the awful consequences of a design flaw in Boeing’s 737-MAX airliners, nobody seems to have noticed a rather similar problem in its competitor aircraft, the Airbus A320 — even when Australia’s Transport Safety Bureau reported on a near disaster in our skies.

All the troubles in these planes stem from the “glass cockpit.”  Today’s passenger jets – and many smaller aeroplanes – now display all the relevant flight information not on a series of dials, but on what is really a built-in iPad. Gone are the air speed indicator, the altimeter, turn and bank indicator and the gyro compass. Instead, the pilot confronts digital representations of the relevant information in glowing pixels.

Behind that display is a group of computers programmed with thousands of lines of code that are reading, interpreting and cross-checking the vital signals of the plane’s progress through the air, then using that data to control the aircraft and even tell the pilot what, if anything, he needs to do. When something – anything – goes amiss, the algorithms that some engineer thousands of miles away has written years earlier, snap into action to wake the pilot up to the danger.

The ‘wake-up call’ comes in a variety of audible alarms and simultaneously in warning messages rolling down his screen. It’s a medical diagnosis of the health of the airframe, the engines, the hydraulics, electrics and is presented in a pre-determined ranking according to the priority accorded the problem by the software’s writers.  Unlike a good doctor, it comes in many aeroplanes with no prescription for the cure. That has to be found in the Quick Reference Handbook, or in the pilot’s own computer file called ‘experience’.

The result of this new system of “intelligent airplanes” is that too many pilots in too many airlines rely on the computerised systems and autopilot and no longer know how to fly. When bamboozled by a cacophony of alarms and a series of screen-based alerts and demands, they have difficulty in prioritising their responses.  Contrast the superbly logical sequenced actions of the Qantas pilots of QF32 when one of the engines of their Airbus 380 exploded four minutes after taking off from Singapore with the actions of the crews in the LionAir and Ethiopian 737 Max crashes.

So to the story of the Airbus A320, Virgin Regional Airlines aircraft VH-FNP. It was on a charter flight from Perth to Boolgeeda airport with 139 fly-in/fly-out miners for Rio Tinto’s Brockman 4 iron ore mine, in September 2015. Soon after takeoff, both the autopilot and the auto-thrust (engine control) disconnected. The pilots climbed to 20,000 feet to trouble-shoot the problem, then landed safely back in Perth.

All managed well, they might have thought. The ATSB final report, just released, found a very big but. The aircraft’s systems had automatically responded to false data from its sensors, as they were programmed to. And they set off multiple alarms and told the pilots with a message on their screens: NAV ADR DISAGREE. That’s aviation shorthand saying that the Air Data Reference systems – information from the pitot tubes and/or the angle-of-attack (AOA) sensors on both sides of the aircraft are giving different readings. The pitot indicates airspeed, the AOA sensor indicates climb or descent.

Before they could work out whether it was a speed problem or and angle problem, the warning message was pushed off their screens by another — an engine warning programmed to have a higher priority. In the confusion, the pilots wrongly concluded that they had a problem with the angle of attack sensors, which could presage a stall warning. This was issue that brought the Boeing 737 Max undone.

As they were landing back in Perth the stall warning sounded, but they ignored it, believing it was wrong information from faulty sensors. But there was nothing wrong with the AOA sensors; the stall warning was real.

The 139 passengers and nine crew must have been very glad to be back on the ground.

The cause of the problem was found to have been blocked drain holes in the pitot tubes that prevented water escaping. All three pitots were found to have a clay-like substance in them. The AOA sensors were correct, the airspeed readings were wrong. The plane’s approach to Perth airport was too slow, and it came close to stalling. Because the pilots had jumped to the wrong conclusion.

It didn’t end there. Although nobody came to harm, the incident was considered a serious malfunction of the plane’s avionics and flight instruments which could have endangered passengers and crew. The ATSB report says the investigation was complex and involved the plane’s manufacturer, Airbus Industrie. The outcome is that the software of the Airbus A320 range is being updated so that the NAV ADR DISAGREE alert has a higher priority than the engine alerts. It will take precedence over all other messages so that it is immediately visible to the flight crew.

The bad experience of two Australian pilots, plus a three-year investigation by Australia’s transport safety body will make flying safer in the 14,000 A320s in operation around the world.

Geoffrey Luck, a veteran pilot, was an ABC journalist for 26 years. In January 2014, he recalled how inexperience and power lines very nearly cost him his life.