Reflections on Socialism and Nationalism 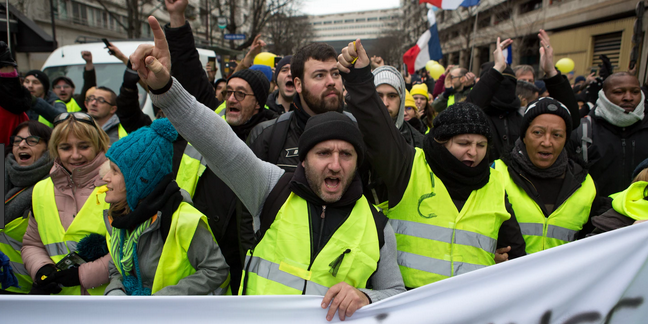 THE relationship between socialism and nationalism has become a no-go zone for the Left in the West, where it has loudly proclaimed its internationalism, laid out the welcome mat for Third World “refugees” and blamed supposedly impending climate catastrophe on the bad economic choices of fellow citizens, seeking to infuse them with a sense of guilt for their alleged racism, xenophobia and greed. All this at the same time the Left seeks to exploit minority grievances and weaken the bonds of patriotism and identification with the nation state. For those with an hour to spare, this SBS discussion of arranged marriages might serve as a guide to the mainstreaming of ideas and practices once shunned as unacceptable in a former Australia.

In one sense, this might seem to be a reversion to classical revolutionary Marxism, except for the fact that a key element of the dogma, international class struggle, has gone missing. Indeed, in recent years the West’s working class has become decidedly hostile to the leftist programme. Look to Trump’s 2016 presidential victory, Brexit and the ongoing of Yellow Vests protest in France. All this and more has seen the Left in need of an alternative. If the current population refuses to give its consent, then a new population should be imported under the cover of humanitarian blather. Perhaps Bertolt Brecht’s famous poem, The Solution, has a new relevance today:

After the uprising of the 17th June
The Secretary of the Writers Union
Had leaflets distributed in the Stalinallee
Stating that the people
Had forfeited the confidence of the government
And could win it back only
By redoubled efforts. Would it not be easier
In that case for the government
To dissolve the people
And elect another?

What all this might indicate is that socialism sans nationalism can only be imposed on advanced Western democracies if a revolutionary elite succeeds with a massive programme of population replacement. Historically, Marxist-Leninist regimes, devoted to international revolution across national borders, had to rely on coercion and terror. Such methods “worked” in Russia and China, neither of which had any developed structure of civil society. Alternatively, such regimes were “occupation regimes”, as in Eastern Europe, imposed by imperial Soviet power.

Here is my hypothesis. A sense of national identity or patriotism is a deep and abiding sentiment. Pure revolutionaries, such as a Jeremy Corbyn, will have little more than a transitory appeal. Unlike, for example, the late Hugo Chavez and current Venezuelan dictator Nicolás Maduro who made “Bolivarism”  a cornerstone of revolutionary identity and nationalist xenophobia, Corbyn appears as a total repudiation of British national tradition. We could make similar remarks about the assorted neo-socialists vying for the Democrats’ presidential nomination in the US.

So often socialists and green leftists in the United States, Europe, Britain and here in Australia seem united in hatred and contempt for their country and fellow citizens while supposedly filled with love for would-be immigrants from the Third World. I suggest that such a motley crew could only hold power by methods which even they might shrink from adopting.

Meantime, outside of the West, when we look at existing socialist regimes, all embrace and exalt nationalism.  Even the last pure communist totalitarian state, North Korea, espouses a virulent xenophobic racism. The other socialist countries, ranging from Cuba, where only very limited private ownership of property is allowed, to the self- described  “Socialist Republic of Vietnam”, which is quasi-capitalist have all embraced nationalism. The late Ho Chi Minh was a committed Marxist Leninist revolutionary. He is now revered as the nationalist-in-chief.  In the case of China, in the aftermath of the collapse of the Soviet Union and the international communist movement,  Clive Hamilton argues  that:

…The CCP built a new ideology around a new narrative for the nation….The new narrative was a radical reinterpretation of China’s history. For decades the CCP had woven a story of class struggle against feudal power and the continuing influence of reactionary forces in China who oppressed the people. Now it told a story of struggle against the bullying and humiliation imposed on the nation by foreign powers. It was no longer an internationalist story that united the oppressed of China with the oppressed around the world but a nationalist story that set the Chinese people against the rest of the world.[1]

Dare we use the label, National Socialism, as a descriptor of current so-called socialist/communist regimes?

The Commissioner for Getting It Wrong