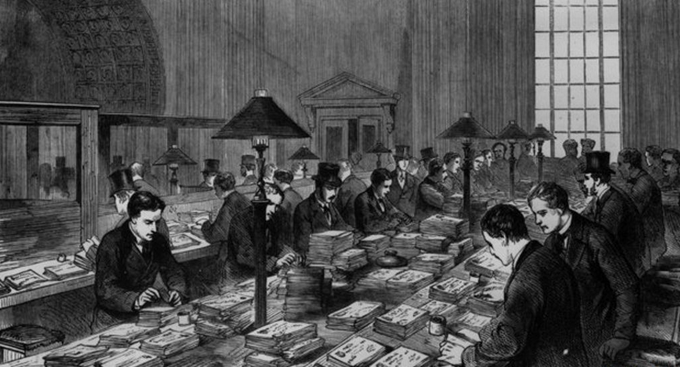 To say Australians do not like their banks is to say nothing, as it strikes me on the strength of personal observation alone that the Big Four occupy a place in the public heart not far removed from parking tickets, pubic lice and any and every English team contesting the Ashes. Interestingly though, Australians don’t get personal – their loathing is institutional, not directed at tellers behind the curtain. Even their bosses who fared so badly in the witness box at the recent banking royal commission don’t draw the extreme ire that in other countries might lead to riots and public burnings. Australians are good like that, ‘laid back’ in this wonderful country a synonym for ‘sane’.

When fury at the banks does erupt it is short-lived. As the banking inquiry bared the shoddy, sleazy and grasping policies of the major financial institutions there were eruptions of spleen almost as creatively vituperative as anything that ever passed Paul Keating’s lips. But then reality reasserts itself and the fulminator is apt to wear a sheepish, self-aware smile. Most Australians — although not, I hasten to add,  your perpetually aggrieved social-justice and class warriors — have this inbuilt brain mechanism. This is why I was unsurprised the banking inquiry did not attract crowds brimming with revolutionary anger. Could it be that, while a dislike of banks is broadly found, it is also shallow? Australians are sensible, recognising those institutions as indispensable, not given to emotions and impulses that would see  baby tossed out with the bath water.

As a father of three, I thought that one of my parental duties was to teach my children to understand and manage money. In order to do so I asked each one of them, ‘Why do banks exist?’  In other words, when one goes to a bank – what do you go there for? Actually, I’ve asked the same question many other people and discovered that an answer (which I learned from Robert Kiyosaki’s Rich Dad, Poor Dad: What The Rich Teach Their Kids About Money) was hard to come by. The mystery of money was seemingly insolvable and the banking mystery of money-handling even deeper. The idea that banks are simply shops which sell money as their product is simply not the popular perception. Yes, that’s right: banks sell money as a grocer sells cereal or an orange. Like any other business, a bank responds to market movements. It means that sometimes you can haggle and bring down the price of a bank’s product, sometimes not. Like any other big business — Coles, say, or BHP — banks are listed on a stock exchange and are obliged to pay dividends to their shareholders. (Attention! Full disclosure: I am one of them.)

Here’s the contradiction, which, to me is insolvable.  We’d like our banks to be full of money, stable and profitable, ever ready to lend us whatever credit we are after. At the same time, we’d like our banks to be nice, socially conscious corporate citizens with the high degree of financial prudence, exercising their credit-creation function responsibly. We’d also like them to pay high dividends and equally high taxes.  It would  also be nice if they could fly to the Mars, reliably predict the future, and turn beach sand into gold. It might come as an unpleasant surprise to social justice warriors that banks, all banks, must produce profits. If they don’t they will go down the gurgler and, I might add, our money will go the same way. Post-revolutionary Russia, post-WWI Germany, the Great Depression, GFC and the ongoing Venezuelan crisis are the prime examples of such calamities.

Along with millions of self-funded retirees, whose livelihoods depends on returns from fixed-term deposits, I’d love to see higher interest rates. Since current rates are low, those like me saw our returns and incomes decline, but we are not complaining, because we understand that our grandchildren will suffer (as they do from still high property prices) should interest rates go higher.

But let’s get back to the banking inquiry, which uncovered quite a number of sordid irregularities, callousness and a contemptuous indifference to customers’ various ordeals, losses and resulting miseries. We learned repeatedly of genuine hardship, people losing homes and farms for example. Or, infamous by now, the obscene greed enshrined in charging dead customers’ accounts for life insurance. These practices had to stop and they have stopped, or so we are assured.

Yet for my money, so to speak, one question remains unanswered: why did we need to tap the public purse for the $75 million it cost to fund the royal commission? We already have a plethora of institutions whose job it is to watch over the health of our financial institutions and the conduct of their executive cadres. Where were these watchdogs while dead customers’ accounts were being fleeced and pillaged? Were APRA, ASIC, CCC, ATO and the similar guardians asleep all those years? I have a sneaking suspicion that, should we abolish these organisations and instead convene a royal commission every so often, it might save us some serious money and be more effective at keeping banks and bankers on the straight and narrow. If a royal commission was needed to do thes mse sleeping beauties’ job, why do we need them at all?

Most professions, doctors and lawyers to name two, have codes of conduct obliging practitioners to act in the best interest of patients and clients. When you enter a doctor’s surgery there is no need for the caveat emptor admonition because you can be sure — well, pretty sure — their goal isn’t a shakedown. To borrow a longing thought from Eliza Doolittle,  wouldn’t it be lovely to feel the same confidence when entering the local bank branch?

United Only By Mutual Contempt

The blindness of modern economists