The Jane Austen Society states their heroine (left) never ventured further north of Litchfield. Educated, mainly at home, she shared a bedroom with her sister, Cassandra, and, although there were visits to London, and some time in Bath, her life revolved around her family in Hampshire and Kent.

Yet in November, 2016, the British Chancellor, Philip Hammond, pledged £7.6 million to rescue Wentworth Woodhouse in South Yorkshire, the largest privately-owned residence in the Kingdom, claiming that it was the inspiration for Pemberley. Wal Walker, an Australian descendant of the Earls of Stafford, early owners of the house, has gone further, in an extraordinary two-volume biography, Jane & D’Arcy (Arcana Trust, 2017), making the audacious claim – not just that Jane visited Wentworth Woodhouse but that she secretly married one of its scions.

In his first volume, sub-titled Folly is not Always Folly, Walker, interlacing contemporary factual accounts with extracts from the novels, painstakingly builds his circumstantial case. He suggests that in late summer 1786, D’Arcy Wentworth (below left), a soldier-surgeon from the impoverished Irish branch of the Wentworths, met Jane and her sister, Cassandra, in Reading where they were both briefly at boarding school. They met again a few years later when D’Arcy attended a monthly Assembly in Basingstoke with his friend, William Wickham. (Wickham hailed from Bingley in the West Riding). D’Arcy then called upon her after she went to London in April, 1789, to help her neighbour, Anne Lefroy. He later took her to a reception at Wentworth Woodhouse being hosted by his kinsman, the 4th Earl Fitzwilliam, in honour of the Prince of Wales. 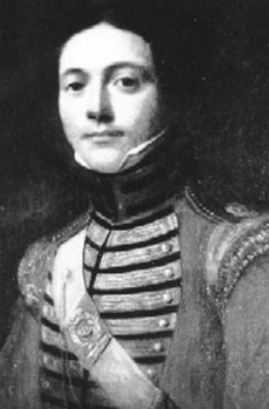 As Walker has it, love was declared and D’Arcy and Jane crossed into Scotland and, dear reader, he married her – at Gretna Green in the second week of September, 1789. After travelling to Edinburgh, they returned to London and rented lodgings in Clipstone Street off Great Portland Street, taking the name of Wilson. Quoting Walker, D’Arcy was “confident he would have a salaried appointment in Botany Bay, and they would sail there together to take it up.” Earl Fitzwilliam had recommended his cousin to Evan Napean, the Under Secretary at the Home Office. It was late October in 1789.

But within a week, D’Arcy was charged with highway robbery (it is established fact that he had been charged of the same offence three times in 1787 when he was found Not Guilty on two counts and acquitted on the third). According to the Public Advertiser of November 16, 1789, D’Arcy’s wife, ‘Mrs Wilson’ (Walker attests this was Jane), was interviewed and “claimed her name was Taylor; that she came from Worcestershire, but did not know anything of her family at present.” The Times of December 10, 1789, reported that D’Arcy, by now something of a celebrity, was again acquitted.

The judge was informed that D’Arcy was taking up an appointment as Assistant Surgeon and was to sail with the Second Fleet for Botany Bay in the Neptune. This proposal was referred to as ‘self-transportation’. Walker adds that Jane was present at the Old Bailey and, now that he was free, they would go to Steventon to seek her father’s blessing and hope that he would marry them before they set sail from Plymouth.

Jane was back with the family at the vicarage for Christmas while D’Arcy made preparations in London when, according to Walker, her brother James learnt of D’Arcy and his history. The family feared for their reputation and disgrace for Jane. So her father forbad the match. Jane acquiesced. “She had spent seven weeks and one day as D’Arcy’s wife and forty days alone without him in London.”

The family agreed the episode would be a closed book. Jane’s correspondence from this time is missing. But, says Walker, “Jane had a great desire to hear and to say D’Arcy’s name aloud. By making D’Arcy a surname, she gave her characters the freedom to speak it without reserve. By this means she ensured his name and her great love for him have resounded across the years.” 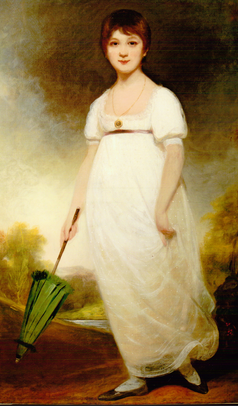 History records that D’Arcy Wentworth sailed for Port Jackson on January 17, 1790. It is also recorded, in James Austen’s weekly magazine, The Loiterer, that another brother, Henry Austen, wrote on the day before D’Arcy set sail, “applauding the world for getting rid of its superfluous inhabitants, both Poets and Pick-pockets Prudes and Prostitutes, in short all those who have too much cunning or too little money …. shipped off with the very first cargo of Convicts to Botany Bay.” Another coincidence.

By the time the Neptune landed in Sydney’s Port Jackson, in late June 1790, D’Arcy had taken a mistress from among the convicts; Catherine Crowley. How could he? However, D’Arcy never married Catherine, or anyone else; but he did father ten children by various mothers, founding his own Australian dynasty through his eldest child, the explorer, author, barrister, landowner, and statesman, William Charles Wentworth, who was conceived on the Neptune. It was William Charles’s great-grandson and namesake, Bill Wentworth (1907 – 2003), who confided in his nephew, Wal Walker, about the family’s link to Austen. Volume II, Such Talent and Such Success takes up the story of the divided couple’s parallel lives from 1806 and D’Arcy in Sydney awaiting approval to return to England to claim his Jane.

What can one make of these astonishing claims? I should add that Jane has been self-transported once before – in Barbara Ker Wilson’s Jane Austen in Australia (1984) but this engaging conceit was fiction. That the scores of biographers – from her nephew, James Edward Austen-Leigh, in 1870 to David Cecil, Elizabeth Jenkins, David Nokes, Claire Tomalin, Paula Byrne – could find no links to D’Arcy Wentworth is surely persuasive. But when one looks at the – admittedly disputed – Rice Portrait of 1789 (given to Jane’s great-nephew John Morland Rice), of thirteen-year-old Jane, it beggars belief that the 27-year-old D’Arcy could have married this child. In September, 1789, Jane was not only ‘not one and twenty’ – she was not even four and ten. (Even Lydia Bennet was sixteen when she eloped with George Wickham)

But all-in-all, (as faithful readers of Quadrant would have seen from Penelope Nelson’s elegant, sympathetic review in the June, 2017,  issue) this is an entertaining work of historical detection, the fruit of the closest reading of Austen’s prose, and one that suggests she poured into her fiction a few forbidden, tumultuous, intensely romantic months of an otherwise uneventful existence, after she was forced to purge it from her life.

Walker’s thesis may exasperate the purists and antagonise the Janeites but it should, in any case, in this bicentennial year, lead more readers to her fiction and they can be transported.

Sin-Binned in the Age of Woke