The Arts in Gellibrand: Part II

Earlier this week, Quadrant Online shared with readers the news that the Australia Council had bestowed a recent $10,000 on artist Georgie Mattingley, who makes “art” out of her own poo and courts her muse in the Melbourne suburb of Sunshine, part of the seat of Gellibrand, where the local council makes studio space available. We sought the view of Minister for the Arts Mitch Fifield by submitting ten questions to ascertain his official perspective on the aesthetics of excrement. His response:

See also: The Art of Grants and Excrement

8/ Does the arts funding regime need to be reformed?

If Senator Fifield — who tops his party’s Victorian Senate ticket and is, presumably, the best candidate the Liberals can offer — ever finds himself inspired to support the notion that the Australia Council should not be an unsupervised cash-dispensing law unto itself he might ponder a few other examples of public funding. All the recipients listed below, with amounts received and examples of their work, are from one tranche of grants, the most recent, to just one electorate, Gellibrand.

To learn some of what your culture dollar buys, read on (emphasis added):

THE RABBLE (Kate Davis and Emma Valente) was formed in 2006 from a desire to make work that wasn’t being produced in Australia: visually ambitious, political, feminist and formally experimental.

THE RABBLE exists as a reaction to a conservatism that dominates our stages. THE RABBLE aims to radically re-imagine theatrical experiences and to repopulate familiar stories with female voices and aesthetics.

THE RABBLE points at subterranean feminist concepts in iconic stories from folklore and literature. Our productions are realised through sweeping design and intense theatricality. We have abandoned male-dominated play scripts and replaced them with an improvisational methodology using poetry, prose, image, tableaus and gesture.

And what does $100,000 buy by way of entertainment? Enjoy the clip below 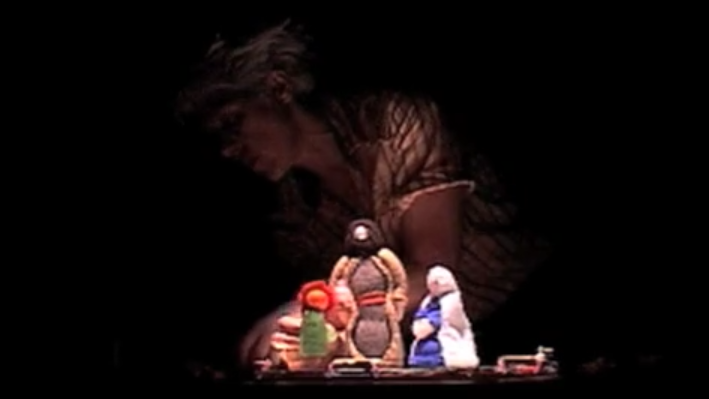 Hubcap principal Donna Jackson (above and having a little fun with Jesus, Mary and Joseph) gives her version of Catholic doctrine on illegitimacy (at the 4.50 mark of this video). It is nothing like anything the Vatican would recognise.

Ms Collyer writes plays, a sample of which can be viewed below. Before that, however, read her interpretation of Waiting For Godot:

I can’t imagine Beckett intended the play as an allegory for the demise of the patriarchy but something about last night spoke of this to me. Of the absurdity and the ongoing damage of violence inherited from those hungry for a certain kind of power. Of how that is completely unsustainable for humanity. Of how it is the ‘others’ who are now busy-busy and who are most definitely the way of the future (the active, activists, those non-white-haired-white-skinned-old-men). Meanwhile those men are bewildered. They have lost something and they don’t know what to do next.

It’s not that simple of course it’s not. Because men quite unlike Beckett’s characters are still in control of so much. Still perpetuating extreme violence on a grand scale. And it’s not those men who live in wake of current global devastations. It’s still the ‘others’.

But there was something for me in this piece. “Why don’t we hang ourselves?” About what might be sitting under the surface of all the angry men gripping so tightly to their positions of power right now. A sense of terror about what has happened (Yes, what you did or what you allowed, what you slept through) and even greater fear about what is to come. (Will there be a place for me, how will I know what to do, who will tell me?)

Many of us know it’s not Godot we are waiting for. Those tramps may well get left behind. I hope, in a sense, they do. Waiting for the ghost of authoritarian maleness while the rest of us step forward into new ways of being, new voices being heard, new structures to live by.

Got all that? Now enjoy some ex-pirates, one of whom periodically appears to be in quest of transgender justice:

While it is a good idea to keep youngsters off the streets, it is open to debate if encouraging them to see racism everywhere is quite so laudable. Consider the clip below, for example, and note that the only identifiable native Australian — the broad Strine is the clue — is a racist and, predictably, an Islamophobe to boot. As for society’s victims, they are asylum seekers and exploited Africans mining cobalt so white people can have mobile phones.

Unfortunately, because Quadrant has an ancient and deficient online publishing system which we have been unable to upgrade for want of spare cash, there is a limit to the number of videos that can be embedded on a single page. The still below captures the Australian character  (right) railing against “them halals”. To view the entire trailer, follow this link. 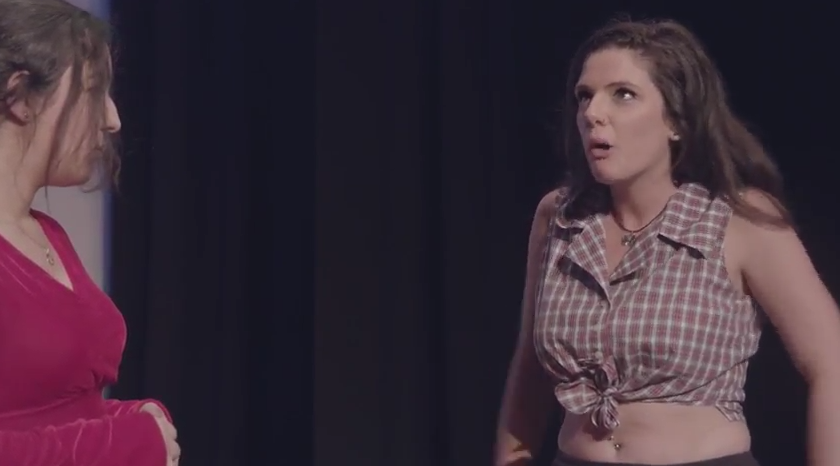 That should be enough taxpayer-funded culture — in excess of a quarter of a million dollars’ worth — for one day.

Unlike those gifted below, Quadrant was stripped of its Australia Council funding.
To survive and thrive we need subscribers.
The grant-backed arts community gets by with the extensive help of taxpayers.
Quadrant has only its readers, supporters and donors.
Please subscribe by clicking here

Roger Franklin is the editor at Quadrant Online

Enemies of the People