Ridicule the Burqa? Loudly and Always

Did anyone in the public square approve unstintingly of Pauline Hanson’s parody of black-sack wearers? I didn’t spot anybody. Here is Ayaan Hirsi Ali in The Aussie (19/20 August): “Pauline Hanson can and should be reprimanded for her unparliamentary behaviour.” Miranda Devine (Sunday Telegraph, 20 August) described “the stunt” as “repellent”. I chose Hirsi Ali and Devine because they are on the sensible side of the Islamic issue. Yet both took umbrage at Ms Hanson’s parody.

You will notice that I have left aside the unctuous remarks of George Brandis. After all, currying favour of Islamists is where the Labor Party has already gone and, where leftists have gone, modern-day Liberals are not far behind.

Take a step back. Our very values are under threat by a growing alien force in our midst and Hirsi Ali cares about unparliamentary behaviour and Devine uses a word to describe Ms Hanson’s dress-up which she might care to reserve for describing various Islamic barbarities, like throwing homosexuals from tall buildings.

This is my view. The burqa is an affront to civilised values and has no place in Australia. It should be mercilessly parodied. 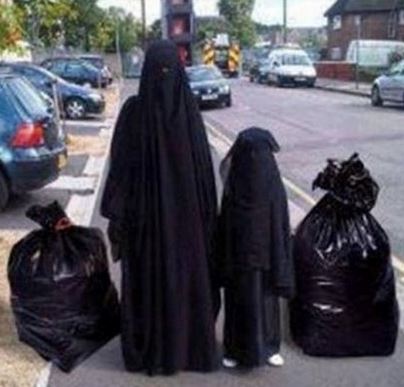 This is not to say that a free society should outlaw any particular mode of over dressing in purely public places. However, holding it up to continual ridicule is entirely appropriate. So, without qualification, good on you, Ms Hanson. But, at the same time, let’s face facts. The burka is a peripheral issue.

Islam is a real, present and growing threat to our way of life. Its values are not our values. It is a backward religiopolitical ideology. Those who hold to it, however intrinsically peaceful they happen to be, are part of the problem. Apologists and appeasers are also part of the problem. Our parliaments, our media, our churches and large swathes of Western populations have no will to fight. Arms have already been laid down. Unless things change and the will to fight rediscovered, it is only a matter of time before we are swept away into the dustbin of history.

People are mowed down in Barcelona and Wolf Blitzer, on CNN, wonders if the incident in Spain was possibly a “copycat” of the incident in Charlottesville, Virginia. Apparently, he has difficulty in seeing beyond white supremacists and Donald Trump and in connecting Islamic dots. These are the recent European Islamic dots: Promenade des Anglais, Nice (17 July 2016); Christmas Market, Berlin (19 December); Westminster Bridge (22 March); Central Stockholm (7 April); London Bridge (3 June). Blitzer might be a fool – he obviously is – but he is not an outlier among apologists for Islam among media hacks. 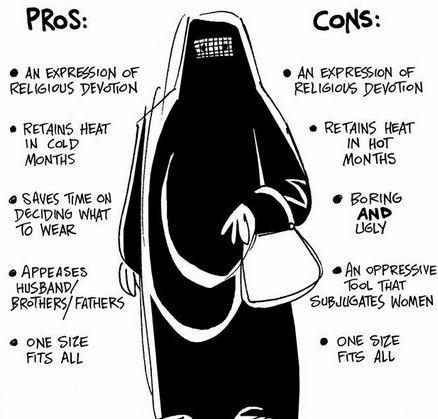 After Barcelona, I heard various security experts talking about the need for bollards in major pedestrian thoroughfares. A new report, “Australia’s Strategy for Protecting Crowded Places,” commissioned by Malcolm Turnbull, apparently suggests other barriers such as statues and planter boxes. We will not be “cowed”, the PM intoned. Really? Then perhaps the statues should be of Pope Urban II, Pope Innocent III, Godfrey of Bouillon, Richard the Lionheart, and other crusader notables who tried to push back invading Islamic hordes.

An insidious religious ideology is spurring Muslims to hate and despise Western values and barriers — barriers, for God’s sake! — are being installed to prevent religious zealots from mowing people down in the street. How many streets? For how long? It redefines the definition of pathetic.

Meanwhile, as the bollards are installed, Muslim migrants continue to pour into the West, form ghettos, institute sharia law, and multiply. Not one word or jot is subtracted from Islamic supremacist ideology; notwithstanding the forlorn appeals from dreamers for Islam to reform, whatever that means. Each day, multiple times, pious Muslims recite a prayer thanking Allah for showing them the path he favours, not the path of those earning his anger (Jews) or those who have gone astray (Christians).

And the answer apparently, apart from bollards, is beefed up surveillance and security, inconveniencing law-abiding grannies at airports and de-radicalization programs designed to dissuade Islamic youths from obeying the words of Allah and killing infidels. To wit, us. Hands up anyone who thinks any of this will provide an enduring solution for a fourteen-century old problem. If you have a problem with anarchists or with, say, the IRA then infiltrating, incarcerating and killing the enemy are large parts of a solution. But exactly what do you do to combat a religious ideology with fourteen centuries of history and 1.7 billion people behind it. The ideology is an ever-giving poisonous well. Only cutting off the well will do the job. And the easiest option to do that is now closed. 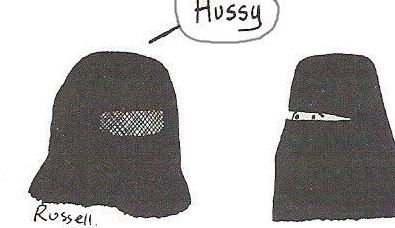 Limiting Muslim immigration to very few would have worked. Sorry, it’s now too late. Our vacuous political masters sold us down the river years ago.

As Muslims are now inside the tent in large numbers, the only option is to combat the ideology. This requires a concerted effort to marginalise and disparage discordant Islam values. Theoretically, if it can be done with white supremacism, it can be done with a pernicious breed of religious supremacism. Part of that effort will entail not providing a ridiculous escape hatch by distinguishing between good and bad Islam. It is bad in its entirety. Its scripture provides an untenable blueprint for the way 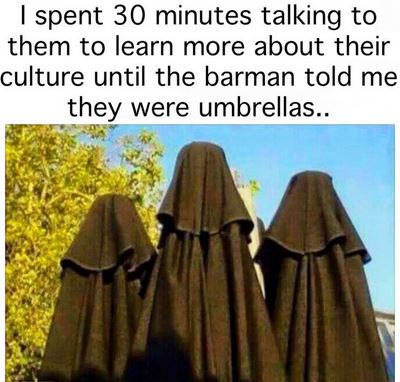 we want our society to work.

Unfortunately, there is no sign of our society having the gumption to take on Islam. Milquetoast Christian leaders have already sold out with their pathetic one-sided inter-faith dialogue. You might as well negotiate with Hitler, Stalin or Kim Jong Un.

How about humanists? They are akin to nihilists. And if you believe in nothing, beside the fact that we accidently evolved from bacterium via ape-like creatures, exactly what do you fight for? Politicians would sell their mothers out for a Muslim vote. The media have been infiltrated by globalists with no sense of national pride. And, as we saw with Pauline Hanson,  even journalists and commentators of conservative bent can’t resist virtue signalling – fiddling while Christendom is burning.

Never too Young for a Brainwashing