Sympathy for a Strangler

Do serial killers –  in this case the strangler of schoolgirls – ever deserve a measure of sympathy? Are they exempt from miscarriages of justice? With Arnold Sodeman, executed for murder, this appears to be the case. The case that led to Sodeman’s arrest and execution was the murder of six-year-old Leongatha girl June Rushmer (left) on the morning of December 2, 1935. Her body was discovered outside the Gippsland township; bound and gagged, she had died of suffocation.

Arnold Sodeman was working on a crew repairing roadways. On the day of the Rushmer murder a witness saw him riding his bicycle to the reserve where the body was found. As a result of information from a suspicious workmate, Sodeman was questioned by the police. Witnesses stated that they had seen Rushmer with a man on a bicycle shortly before her disappearance. After twelve hours of interrogation, he confessed to all the murders, describing how he would link his thumbs together to choke of his victims.

Arnold Karl Sodeman was born in Melbourne in 1899 to a family with a history of mental illness. His father died of generalized paresis in a mental hospital, his mother had a dementing disorder and his paternal grandfather died in an asylum. Sodeman, however, did not have syphilis, and dementia is not usually transmissible.

As a child he was beaten by his father – another possible cause of head injury – and ran away from home at 13. He engaged in crime, mostly theft, and spent several years in jail but appeared to settle down in his mid-twenties. Sodeman married Bernice Pope and had a daughter. He was often drunk and occasionally depressed but never violent to his family. To those who knew him, he appeared to be hard-working, amicable man leading a law-abiding existence. In 1933 he had a head injury when thrown from a horse. 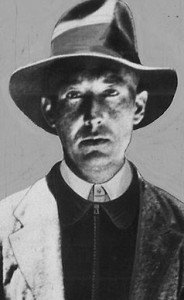 Sodeman (left) was tried in February, 1936, for the murder of Rushmer. As he had confessed to the murders, the trial revolved around his defence of insanity — namely that he was not responsible for his actions, the so-called M’Naghten Rule.

The trial was forensically unusual in that all the doctors who examined Sodeman were of the same opinion. The government medical officer, Dr A J W Philpott, and his assistant, Dr R T Allan, gave evidence that Sodeman was suffering from a disorder of the mind which created an ‘obsessional impulse’ of such power that under the influence of alcohol he was no longer responsible for his behaviour. Since Sodeman was intoxicated on all four occasions, he was insane at the times of the murders. Their conclusion was based on his repetitive behaviour and family history of insanity.

The defence psychiatrist was Reg Ellery, the most prominent Australian psychiatrist between the wars. Ellery had gone into psychiatry in 1923 at Kew Asylum for lack of a better offer. His attempts to clean up the so-called Idiot Gardens led to a sensational Royal Commission from which he was exonerated. He went on to be the first Australian to use malariotherapy to cure neurosyphilis and pioneer the use of psychoanalysis. In 1931 he went into private practice in Melbourne, subsequently opening Australia’s second private hospital in Malvern in 1933. He became the leading private psychiatrist in Melbourne, as well as a prominent fixture on the social and cultural scene. 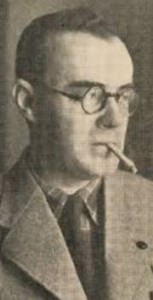 Ellery (right), a radical (and communist), was strongly opposed to the death penalty. He was outspoken in attacking the judiciary, whom he regarded as conservative to the point of reactionary, incapable of understanding psychological issues that led to crime. He appeared for the defence in a number of capital cases, having to restrain his opposition to judicial execution and concentrate on making a case that the defendant could be exonerated.

Ellery found that Sodeman was not responsible for his actions as a result of the toxic effect of alcohol he was neither certifiably insane, nor was he normal. By virtue of his inherited mental instability, he had an obsessional impulse which he could not control when he drank. He would then have an attack when he killed, lasting up to 20 minutes, and could only reconstruct events later on the basis of what he was told. He met the M’Naghten Rule because he did not know the nature or quality of the act when he killed, nor did he know the difference between right and wrong.

At the conclusion of the two-day trial, Judge Charles Duffy advised the jury to distinguish between opinions given by expert medical witnesses on matters relating to the physical body, which could be proved by surgery, and those concerning the mind. Ellery had a point when he said that judges refused to properly consider psychological issues. The jury, sitting for two hours and 35 minutes, found Sodeman guilty and the judge sentenced him to death for the murder of Rushmer.

All appeals failed. Sodeman had not wanted a reprieve because of the fear that, if he lived, he might have committed more murders. He spent his time playing draughts with another murderer. The night before the execution he told the prison governor, “I am glad it is nearly over.” On June 21, 1936, he was hanged in Pentridge Jail without uttering any last words.

The execution was followed by the mandatory autopsy which provided the evidence that had been needed at the trial. Sodeman had leptomeningitis, inflammatory thickening of the membranes lining the brain, which result in serious congestion of the brain when aggravated by alcohol. The cause of this was unknown, but most likely from childhood beatings and other head injuries. The psychiatrists had been right. Sodeman should have been sentenced to be detained in a psychiatric hospital.

By then it was too late. If present-day standards had been applied, Sodeman would have been found not guilty by virtue of insanity. It gives some indication of the problems which can occur with psychiatric evidence in a legal setting. It is as good a case as any for the abolition of the death penalty.

Robert M Kaplan wrote about the Sodeman case in his book The Prophet Of Psychiatry: In Search of Reg Ellery