The Veiled Fate of Europe

Croissant pouvre is a French term for the suburbs least likely to be settled by the European middle classes. Translated literally, it means ‘poor crescent’. This description has nothing to do with the perennial breakfast favourite — it is a word-play on the origin and favoured symbol of the majority of residents in these suburbs.  Paris, Brussels, Copenhagen, Stockholm, Berlin – most large European cities have these ‘no-go’ areas, which also have another description – ‘zones sans-droit’: zones without law.  Simply put, the law of the land does not apply. Instead, Sharia is firmly in control. France has about 30 zones sans-droit, all of which share three three characteristics.

The previous non-migrant, non-Muslim residents have mostly been squeezed out by threats, implied or real violence, intimidation, crime and plummeting property values. With few exceptions, shops operated by Jewish or Christian owners had closed their doors by 2013. Non-Muslim women, not wearing street clothes in accordance with the Sharia law, are routinely and openly accosted, insulted and manhandled by the self-proclaimed Sharia patrols or Islamic purity enthusiasts. The generous social security benefits paid to the residents of these suburbs are regarded as Jizziya – a head tax on dhimmis. These benefits are treated  as an entitlement. This approach helps resolve the theological conundrum, which states that Muslims should not live in lands ruled by non-Muslims. Being paid Jizziya establishes the hierarchy of primacy and subjugation, justifies the contempt and disregard towards local laws and customs and supports the notion that the present situation is a transition towards full control. 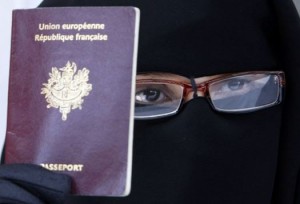 Local police, ambulance and fire brigades are not game to enter – if they do, the likely outcome is violence or, at best, intimidation and contempt. The French police have a long-standing non-written arrangement with these areas’ crime leaders not to disturb their activities within the specified areas in exchange for the containment of illegal activities outside. This has not worked, as you will read below.

These areas of Europe have an acknowledged pool of the ‘international terror’s’ sympathisers, activists, recruiters and practitioners, which can offer help and succour in time of need.  Germany, Belgium, Scandinavian and other Western European countries face similar problems. Molenbeek, Forest and Schaerbeek in Brussels, Saint Denis in Paris, Neukolln in Berlin, Rinkeby and Husby in Stockholm, Tingbjerg in Copenhagen – all  are now centres of organised crime as well as the havens for the perpetrators of recent terrorist outrages in Europe.

The dysfunctional system of Belgian governance has virtually encouraged Molenbeek to became a kasbah in the centre of this European city. Belgium has six governments and Brussels, its capital, has 19 mayors. The security forces are fragmented and compete with one another. Sharing of information between them is unlawful.  Infamously, these defenders of the law cannot disturb terror suspects after the certain time at night, lest they be traumatised after the hate-filled day’s work. Add the impossibility of profiling suspects according to their place of birth, origin of their families or religion and it becomes easy to understand why the Molenbeek, Schaerbeek and Forest areas of Brussels have become a haven for terrorists and their sympathisers. Suffice to mention, that one of the perpetrators of the November, 2015, Paris outrage, Salah Abdislam, was hiding in Molenbeek. The perpetrators of the latest Brussels airport atrocity had prepared for their deed in Schaerbeek and departed from there to blow up the Brussels airport in the name of Islamic glory.

How did it happen?

How did peaceful, prosperous and politically correct Europe become a battleground with recurrent outrages perpetrated in the name of Islam? It started with the unwillingness of the locals to do manual work. To fill unpopular jobs, thousands of ‘guest-workers’ were imported in the Sixties from the countries of the Maghreb, the Middle East and Africa. These people were largely employed until 1980 when an economic downturn put a stop to full employment. They were housed in cheap accommodation, the equivalent of Housing Commission flats in Australia. 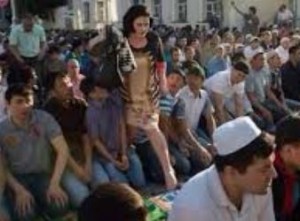 However, the initial work enthusiasm of the new arrivals had evaporated. They realised the combination of generous social security payments and the profits of the narcotics trade beat the hell out of sweeping Paris boulevards in the middle of the night. Soon, the croissant pouvre areas were ruled by ethnic gangs, which instilled an atmosphere of secrecy, confrontation with authorities, continuous violence and extensive links with criminal and terror organisations at home and abroad. Needless to say, some of these migrants’ only hope for income was to work for organised crime. With time, these no-go areas were transformed into zones sans-droit. In order to maintain civic peace, the French police have had a non-written ‘understanding’ with the criminal leaders of the troublesome Saint Denis and Clichy-sous-Bois banlieues, promising non-interference with their activities.

However, when two young drug dealers, fleeing with police in hot pursuit in 2005, hid from the police in the suburban electric substation and were electrocuted as a result, Saint Denis and Clichy-sous-Bois erupted in a mass riot. It ended with hundreds of cars torched, shops looted and automatic-teller machines burgled. Order was restored only several days later, when the French authorities were forced to use water cannon and rubber bullets against rocks and Molotov cocktails. Two years later, in 2007, a police car collided with the motorcycle ridden by two immigrant teenagers. The gendarmes walked off without calling an ambulance. An angry mob attacked two police stations and dozens of police officers were wounded by firearms. This dangerous progression marked an escalation of the confrontation level between the largely immigrant, angry mob and the European forces of law and order.

The areas of compact immigrant settlement are virtually a terra incognita for authorities, because they are ruled, in effect, by organised crime.  Such structures are ideally suited for the purposes of terrorist organisations, such as ISIS, which has ready-made access to recruits, safe houses, material, plus spiritual and logistical support. Due to the overwhelming majority of residents in these areas being Muslim, Islamic terrorists can dissolve within the benevolent and ideologically close community, becoming urban guerrillas.

It is an open secret that the local underground has a well-established connection with their ‘colleagues’ in other countries. According to unconfirmed data, there are about 250,000 people, living in such areas in Belgium alone. In the last 20 years the population there has increased by a third. Half of the residents are younger than 35. After the recent influx of Middle Eastern and African refugees, the numbers, unsurprisingly, are expected to rise and by a considerable margin. Judging by previous history, new arrivals’ ability and willingness to integrate will not be great. Indeed, to say it is likely to be negligible is apt to be a considerable understatement. To put it  bluntly, the ability and willingness of the residents of these areas to integrate into Western culture and mindset is zilch.

Zones sans droit do not exist only in Belgium and France.

In Stockholm it is a “Little Mogadishu” – the name given by the locals to Rinkeby, which has a 90% immigrant population.  Rinkeby got its nickname because of the large Somalian diaspora, which had chosen to settle in this part of Stockholm. Pogroms against native Swedes, regarded as interlopers in their own land, are common [   1] ;  confrontations with the police depressingly regular. Police now avoid this area.

In Copenhagen it is Tingbjerg, a previously nondescript neighbourhood which has gradually became a predominantly Muslim area. Ethnic Danes are leaving at the first opportunity; an openly gay pastor of the local church has fled after the years of being harassed by Muslim youth. In October, 2011, local Salafists declared that Sharia would henceforth prevail in Tingbjerg.

Berlin has its own problem area, Neukolln, regarded as the most troubled and crime-ridden area of this sophisticated and vibrant city. A quarter of its inhabitants subsist below the poverty line, preferring to live on Social Security payments and dabble in crime. Neukolln, with 10% of Berlin’s population, produces 20% of all Berlin crime. In order to provide security for local children, police officers are stationed in Neukolln schools. Police are also stationed at the doors of Berlin’s Jewish organisations. Whenever there is a search for the Islamists, police look first to Neukolln.

If this had been the limit of such immigrant activities, I doubt very much that anyone would have objected strenuously, except in cases of intimidation and blackmail. The trouble is that, judging by the European experience, these areas are fast becoming grey areas of inter-proliferation between organised crime and political terrorism. I believe that the situation described here has serious implications for Australia. I hope that our politicians will make immigration choices which will spare Australia the fate which seems to be  Europe’s destiny.