Let me start with the proposal I put to my students and which has led to the article you are about to read.

“I would like to do a bit for you on the interaction of theory and policy, which this is a particular instance of. I need hardly point out that what Peter did was not due to my influence. What I did do was support him at the time, and have written a book that explains the theory behind why what he did was so successful. Needless to say, it is far outside the modern Keynesian orthodoxy.”

The Peter in this case is Peter Costello. The policy was the cuts to spending that he oversaw in 1996 and 1997. The outcome was the succession of years of prosperity, which took place even as the entire region experienced the Asian Financial Crisis. Oddly to me, he was criticised at the time for the personal tax cuts that came year after year. The strength of the economy also allowed us to increase the level of welfare payments, for which he was also criticised.

These are economic outcomes you will not see the like of for decades to come.

But policy is not theory. Politics is instinct: doing what you think is right because of one’s own convictions. Wherever those convictions may come from, they are the stock of beliefs that guide those who make these decisions that affect us all.

Economic theory is something different. I won’t say Peter did not have his reasons, but those reasons would not amount to what you might describe as textbook economics.

Theory is a generalisable set of explanations, patiently built from axioms and premises into testable conclusions. My interest has always been with theory: Why are things the way they are? What will work and what will not and for what reason?

So if you come back to these days of early 1996, I had already developed a theoretical perspective that explained why cuts to public spending would lead to more rapid rates of economic growth and a fall in unemployment. I can tell you that, at the time, there were very few economists who supported those cuts, and also that, as the chief economist of the Australian Chamber of Commerce, I was able to do to give my support.

Personally, I never had a shred of doubt that the economy would come good — but theory is theory, and then there’s the real world, so you never know. But the economy blossomed and conformed to every prediction I had made. So let us to go to why.

Keynesian theory focuses on aggregate demand. The more spending, the higher will be GDP. The higher the level of GDP, the higher will be the level of employment. There we were, at the end of 1995 following the second set of interest rate increases, facing an economy no longer creating jobs and in which activity was less than it might have been. Those factors were all part of the reason the government changed hands.

With economic activity below potential, the textbook economic answer was (and largely still is) to raise the level of public spending. The last thing you would do would be to lower spending!  There is this entity “G”, Government Spending. And according to the theory, it doesn’t matter what the spending is on, as long as it’s on something. There is nothing that has ever been stated in any Keynesian text requiring a government to spend only where it adds value to the resources it uses up. It’s the using up that adds to employment, the chewing through our supposedly excess levels of saving. It is this theory that has been at the centre of economic management since the 1950s.

In my way of looking at things, however, everything depended on what the spending was on. An economy will grow only if a large enough proportion of production creates more output than it uses up during production. What I had learned I had learned from pre-Keynesian economists. As they made clear, public spending — any spending, unless it is in itself value-adding — will only slow growth and reduce employment. From that perspective, cuts to non-value adding forms of expenditure would allow a transfer from a non-productive to a productive use of resources.

For an earlier confirmation of the good sense in looking at things this way, consider Prime Minister James Scullin, who in 1931 cut public spending and lowered wages as a means of dealing with the Great Depression. The result was that Australia was the first economy to come out of the Depression, which ended here in 1932, a year before recovery became evident elsewhere.

But the other consequence was the Scullin government lost the next election. It is a brave politician indeed who cuts spending, economically necessary as it may be. Very few have done it and survived. 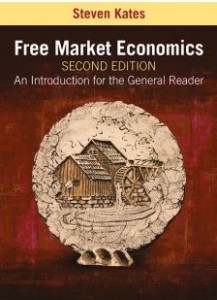 Came the Global Financial Crisis and with equal certainty I said that amongst the worst mistakes a government could make would be to increase the level of spending to restore growth and lower unemployment. To explain why such spending would not lead to recovery I wrote a book on the nature of economic theory. I said to my RMIT class at the start of 2009 that there would be no set text for that semester. Instead, I would write the text over the following twelve weeks, and they could print out the latest chapters as each one was finished. At the end of the twelve weeks I had a book, which was published in 2011 as Free Market Economics: an Introduction for the General Reader. What I wanted to say was there, but not as well-crafted as it would have been had I had more time to think things through. Now a second, much better version of the book has been published. At a risk of immodesty, I believe it sets out how economies work in a way that will explain many things — not just why valueless public spending creates neither prosperity nor jobs. The evidence for what I say in the updated and expanded second edition says is everywhere, not least why the stimulus did not stimulate but has left us in an even deeper hole.

In 1932 there was the Premiers Plan advocating cuts to spending, which had the backing of virtually the whole of the economics establishment in Australia. Today, there is Keynesian economics instead, which provides an argument against taking these very necessary steps. It should not require us to revisit the modern Greek version of the Great Depression before we do what is necessary to restore our fiscal position, but that seems to be how the politics of the present are found.

Steven Kates is Associate Professor of Economics at RMIT University, Melbourne, Australia. The newly released second edition of his Free Market Economics can be ordered here.

Those Undefined Bollards of Peace

Abbott to the Rescue