This Editor Keeps Her Head

Dear Ayatollah, Yes, I know your lot commits butchery on a grand scale; engages in the most godawful terrorism; executes people for the merest trifles; ill-treats women; and, given half a chance, would have us with our posteriors uppermost paying homage five-times a day to a vengeful deity conjured up by a seventh-century illiterate warlord. But, still and all, there is no excuse for our use of hurtful words. Yours Ingratiatingly…

I was skimming through the February 5 edition of the London Review of Books when I came across a letter expressing disappointment with the tepid response of the magazine to the Charlie Hebdo attack. The editor, Mary-Kay Wilmers responded to the letter. She began this way: “I believe in the right not to be killed for something I say, but I don’t have a right to insult whomever I please.”

Magazine editors pay attention to words. Note the formal ‘whomever’. Accordingly, we are entitled to expect that each word is weighed to ensure that within context it is clearly conveying its intended meaning. But, in this case, I simply don’t know what Ms Wilmers intended by applying the same word ‘right’ to two quite different (juxtaposed) propositions. 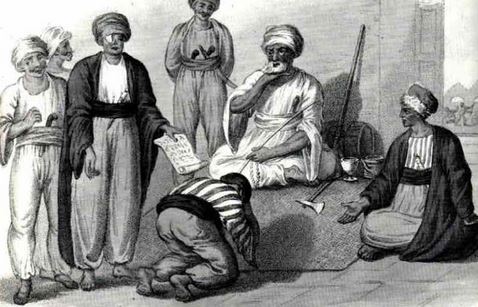 Let’s first take the proposition that we have no ‘right’ to insult others.

Darn tootin’ we don’t, if good manners are the yardstick. It’s ill-mannered to be gratuitously insulting of others and, in former times, you used to get a belt from your dad if you tried it when young. It can also be cruel and vindictive when applied to those who are vulnerable or who’ve suffered a history of abuse. But, surely, the word ‘right’ in this context is a world away from the ‘right’ not to be killed for speaking out of turn.

Conflating the two ‘rights’ in the one sentence is either extremely sloppy or disingenuous; and it is offensive too, in my view, to the families of those killed. But Ms Wilmers is entitled to be offensive. That’s free speech in action.

An essential ingredient of a free society is that people have the legal right to voice their opinions in ways which might be judged offensive. The right of free speech is not put to the test unless it is offensive. This doesn’t necessarily mean that anything goes.

A.C. Grayling makes an important distinction in Liberty in the Age of Terror  between being offensive about what “people cannot change [such as] their sex, race or age” and things that they can, such as their “religious affiliation”. The latter he believes is fair game, whereas placing restraints on the former might be justified in certain cases. Though, in Grayling’s words, these cases must “be specific, narrowly defined, and extremely well justified”.

So, if Grayling is taken at his word, insulting Islam is fair game because a religious affiliation is a choice. Mind you, hold on, there might be a problem. Islam is the only religion where you don’t have freedom of disassociation. Leave it and you’re dead, or potentially dead, depending to which Islamic country, society or family you happen to belong.

This brings me to Ms Wilmers’ other proposition: that we have a ‘right’ not be killed for something we say.

Those of us brought up within Judeo-Christian societies recognise a God-given right to life and that it should not be lightly extinguished. The sanctity of life is a tenet of most religions. Atheists of a humanist bent also believe in an inalienable right to life. So, yes, short of giving secrets or comfort to the enemy in time of war, we can surely all agree with Ms Wilmers that we should not be killed for something we say. Well most of us anyway. And there’s the rub.

Followers of the religion of peace are not enamoured with free speech or the sanctity of life. Examples abound. A taste follows, because we tend to forget:

Choose to look the other way or not; these are the religious screwballs that we are up against — from those at the top to those on the streets. Beyond belief or not; fatal fatwas are also alive and well in the life of the religion of peace.

I suppose the most well known fatwa is the death sentence imposed in 1989 by Ayatollah Khomeini — the then-leader of the enlightened state of Iran — on Salman Rushdie for writing a book. He and Danish cartoonist Kurt Westergaard, also under threat for insulting Mohammed, have so far bravely eluded the murderous fate meted to Dutch film-maker Theo van Gogh.

Numbers of fatwas are extant; though, unsurprisingly, none on ISIS leaders that I have heard of. They have, however, been sanctimoniously admonished by various imams for straying from the process laid down by Sharia law for brutally killing people. Write a book, draw a cartoon, make a film or be a Christian and you get a death sentence. Burn people alive, throw them off buildings or slit their throats and you get a religious reprimand.

We are repetitively reminded by the PC brigade that most Muslims are moderate. Well, however moderate many might be, they (all of them) have a collective problem: their religion is the antithesis of peace. It has a supremacist, intolerant and violent scriptural component; which, critically, is kept alive by large numbers of literalist and fundamentalist imams and religious scholars. And before the red herring of the violence in the Bible is trotted out; whatever historically-contextual violence is in the Old Testament, it has no life within modern-day Judaism or Christianity.

I doubt whether Islam can ever be made peaceful but, hey, if it can, let Muslims get cracking, construct a new script and dump the imams who preach the old one. Until they do, I can’t think of anything that more legitimises ridicule and insulting barbs than a religion which encourages its adherents to kill you for ridiculing or insulting it.

People like Ms Wilmers better start understanding that while they believe they have a right not to be killed for what they say, Islamists don’t believe that. And, while that situation exists, it might just be excusable to use all the verbal and pictorial ammunition at our disposal. If that means breaching good manners by slinging the odd insult, so be it; let’s sling away, armed by Western civilisation’s hard-fought ‘right’ of free speech.