At The PM’s Book Club

As a general rule, independent thought is a very bad career move for an Australian writer, as invitations to publicly funded confabs and chinwags, not to mention prizes, grants, jobs and awards, seem to be bestowed mostly on those who produce what is expected. Quadrant contributor Hal G.P. Colebatch, co-winner of the Prime Minister’s Literary Award for History, could tell you all about the life of a literary leper, as his proposal for a book on the bloody minded sabotage that Australian unionists inflicted on the war effort was shopped from publisher to publisher for more than a decade without any takers.

Expose labour’s raffish heroes, those cheeky class warriors on the wharfs, for the treacherous thugs they were? Well, yes, they were Communists, that’s true, and they did steal, spoil and delay the 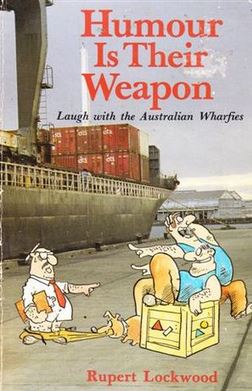 shipment of munitions and other vital war supplies. But that acknowledgement of fact doesn’t mesh with the favoured narrative which bids to mitigate treason and larceny with laughter – allowing, of course, that those crimes aren’t dismissed with party-line sophistries. An interesting story, Mr Colebatch, but please get lost.

Making the mainstream publishing industry’s lack of interest more curious was the immediate commercial success of Australia’s Secret War: How Unions Sabotaged Our Troops in World War II. Could it be that publishers do not want to bring out best-sellers? Only best-sellers of a certain kind, perhaps. Quadrant’s editor-in-chief, Keith Windschuttle, recognised an important work and Quadrant Books published it, with 9000-odd copies sold so far. “Hal’s prize and the attention it will generate has me seeing another couple of thousand copies before Christmas,” Windschuttle said over a champagne toast.

Last night, before an audience representing the industry that had shunned him, Colebatch also popped his cork. Perhaps his acceptance speech went a little long, and there is no doubt there was a -sharper edge of conviction in his voice than is customary at most after-five glad-handers, but it was neither of those factors which explained the less-than-lukewarm applause. Funny thing that, how folks who turn out for a bit of networking and prize-pocketing don’t appreciate being told their industry’s biases are scuttling many a good story.

Among his other distinctions, Colebatch would have been one of the few on hand not craving peer approval. What concerned a select few was that one listener in particular really needed to take note of the groupthink that had seen the proposal for a major book shunned for so long. That person was the Prime Minister himself.

What Colebatch said: A Prize Case of Candour

But first, imagine the scene and throng in the Great Hall of the National Gallery Victoria, where TV personality Ray Martin, at pains to note that he is also a writer and author, began his compering by introducing the evening’s Official Function Aunty (OFA), who led the congregation in what is now the standardised liturgy of ancestor worship. A round woman whose optimism was delivered with what seemed a perfunctory weariness, you could tell this was an authentic Indigenous moment by the possum stole about her shoulders. At her invitation we turned our gaze skyward and regarded the web of black trusses that support the Great Hall’s coloured glass ceiling. It was popular decades ago in Melbourne for hipsters to visit the gallery while tripping on psychedelics, the ceiling’s rainbow hues being a prime attraction. Last night, as she explained, those black bars were symbols of the life paths that must bring us together in amity and respect. It was something like that, anyway, together with what may have been an invitation to pay our respects to an animist deity, but she was rattling through the Welcome recitation at such a clip by that stage you couldn’t really tell. Sadly, there was no smoking ceremony, this deficiency having more to do with fire regulations than cost, as the standard fee for the full Welcome routine would have been a mere bag of shells against the evening’s plush catering. Aunty’s performance drew one of the biggest cheers. It was that sort of night, that sort of crowd.

Watching all this, respectfully, at the centre table was the Prime Minister, accompanied by consigliera Peta Credlin and Attorney-General George Brandis. When invited to take the microphone, Abbott walked to the stage amid light but polite applause and delivered a genial, apolitical paean to the written word, his address entirely devoid of argument or partisan overtone.  Again, the clapping was only marginally better than desultory, which should have told him something. And if Abbott had not received the message by that stage, the winning children’s author, Bob Graham, spelt it out: He would be donating a piece of his prize money, won for Silver Buttons, to the Asylum Seeker Resource Centre (ASRC).

This time the cheers were rapturous, the volume and enthusiasm as much a dig at the awards’ sponsor, who stopped the flow of boat people, as an expression of admiration for Graham’s grand gesture. Who knows, unless the polls improve, there may well be a Shorten-led government to make sure the ASRC gets plenty of those fresh, just-arrived clients. If only those on hand last night could vote, one gathers Labor and lots more leaky boats would all be a shoo-ins.

Much later, after Colebatch had shared the stage with co-winner Joan Beaumont, the Anzac revisionist who imperiously demanded that Quadrant suppress and delete Merv Bendle’s critical review of her Broken Nation: Australians in the Great War, the evening reached its climax with the announcement of the Fiction award.

The hot bet and crowd favourite was Richard Flanagan, who had marked his recent Man Booker triumph with The Narrow Road to the Deep North by noting that the Abbott government’s environmental policies make him ashamed to be Australian. Abbott was gracious in not alluding to that faux pas, although mention was made of a subsequent letter in which Flanagan urged the Prime Minister not to dismiss artists and writers as mere representatives of the left and, also, why Abbott’s side of politics needs to embrace the arts. As far as Flanagan’s imagination goes, one is tempted to guess he regards the last non-left arts project of any note to be Albert Speer’s blueprints for re-making Berlin according to his leader’s brutalist tastes.

Flanagan takes himself seriously, redolent with that precious sense of specialness one encounters on just about any ABC talkshow where, as awards judge Gerard Henderson notes, everyone agrees with everyone else because dissent is very disagreeable, meaning people with unacceptable views aren’t often invited and outnumbered when they are. Would it be churlish to suggest the League of Luvvies makes the effort to respect, if not embrace, viewpoints other than its own? Such an attitude might have helped Colebatch’s ripper yarn of betrayal make it into print somewhat sooner than has been the case.

Abbott said he shared Flanagan’s perspective and, if he was sincere, that really is a worry. Better to believe the Prime Minister was simply being polite, because the alternative would be to accept he is unaware of pretty much every publicly funded cultural institution in Australia being dominated by the left, overseen by the left and devoted to subsidising the left. Do a grant search at the Australia Council’s website and it is very hard to conclude otherwise.

Anyway, we’ll find out soon enough, when the Prime Ministers reveals who will sit on his newly announced Australia Book Council. After that, on what and with whom it spends its budget.

Meanwhile, you will need to look very hard indeed to see any of that mutual respect Flanagan professes to want, especially as the left’s inevitable assault on Colebatch gathers momentum. Now reduced to writing for Crikey!, ex-radio host and former SMH fulminator Mike Carlton, an overlooked finalist in the History section, is leading the charge. Cantering along at his heels, Helen Razer whips up some po-mo jargon and turns for guidance to, of all people, Melbourne University’s Stuart Macintyre, the marxist who led the departmental putsch against the great Geoffrey Blainey.

Oh, and one last thing, Flanagan donated his half of the $80,000 prize — the other went to Steven Carroll’s A World of Other People — to the Indigenous Literacy Foundation and that got a huge cheer too. It was that sort of night.

Roger Franklin, the editor of Quadrant Online, had a fine time at the awards.