When Hal G.P. Colebatch took the Prime Minister’s Literary Award for History on Monday night for Australia’s Secret War (order your copy here), overlooked finalist Mike Carlton shared a barrage of bitchiness with his Twitter followers. If the name Mike Carlton rings a bell, that would be because he was once something in radio. After that, he filled space in the Sydney Morning Herald, where the editor may have been too busy cooking up snappy headlines intended to nail Joe Hockey to notice the angry nonsense his Saturday columnist was peddling. Can’t really blame editor Darren Goodsir for not reading his own paper, though. Very few people do these days.

So often the province of onanists with megaphones, Twitter was the perfect receptacle for Carlton’s eruption of spleen. He would teach that Colebatch fellow, he promised, and the next day in Crikey! — last stop on the scree slope of credibility which bottoms out with Green Left Weekly — he set out to do just that:

There was no wharfies strike that day [when HMS Speaker delivered former POWs to Sydney]. Colebatch gives his only source for this nonsense as a letter from one W.S. Monks, dated 1995, 50 years after the event and 20 years ago. He does not reveal who this Monks might be, but there was no soldier or POW of that name in WWII.

Clear on that? According to Carlton, who fancies himself a naval historian, no Australian by the name of W.S. Monks ever served beneath the AIF’s Rising Sun or fell into the hands of the Japanese.

Well how does Carlton explain this?

The above is a screen grab of the service-records index entry for “William Sackville MONKS [Pay folder of ex prisoner of war (1939/45 war) who enlisted in Western Australia” held in the National Archives.

UPDATE: Insufficient evidence for Carlton to concede he is a dill? What about an hourlong interview with the man who doesn’t exist?

Tomorrow in Crikey! we may well see Carlton denouncing the National Archives as a tool of yet another right-wing conspiracy — if he can find time, that is, from tweeting thunderbolts at 15-year-old Caleb Bond. 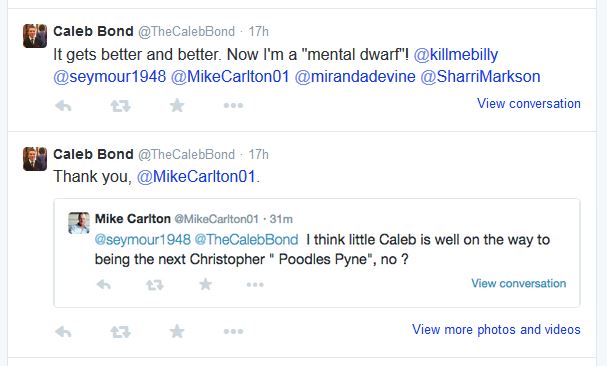 Intemperate language is a Carlton tradition, leading to his departure from the SMH. But it is good to know that Editor Goodsir’s sad little newspaper is keeping the faith, as Carlton’s replacement is the pulp novelist John Birmingham, who has sided with his predecessor’s campaign against easily verified truth. No surprise there, nor will there be if Birmingham decides to put his next column at the service of Carlton’s defence.

Expect Editor Goodsir not to read that one as well. So many misleading headlines to write, so little time to do an editor’s job.

In further news, blogger Tim Blair looks at some of Colebatch’s critics. They are an unimpressive lot, to say the least.

Anatomy of a Scam