I had finished my self-imposed quota of wine for the night and felt desolate enough to believe that watching Q&A couldn’t make it worse. I was wrong. What tipped the balance was the discussion of the rights of certain Australian citizens (don’t mention that they are Muslims) going overseas to behead people and then return. First let’s start with Greg Combet and a sensible old-fashioned perspective:

“It’s just unbelievably shocking. I mean this is where you move from rights into responsibilities. And, to the extent that there are Australians going over there fighting for the Islamic State, involved in beheadings and murder, dreadful treatment of people, persecution, I’m not too concerned about their rights, to be honest.” 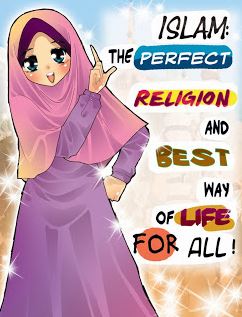 Ah, you see, it is our fault. Ms Robinson didn’t stand alone in the dumbness stakes. Sussan Ley, assistant minister for education, said this:

“We must recognise several things about Muslim Australians. One is that Islam is a religion of peace. It absolutely is. I was attending some Eid Festival celebrations in my hometown of Albury on the weekend and talking to people who are concerned about the image that they have in the wider Australian community. But we must be also careful that we don’t encourage young Muslims towards a more radical interpretation of their faith. We must be inclusive. We must reach out to particularly young Muslim Australians who feel aggrieved by some of the things that they see around them, that they feel reflect unfairly on them.”

Ah, you see, once again it is our fault. And exactly where did this ‘religion of peace’ come from?

Author Faisal Devji (Landscapes of the Jihad, 2005) points out that it was only after 9/11 that everyone, including those in the White House, began characterising Islam as “peaceful”, in contrast to Al Qaeda, its malign perversion. As Devji notes, no less a person than Osama bin Laden remarked on the irony.

On Q&A, Canadian professor of theology and culture John Stackhouse nailed it. (By the way, how the heck did an articulate and intelligent Christian get on Q&A in the first place?)

“To keep our country safe, we do have to try to figure out who’s who and what’s what without being unrealistic and sentimental. I mean, I have to respectfully disagree. I’ve been teaching world religion for 25 years. Islam is not a religion of peace. [My italics] They’ve tried to trademark that but it’s just not true. Islam is a religion that copes with the real world and in Islam, including in its holy books, there are provisions for warfare and there are provisions for defensive warfare and there are also provisions for the extension of Islam, which is why the whole history of Islam has been steady territorial expansion. Of course it’s a religion of peace, by which they mean the subjugation of other people under sharia and that’s peace but it is an imperial sort of peace and I’m not judging it. I mean, we Christians have done the same thing and lots of other religions have done the same thing as well.”

This was too much for compere Tony Jones, the ever-reliable mouthpiece for whatever the latest luvvie wisdom happens to be, who interrupted (surprise! surprise!): “I mean, I beg to differ … You do appear to be judging it?” Stackhouse took up the challenge:

“No, I’m simply correcting the record. I mean, as a matter of fact, the Qur’an and the sharia are very clear that the jihad can be both the internal, the greater jihad of subjecting myself to the will of God, and the lesser jihad is to subject the world to God. I mean there is only two realms. There is Dar al-Islam. There is the submitted part of the world and then there is the rest of the world that’s not yet submitted to God, the dar al-harb, the situation of war, the house of war. So it’s a pretty clear world view and while many of my Muslim friends are liberal and multicultural and love Canada and have no interest in the violent prosecution of their faith and I think it’s really important to understand, nonetheless, we just can’t make sense of world history if we suggest that Islam doesn’t have within it the legitimation of violence.”

Ms Robinson found this factual stuff just too much:

“I am, by no means, a religious scholar [you got that right] but I think a lot of my Muslim friends would take great exception to what you’ve just said and I think there are many interpretations and I would take a massive point with that. I think we also need to actually ask the question and be real here about the real numbers. Is this a huge Australian problem we’re talking about? I think the numbers quoted were 150 people fighting overseas. Let’s not over-exaggerate this, because I do feel in the media in recent weeks we’ve seen, here in Australia, a beating of the drum, an exaggeration of this threat of terror.”

So, at this stage, we only have a potentially murderous 150 jihadists likely to return to Australia. Ms Robinson is relaxed about that, apparently. Now let’s see, there were 19 Islamic terrorists involved in 9/11. Some 3,000 people were murdered. Do the sums and don’t be a ‘useful idiot’, Ms Robinson, and you too, Ms Ley.

Of course most Muslims are moderate and peaceful, but they are Muslims — and that, in my observation as an Anglican, is not like being an Anglican. We are as wishy-washy as they come. If someone were to ask me what I am, I would say that I’m Australian, and English, and a Liverpool supporter before I would progress down the list to my religion. Not so, I think, for most Muslims.

I passed a pro-Palestinian demonstration in Pitt Street Sydney a couple of weeks’ ago. Three very young looking Muslim girls stood together on the edge of the crowd. I am confident from their demeanour they were moderate and peaceful but they were all dressed in the black hijab and jilbab. They knew where they belonged.

If the Islamic flag were to fly over a Western city, my guess is that those veiled girls  would be cheering along with other “moderate and peaceful” Muslims, because they are Muslims first and foremost. My view, as earlier expressed in Quadrant, is that radicals would have no oxygen without this primary, transnational self-identification among the great mass of moderate Muslims.

The faint hope is that Islamic societies, through some means or other, will become as secular, and therefore as unwelcoming of radicals, as Christian societies have become. In the meantime, as former Army chief Peter Leahy has warned, the long war against Islamic radicals and terrorists must be fought ruthlessly and without the baggage of political correctness. Useful idiots don’t help.

Left Forum: Care on the Left