David Malet Armstrong, the philosopher, died on Tuesday 13 May, aged 87. He passed away peacefully during the night at the Ashfield nursing home in Sydney where he had been living since late 2013. He was Australia’s most distinguished philosopher and one of the most influential in his field around the world.

As Andrew Irvine wrote in Quadrant in March this year to commemorate the 50th anniversary of David’s appointment to the University of Sydney’s fabled Challis Chair of Philosophy: “Without qualification, he was one of the twentieth century’s most influential thinkers.”

His loss is especially felt by those of us responsible for the production of Quadrant Magazine. He had been on the Quadrant board continuously since 1975 and regarded the journal’s survival over this period as one of his most important public responsibilities and achievements. 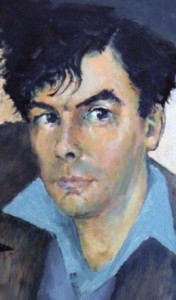 David was born in Melbourne in 1926. He served in the Royal Australian Navy from 1944 to 1946 and then undertook an arts degree, majoring in philosophy, at the University of Sydney. He graduated with First Class Honours and the University medal in 1950.

Like many Sydney students of his generation, Armstrong was strongly influenced by the iconoclastic philosopher John Anderson, holder of the Challis Chair from 1927 to 1958. In 1964, aged only 37, David succeeded Anderson as Challis Professor. The department where he taught for decades was known around the world simply as “Armstrong’s department.”

Andrew Irvine also observed that David  was a major figure in advancing the Sydney Line, “that brilliant combination

of realism and empiricism, wedded with an unyielding resistance to moral, cultural and cognitive relativism”.

The illustrations that accompany this story show David at the ceremony at Nottingham University (top) in the UK in December 2007, when he received the award of Doctor of Letters; the 1959 portrait of David, aged 33, by Clifton Pugh; and answering questions (right) at the Catholic University of Lublin in 1995, when he was probably at the height of his powers.

One of his most crucial achievements was to preserve the teaching of philosophy at the University of Sydney in the 1970s when the discipline’s very existence at that institution was under threat from Marxist and feminist theorists who attempted to take over the department. In Quadrant’s March edition, we published a memoir by David’s friend and colleague David Stove, of his role in fighting off the interlopers.

“By the end of 1972, the situation in the philosophy department had become so bad that the splitting of the department into two was the only way in which philosophy at this university could be kept alive at all. In this development, David was the leading spirit, as his position and personality made it natural he should be. While I and certain others were only casting about for some avenue of escape, David never gave up. He battled on, and battled on again, and always exacted the best terms, however bad, that could be got from the enemies of philosophy.

“The result of the split was far more happy than could have been rationally predicted at the time. In fact, it was a fitting reward for David’s courage and tenacity. For the first twenty years of the new Department of Traditional and Modern Philosophy have been fertile in good philosophy, to a degree unparalleled in any similar period in this or any other Australian university. The department has also enjoyed a rare freedom from internal disharmony. As I have often said, it is the best club in the world, and to be or have been a member of it is a pleasure as well as a privilege.”

Independent? Depends How You Define It