The dubious ‘freedom’ to express?

In suggesting that nursing mothers should take some care and show some decorum about where and when they breastfeed in public, Channel 7’s David Koch aroused the ire of the new power elite of Australian media – the mummy bloggers.

“Oh Kochie, Kochie, Kochie!”, wailed mamamia’s Mia Freedman. On Fairfax’s Essential Baby website, editor Amber Robinson accused Mr Koch of double standards and misogyny, simply because he questioned the appropriateness of a woman breastfeeding openly at a public swimming pool.  She also endorsed the “peaceful protest” of telegenic mummies outside Channel 7’s Sunrise studio the next day – a protest that The Sydney Morning Herald predicted would attract 800 angry mums, of whom about barely 100 turned up.

Telling women to feed their babies in a smelly nappy-change area or to inhibit feeding with a cloth cover is discrimination. Motherhood is isolating enough without being forced out of public spaces because of the way you feed your child.

In other words, yummy mummies don’t want freedom of expression but the freedom to express.

But what about the view from the other side of the changing table?  Strange to say, the world does not revolve around a nursing mother and her baby. 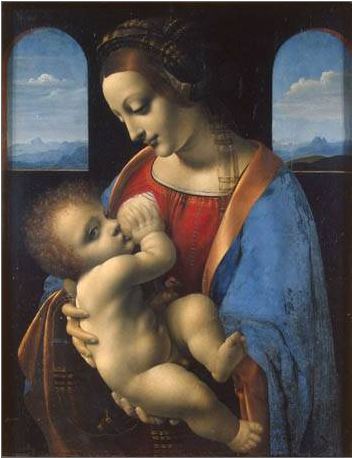 If I want to see a suckling infant, I can admire Leonardo Da Vinci’s beautiful painting (left) of the Madonna and Child, but I’m damned if I have to have watch that painting re-enacted, whether other people like it or not, in restaurants, on the train or in any public place you care to name.

While the mummy bloggers are on the march, banking their baby bonuses and feeling mightily self-righteous, what about the rest of us?  Don’t our rights or feelings matter too?  It seems that those of us who differ with the likes of Ms Freedman and Ms Robinson have no right to speak and, like Mr Koch, must be shouted down as sexists and misogynists.

But why should long-established social norms of considerate behaviour, including breastfeeding quietly, discreetly and out of full view, change just to accommodate their outrage?

The answer, mummy bloggers, is that they shouldn’t. In a civil society, etiquette and manners help people of wildly diverse backgrounds and personalities to rub along together.   That involves give and not just – like so much of our entitlement-obsessed culture – take.  The mamamia mob’s shrill insistence on nursing mothers’ freedom to engage in “unrestricted” breastfeeding is just another pathetic example of the "me, me, me" world in which we live.

They don’t give a damn that demanding babies be breastfed anywhere and anytime denies the rights of others to enjoy being out in public, socialising or going about their business without being compelled to witness someone’s flaunted fecundity.  Here’s a thought for angry breastfeeders calling for Mr Koch’s head: people don’t normally expose themselves in restaurants or other public places, so why should you?  Why should other people be expected to tolerate your wailing, dribbling, puking bundles of joy just because you think it’s your God-given right to breastfeed them without let or hindrance? It is an attitude captured in recent promotion (below) for Hot Milk, a New Zealand lingerie manufacturer, which advances the view that a suckling infant is an any-time/any-place fashion accessory. 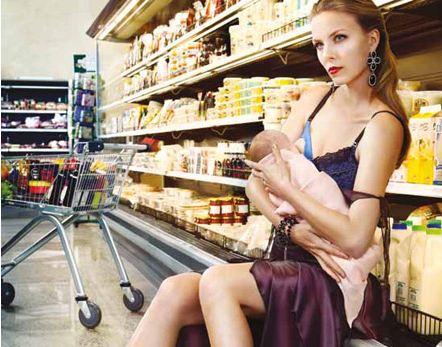 If someone needs to breastfeed, showing some consideration for others is easy enough. If smokers are expected to ask permission before they light up in a public place (in, that is, the few places that smoking is still possible), why shouldn’t nursing mothers do so before opening their blouses in a cafe?  I have never, ever seen that happen, and I don’t expect that I ever will.

We often comment, mock or even condemn the narcissism of our politicians and sportspeople.  Goodness knows, most of them deserve it: just look at Shane Warne. But surely there is no category of person more wrapped up in their own little world than a nursing mother.  The hyperbolic mummy media reaction to the “dinosaur” Mr Koch highlights that.

Nevertheless, Ms Robinson of Essential Baby should specially be thanked for telling us that we are blessed in having an Australian National Breastfeeding Strategy (wowee!), the message of which is that breastfeeding makes happier, healthier babies and children.

Even if breastfeeding is a Good Thing and should be encouraged, surely when it comes to doing “the act”, as for other intimate acts, there are appropriate times and places?

Indeed, it’s interesting to note that this earnest admonishment from the Australian Health Ministers Conference to go forth and breastfeed does not endorse nursing mothers popping their boobs out anywhere. While it does point out that there should be “more facilities to breastfeed in public areas”, that’s not quite calling for absolute freedom of – ahem – expression!

Now that the then Health Minister who launched the National Breastfeeding Strategy, Nicola Roxon, is Australia’s Nanny-in-Chief, perhaps David Koch will soon be visited by the Australian Federal Police and charged with some hate crime.  As he’s found, it seems that taking offence and condemning others for their views is the sole preserve of the self-righteous few who insist they always know better than the rest of us.

Since That Speech by Julia Gillard last October it has also become clear that no man can dare comment on social issues such as these without being branded sexist or worse by the handbag brigade. 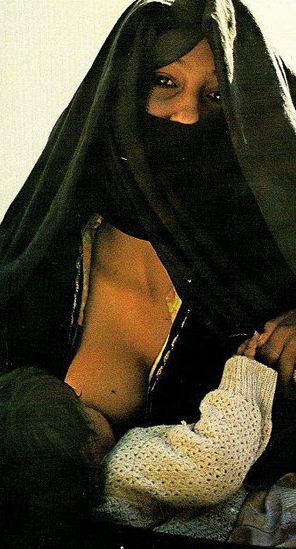 It’s no coincidence that the PM feted Ms Freedman, Ms Robinson and the mummy blogotariat at Kirribilli recently, sensing that through their readers she can reach the one voting demographic which may save her from electoral oblivion. Will she now boycott Sunrise in solidarity?

There’s absolutely nothing wrong in doing what comes naturally in feeding babies, but it doesn’t have to be done in other people’s unwilling faces.  The Mummy Mafia’s confected anger reminds us that we live in a fundamentally selfish society: under their rules, that selfishness is imbibed from the breast with mother’s milk, in public.

Debating and setting social norms is something for all of us, not just for the outspoken opinionistas and nanny-minded governments.  Outraged mummy bloggers, please think about that.

Terry Barnes is a social policy consultant and occasional columnist. He blogs at www.cormorant.net.au