Freeloading in the Free World

The world is divided into two kinds of people, those who believe the world owes them a living and those who don’t.

The first group is made up of various political elites, union leaders, social commentators and people looking for as much taxpayer-funded economic assistance as they can get. The second group is made up of people who understand that the products we buy come into existence because there are profit making enterprises which organise production and where there are paid employees who do the work required. The first group would tend to vote Democrat, the second group Republican. The following survey results therefore hardly need much explaining to me. 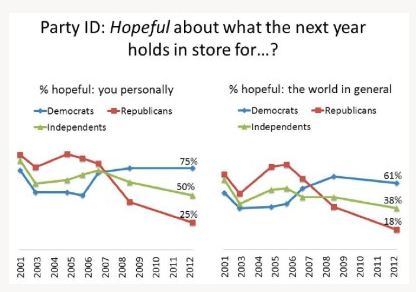 The world is in the grip of the left and there seems no genuinely conceivable way to loosen that grip short of serious catastrophe. And even then, if they elect some right-side party, it will be for emergency purposes only. The middle of the road is so far to the left, and is kept there by a media even more to the left than the average, that there is little prospect of anything other than an elites-serfs-and-freeloaders kind of future.

The elites will keep themselves in power by promising a guaranteed minimum income for the freeloader class.

Reading, as I have been doing, the socialist literature of the nineteenth century through the eyes of one of its great critics, Yves Guyot, the one constant is “those who do not work, do not eat”. This was an old staple even then, partly addressed to those who received income through interest payments and dividends but mostly directed at those who did not pull their weight in the workplace. Now we really do have a massive cohort of non-working income earners dependent on the state. They have become the very essence of left-side politics and its most reliable base of support.

Just to take the American example, in the US the distribution of “food stamps” reaches almost half the population. When Obama became president the proportion was one-third.

If you have a vision of a world made up of independent, self-reliant individuals who will look after themselves, you are nostalgic for a world that is disappearing so rapidly, and in a way that makes it almost impossible to imagine a return to how things were. And this before we even start thinking about foreign policy and international relations.

If you’re a Republican why wouldn’t you be depressed?

Steve Kates’ most recent book is Free Market Economics: An Introduction for the General Reader