The Fair Work Australia legislation operating since July 2009 has imposed a major increase in the regulation of relations between employers and employees and in the capacity of unions to become involved in such relationships. A review by three people, characterised as independent experts but well-known regulators, is to report by May. 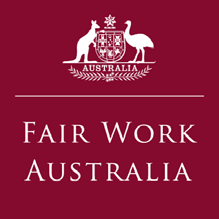 The focus of the review is on whether the existing arrangements have worked in ways consistent with the “intentions” of the FWA. But the basic problem is the intentions.

My submission to the review argues that the regulatory and accompanying quasi-judicial supervisory arrangements are totally unsuited to modern society and are based on a complete misunderstanding of the way that labour markets can operate here. The legislation should be totally scrapped at the earliest opportunity and the interests of employers and employees protected through normal legal and administrative processes applying to contractual arrangements.

Labor’s basic rationale is that an imbalance of bargaining power exists between employers and workers requiring protection of workers “rights” and prevention of exploitation by employers. This is fallacious. Australia has more than 800,000 employing businesses operating with a workforce of over 12 million and those businesses compete actively with each other in the labour market. Employers as a group cannot force wages down or impose “unfair” conditions on employees as a group.

Nor can extensive regulation ensure a “fair go” for workers: what constitutes fairness cannot be legislated and is in the eye of the beholder. In reality the main object of FWA is to add to the power of unions, which are major funders of the ALP. Yet union membership is now less than 15 per cent of private sector employees, with 90 percent of businesses having no employees with union members.

Nowadays individuals generally have the capacity to make their own employment decisions. It is the function of our extensive social security and education systems to provide a protective bulwark for those at the bottom end of the social spectrum, not the wages system.

During the Howard government there was a major reduction in unemployment and increase in the proportion of the working age population employed. There was also a strong increase in average real wages. Since the Fair Work Australia regime commenced in July 2009 the unemployment rate has not returned to its earlier low but has become stuck around 5.3-5.5 percent and the upward trend in the employment/working age population has stopped. Indeed employment stopped growing in 2011. There is a clear implication that the Fair Work arrangements have detracted from the operation of the labour market.

The new arrangements are not only based on a totally false rationale. They are also an unwarranted infringement of personal freedom.