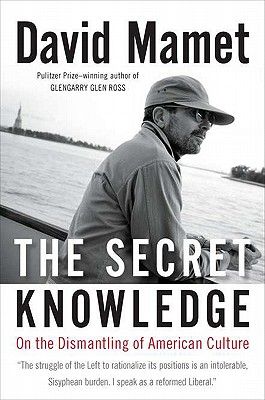 It’s definitely worth reading because of Mamet’s switch from being, in his words, a brain-dead liberal; and because Mamet wrote it; if you know what I mean. At the same time, it is a bit disjointed; with revelatory airing of the commonplace to seasoned conservatives. It also needed a good editing to remove ambiguities. Probably nobody dared.

Had occasion to dip into William Shirer’s The Rise and Fall of the Third Reich and was impressed enough to buy it and hope to read it soon, if not over Christmas.

A Christmas read will probably be the 2010 edition of Adam Fergusson’s When Money Dies (first published in 1975) about the German hyper-inflation in the 1920s. It seems apropos in view of the way central banks are “printing” money these days.

I highly recommend the DVD Of Gods and Men. It is inspired by the true events surrounding seven French Trappist monks of Tibhirine in Algeria who, in 1996, were taken hostage by Islamic extremists and later found beheaded. It may not be available in the shops. I bought it from Amazon. It is a beautifully made movie with spare dialogue in French. There is no background soundtrack. Gregorian chanting on the part of the monks fills the void, as does Swan Lake in a haunting and very emotionally-charged last supper scene (have tissues handy). The book The Monks of Tibhirine by John Kiser was used to guide the storyline of the movie.

Antisemitism and the End of Europe