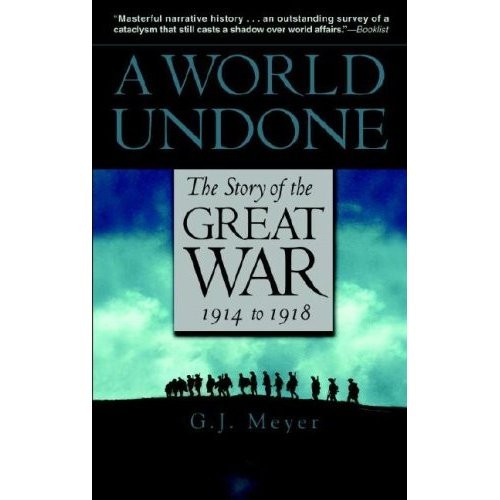 My holiday books reflect my research interests in war and remembrance.

I am reading A World Undone: The Story of the Great War, 1914 to 1918 by G. J. Meyer (Delacorte Press, 2007) on my Kindle, which is proving to be very convenient, although it seems rather limited as far as maps are concerned.

I will then return to hard-copy tomes with The Great War in Russian Memory by Karen Petrone (Indiana University Press, 2011), which explores how the Soviet regime suppressed reflection upon the seminal event of the 20th century, labeling it an ‘imperialist struggle’ – the Marxist-Leninist view still held by too many academic historians.

I will also tackle Max Hastings’ latest, Inferno: The World at War 1939-1945 (Knopf, 2011), which is about 20 times heavier than the Kindle, although the latter already contains the text of nearly 20 books – with room for another thousand!

Memoirs of an Ink-Stained Wretch