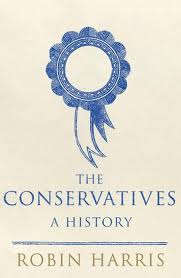 Setting off last September for a holiday, I packed John Howard’s “personal and political autobiography", Lazarus Rising (Harper Collins, 2010), which I had set aside for a time when I could read it without interruption.

The book is not without flaws – what autobiography ever is? – but I enjoyed it thoroughly.

It is well written and well composed. A reprint has since appeared, with an extra chapter dealing with political events since 2007. Recommended.

Over the Christmas-New Year period I look forward to reading the recently published The Conservatives: A History, by Robin Harris (Bantam Press).

Harris, a former director of the UK Conservative Party Research Department and then member of Margaret Thatcher’s Policy Unit in Downing Street, is superbly qualified to write this highly critical survey of the British Conservative Party since its emergence, under Disraeli, from its Tory Party predecessor. I can hardly wait.

Charles Bean and the Anzac Legend