Four authors who think about public policy-making incisively, outside the square and in well written English. 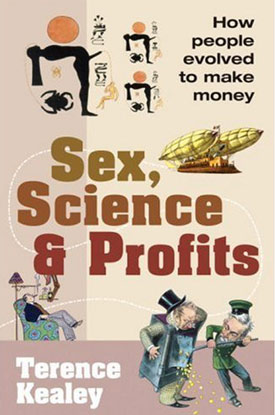 Tim Worstall, Chasing Rainbows, in an entertaining deconstruction of green ideology, argues that his wife’s shepherd’s pie is an indubitable but uncounted addition to the GDP.

Terence Kealey, Sex, Science & Profits, on his way to arguing that government support for research is not necessarily a good thing, points out that professors and practising doctors always publish findings that support their sources of money.

Donna Laframboise, The Delinquent Teenager, dismembering the IPCC as a credible advisor on global warming, points out that scientists are only human; regrettably, therefore, they can be as short-sighted, political and dishonourable as the rest of us.

Finally the inimitable Ian Plimer, How to Get Expelled from School, provides a counterbalance for the activist propaganda that now pervades school education about matters of climate change.