At 12 noon, as Canberra’s temperature hovered at about 7 degrees and the wind blew at about 50 km per hour, Australia came to a standstill (almost) as Julia Gillard announced that Australia was about to enter a phase of quixotic government whereby she and her colleagues would alter the world’s climate. 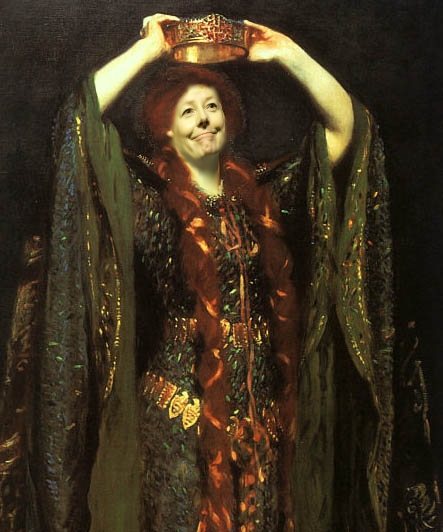 She also plans to hand over more that $15 billion in compensation via tax reforms and payments from the billions that will be raised from a $23 per tonne Carbon Tax, with cheques zooming out of Treasury from July 1 next year. This package means that the average household will be 20 cents better off, each week. No, the figure isn’t wrong!

Co-author of this scheme, Treasure Wayne Swan, says that $23 Carbon Tax will force the average household to pay $9.90 extra per week while the average assistance will be $10.10 per week. Anyone who can remember the introduction of the GST will clearly have noticed prices sky-rocketing far, far beyond the original 10% promised — but that’s another story, and experience. Swan says his claim of only $9.90 per week came from “expert” computer modelling — and from the same people who calculated the household cost of the GST. Oh well, that makes us all feel much better.

On the $10.10 per week shut-up-money promised to house-holds and pensioners, former Labor environment minister , Graham Richardson, said “When it’s in your pocket, then you’ve got to say, ‘Well she didn’t lie this time’”. Richardson also added “Again, cunning, very cunning”. Cunning is an understatement. It is good to know Graham thought Julia Gillard lied.

Her opening lines at this extraordinary Sunday press conference in Canberra began with the usual statements about impending doom — rising sea levels, more bushfires and droughts, and the poor old Great Barrier Reef — and an amazing statement that there is now “an avalanche of science” proving that the planet is warming. Curiously, some hours before this, Andrew Bolt interviewed Richard Lindzen, professor of meteorology at the Massachusetts Institute of Technology, who is acknowledged as a world expert on climate by none other than Professor Tim Flannery, Gillard’s climate ambassador extraordinaire.

On the question of whether the Gillard Carbon Tax will work, Professor Lindzen said the Gillard tax will have no effect on either Australia’s carbon emission or the world’s climate. Later on the show, Norm Sanders, a former green warrior, agreed. According to Bolt, if Gillard’s carbon dioxide reduction plans work, over the next ten years, a 0.00024 degree of warming will have been averted. That is of course, if it is CO2 and not the Sun, El Nino, volcanoes, or a myriad of things, now known or yet to be known, haven’t been discovered or “modelled”.

Back at Prime Minister Gillard’s press conference the Don Quixote exercise played out with an el cheapo TV coverage by ABC NEWS24. Surely, for the “most important moral challenge of out time”, the national broadcaster could have afforded a second camera, and a switcher, so the camera angle could be changed and the viewer could see exactly who was asking the questions put to Donna Quixote. No. Not on your Nellie. All we got for one whole hour was a locked–off camera. It never moved an inch. We never saw a cut-away or a reporter. Talk about bush television. To add to the mystery of exactly who was asking the questions of Julia Gillard and the two Sancho Panzas, the sound was crook and Gillard only ever referred to reporters by their Christian names.

Then there were the questions. You would think that the Canberra press types who had been locked into the depths of the Gormenghast Palace, that is the national parliament, for three hours, could come up with some questions that had bite; that had bottom. Questions like:

Who are the 500 targeted companies?

What is the exit plan if the planet doesn’t warm?

How much will the planet cool with the Brown/Gillard tax?

When the carbon dioxide tax is replaced by an ETS, what happen to the household payments — do they continue?

What happens if the modelling is wrong and prices sky-rocket?

By how much do Australia’s coal and gas exports negate the Carbon Tax?

As it is a fundamental part of our Westminster parliamentary system that a parliament cannot tie the hands of a future government, why did the media fail to ask Julia Gillard her opinion on this issue? Again, Wayne Swan managed to duck the bit that budget funds would be now needed to finance the $4 billion hole that the Don Quixote tax fails to collect.

Nobody bothered to ask Julia Gillard why she doesn’t have a get out of jail Clause that Prime Minister Cameron has for the UK’s scheme. If the world doesn’t act by 2015, the UK’s plot gets revisited.

The big question is whether Tony Abbott can counter the dark forces that the prime minister has at her disposal. ABC radio and television networks, the unions (the ones without a cross marked on their backs), Crikey and GetUp! – the other left-front opinion-banning mobs.

The temperature in Canberra has dropped back to 6 degrees — oh for some global warming.