The Writing Life: The lighter side of writers’ festivals

Writers’ festivals have mushroomed in Australia in the last 20 years or so, with festivals big small and in between, general or themed, held in every state and territory and in city and regional areas. It seems the public appetite for these events only grows; and speaking at festivals is an inescapable part of any writer’s calendar these days. Internationally, writers’ festivals are also growing, and not only in the ‘usual suspect’ areas; from Bali to Slovenia, all kinds of places are getting in on the act.

Writers’ festivals are generally serious and polite affairs, with writers on stage discussing things ranging from political or social issues as expounded in books, or questions of style, genre, etc. 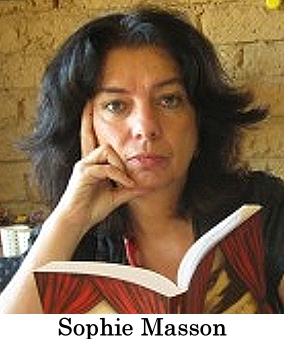 They usually feature many panels of midlist and new authors clustered around keynote speeches and ‘in conversation’ single focus on big-name authors interviewed by admiring ‘personalities.’ There are readings and book launches and the like as well, and mostly all these events are well-mannered affairs where people defer to each other, a consensus of some kind is reached, and there’s little confrontation, to the disappointment of those looking for a good biff. Egos are meant to be modestly hidden (though some people simply can’t manage it, most, including ‘famous authors’ make a pretty good fist of pretending!) Writerly jealousies and dislikes are kept well-hidden from public view, and even in the green rooms behind the scenes, people generally maintain a civil front, though cold shoulders can be in evidence and invisible force-fields operate. The audience is usually well-mannered too, dutifully clapping, and when questions are asked, they are generally polite and precise — except when they are statements, the bane of any literary festival panel chair, especially at big festivals where some audience members seem to come not to listen but to make a bid for their own turn at the soapbox, at tedious and incoherent length.

But sometimes things go wrong. Sometimes the unexpected happens. Somebody breaches the unspoken protocol by accident or design … and then the veneer peels off, cogs fly off the well-oiled machine and veer off in all directions.

Every writer has stories — printable and not — about when the spirit of mischief took hold of a festival event and shook it from its polite serenity. As long as it’s not happening to you or someone you care about, such public discomfort can be very amusing, at least in retrospect. The time so-and-so suddenly began insulting the audience. When who’s-me-call-it turned up clearly drunk for a panel and after incoherently mumbling and shouting, fell asleep. When whats-his-name was told off publically by a member of the audience for something they’d done. When Famous Author X, known in public for charmingly self-deprecating wryness, turned, in the green room, into a monster of self-regard and rude snobbery, crushing publicists and fellow authors alike. When Not so Famous Author Y threw a glass of water over a fellow writer who had savaged Y’s book in print. When Notorious Novelist’s book launch was spectacularly sabotaged by long-time enemy. When Celebrity Personality Z, pontificating on and on for long and weary ages, paused to ask rhetorically and complacently, ‘Perhaps just one more story?’ and a voice in the dazed crowd called out, very clearly, ‘No way!’ Not to speak of the times when Visiting International Star was caught in an extramarital dalliance with Up and Coming Young Poet or any variation on the well-known theme of er, very intimate networking..

Despite the potential for comedy and satire, there are few novels or scripts featuring literary festival scandals. One of the best however is also one of the oldest—perhaps the first time in fact that such an event was dramatised in fiction. It occurs in Fyodor Dostoevsky’s 1872 novel, ‘Devils’ (also known as ‘The Possessed’) in which a prototype of today’s literary festival (called a ‘literary fete’) organised by the great and good of the province, is comprehensively destroyed by that very same spirit of mischief, in a long chapter at the beginning of part 3. Dostoevsky’s gift for farce and pointed, even cruel satire is here shown in full flower, and made this modern writer laugh out loud in half-delighted, half-horrified recognition.

The signs aren’t good even right at the beginning, as a series of enigmatically insulting poems are read out; but then in is wheeled the Star Attraction, the Drawcard, Mr Famous Author Karmazinov(based on Ivan Turgenev, whom Dostoevsky loathed)and complacently begins to read — on and on and on, in a high, squeaky voice, with longwinded explanations of everything, complacently convinced he holds the audience the palm of his hand — while all around people, who were listening dutifully at first, begin to shuffle, to sneeze, to close their eyes—and still he doesn’t notice, but goes on and on and on — until suddenly, in a pause, someone blurts out, ‘Good Lord, what nonsense!’

And then, instead of magisterially ignoring this, of powering on regardless — as the narrator Govorov says, ‘if he had restrained himself, people would have gone on blowing their noses and it would have passed off ‘— the Great Man gets stuck into the audience — and comes a dreadful cropper, wildly trading insults and rhetorical flourishes with an ever more excited audience, and finally stalks off the stage to a chorus of jeers. But the disaster isn’t yet over — for the next two presenters turn the place into a positive brawl as they yell and shriek at the audience and the audience shrieks back, and the whole thing ends in a complete and ridiculous rout, the stuff of the worst nightmares of any festival organiser.