From the foreword by Bess Nungarrayi Price, chairperson of the Northern Territory’s Indigenous Affairs Advisory Council and a member of the Commonwealth Government’s Advisory Group on Violence against Women:

The old Law was not about human rights. It was about unconditional loyalty and obedience … We still respect and honour our ancestors and want to keep our culture. But my people are confused. If they go the blackfella way they break whitefella law, if they go whitefella way they break blackfella law. Our young men are caught in the middle, that’s why they fill up the jails … We now need to change the letter of our Law to keep its spirit alive. We need to do this ourselves but with the support of governments and our fellow citizens … I don’t agree with everything that Gary Johns says in this book but he is honest and believes in what he says. I am happy to write this foreword and to encourage and praise him for the contribution he is making to the debate we need to have.

I want Aborigines to be happy. Most are, but a large number are not. These Aborigines mostly live on their land in remote parts of northern Australia. They live in a world bequeathed by the Whiteman’s dream of Aboriginal self-determination. They live blighted lives. They have been locked out of the modern economy. Two of the principle ways in which they have been locked out have been the messages of the importance of their culture and their land. 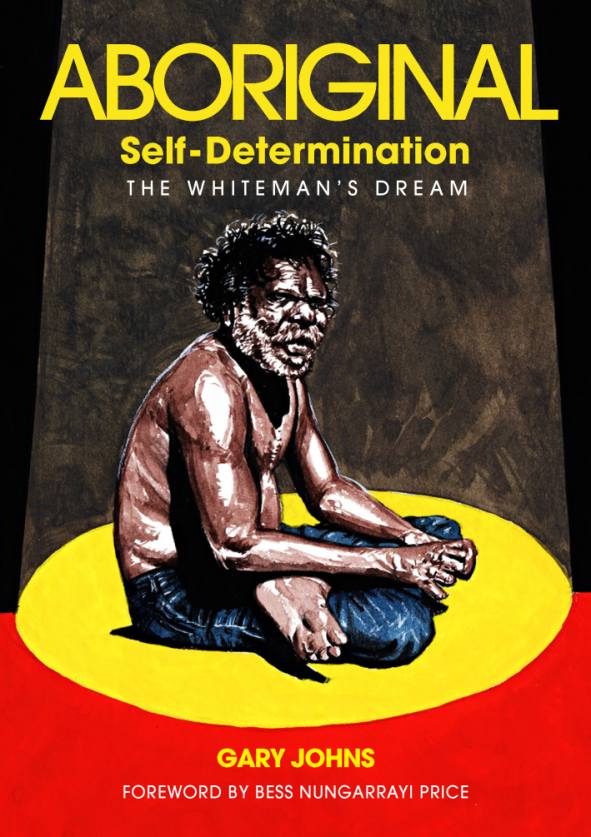 Five commissions into Aboriginal child sexual abuse each recommended the same remedy: go back to Aboriginal culture. An examination of Aboriginal culture pretty quickly reveals that it is built around old men using the crudest methods to keep as many young women as they can. Not only is this culture illegal; it should be frowned upon by all women, even by those who are cheerleaders in the culture game.

Yet the culture remains unexamined as a basis for modern living. Indeed, it is used as a shield against prying eyes: eyes which see bad behaviour. Similarly, land rights have been used as a shield against adjustment to the modern economy. My advice to Aborigines is not to wait for the Whiteman. He will not, because he cannot build an economy for you.

The architects of self-determination tried to design a separate world for Aborigines based on race and cultural difference, while demanding resources from the mainstream economy. A vast number of Aboriginal organisations have grown up to service this dream. These organisations depend on white man’s resources. They control the lives of Aboriginal people. They also stand in the way of those Aborigines left out of the modern economy. They will not easily let go.

The thesis is simple enough, the more that is done for Aborigines the more disabled they become. Unfortunately, there is now so much invested in helping Aborigines, and so many people dependent on the Aboriginal help industry, that we are in a weaker position now to assist than when missionaries walked off the job in the 1960s. Much blame must be sheeted home to those ‘intellectuals’ who built their reputations on finding fault with the white man and treating the black man as an empty vessel without willpower. Having told the black man that the white man is the cause of their ills, the black man has acted like anyone else waiting for their compensation payout. They have lost their reason for being and started to behave badly. Coming from a culture of violent behaviour, particularly by men against women, has not helped.

The great work of humanitarians in educating Australians to better understand those who are different from the mainstream has been done. In the past, Aborigines have faced racial prejudice based on their looks and language. To the extent that prejudice exists today it is based on bad behaviour. Australians will not tolerate bad behaviour. There is much work to be done (and much to be undone) in preparing Aborigines for the modern world.

Aboriginal self-determination: the Whiteman’s dream is published by Connor Court