Only a few weeks ago most of the Canberra political establishment and the media looked on slack-jawed as Bob Brown bizarrely blamed Australia’s coal miners for the Queensland floods and demanded that they pay for it.

It was colossally cynical and politically demented even for Brown, who has established nearly unsurpassed credentials from a bountiful history of rank political opportunism whenever death and disaster have provided a soap box. 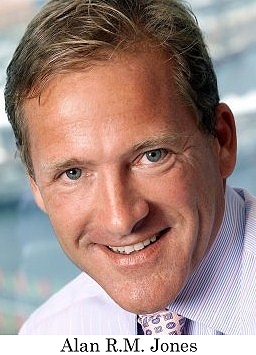 But Brown wasn’t alone. The Rudd-Gillard government has often crassly linked unproven warmest theory to Australia’s droughts and rains and even to the human tragedy of the Victorian Black Saturday bushfires to scare the bejesus out of everyone. So it is only fitting that Julia Gillard reward Brown for peddling fear and fraud – they encouraged it by word and example.

It’s a wonderful world isn’t it? In no time at all you can go from crackpot climate crank and perennial whatever-the-occasion village idiot to telling the prime minister how the entire economy of the nation should be reorganised; how its businesses and people should be regulated and taxed; its wealth confiscated and redistributed; the entire basis of economic life of a wealthy advanced western democratic capitalist democracy turned upside down in the biggest shakedown since tithes for everlasting redemption.

Lenin had to really work for that gig. Not our new carbon dioxide czar; Labor’s green overlord who doesn’t know the first thing about economics, who thinks taxing the life out of nasty corporations will “shield” consumers. But then it seems quite evident that the woman he now instructs – whose word for entrepreneur is tax, and imagines herself the next Bill Gates – knows as much. Not that the gallery, by and large, has noticed how absurd the entire spectacle has become. Even Gillard’s monumentally cynical election theft on a lie is forgiven. 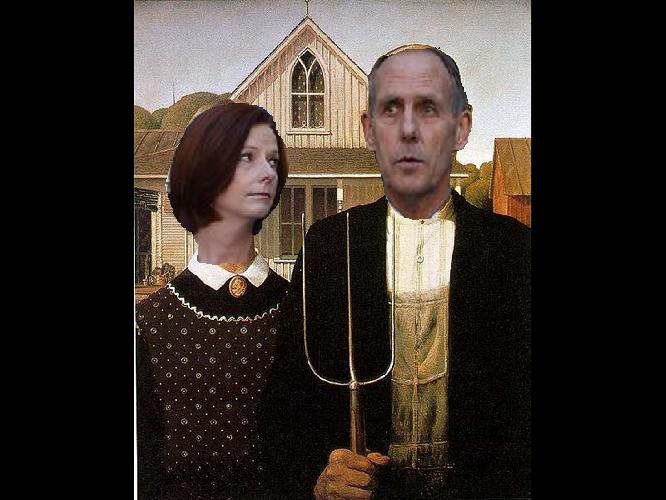 Perhaps it’s because she’s changed her position on climate change more than she used to change hairstyles in a parliamentary sitting week. First she was onside and hot for it with “New Leadership” mate Kevin Rudd; then against it and brought down Rudd in the process; having successfully knifed Rudd, she was for it again; then, panicked at the at the 11th hour of the election, was very against it; now haemorrhaging on the left and being wagged by the Greens, she’s for it again. But that’s this week.

Gillard’s carbon tax lie, if it is ever becomes law, will amount to a national going-out-of-business sale to the “rat f**kers” at Peoples Liberation Army R Us, who have no intention of feeding this economy-killing UN concocted farce to their billion consumer-workers. Even the community organiser currently residing across the street from Lafayette Park has enough political nous to work that out.

Yet, the gallery shrugs while Gillard assumes the position and the Greens have their way with her and the Australian economy, in a last desperate gamble to stave off personal political oblivion. Her latest climate change change is driven entirely by the focus group of me, myself and I.

Even when trying to explain her deception, Gillard dissembles. It appears telling the truth has become her greatest moral challenge.

The Withering of Malcolm Turnbull