In the 1960s, Britain and France jointly funded the world’s fastest civilian air transport, Concorde. The sleek jet, which could deliver 100 passengers from London to New York in less than three hours, knocked in half the regular subsonic travel time.

Over the years, billions in taxpayers’ funds were poured into the development, production and running of the supersonic transport.

In order to prise open the public exchequer, the Anglo-French consortium which built Concorde sold the idea that speed over capacity, range, reliability and cost would sell planes to airlines in what was still a protected air carrier market. In a few short years, some imagined, we’d all be flying home to see granny at twice the speed of sound.

The market, particularly after deregulation, had other ideas and Concorde is now a museum piece. In the quarter century the highly subsidised supersonic aviation icon was in service, it luxuriously conveyed across the Atlantic Hollywood flaunters, louche rock stars and a few willing to shell out for the high-speed, high-altitude thrill.

I rode the carbon-spewing bird once, and have a pewter sugar bowl with Concorde stamped on the bottom to prove it (no questions please about how it came into my possession). It was a beautiful piece of technology. But it never returned to the taxpayer what was spent – including the sugar bowl.

It wasn’t until the release of confidential cabinet documents thirty years later that British taxpayers learned that the Government knew all along Concorde would be a “commercial disaster… [that] should never have been started”.

The main reason the British Government went ahead with the program “wholeheartedly” was political: to appease the French and ease UK entry into the Common Market. There was some faint hope that the subsidy would help develop British civilian aerospace.

The lower tech Channel Tunnel made more economic sense for that goal, but was cancelled and not begun until Margaret Thatcher was Prime Minister. It took a generation for European aerospace to recover and compete with Boeing’s – bigger, not faster – market-transforming 747.

Today, Julia Gillard’s Labor Government is set to make a similar blunder – to second-guess the market and spend tens of billions to back one technology, fixed-line broadband, over others in the midst of a rapidly changing business-technology environment for political reasons.

And Gillard does not to want Australian taxpayers to know whether it’s a good bet – before it’s too late. 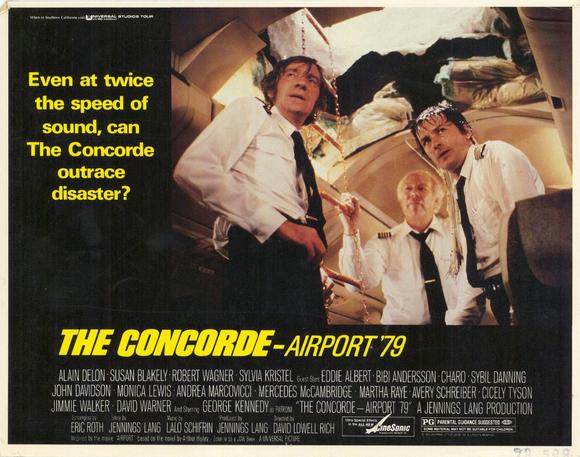 Coax cable (the wire the cable guy hooks up to your Labor stimulus provided TV) capable of delivering broadband speeds of up to 30 megabits per second already runs by more than 2.7 million homes, with less than half choosing to pay for it at even lower speeds. Businesses, hospitals and universities, which may have better use for high-speed broadband, have it already.

Our family, for example, is a moderately heavy internet user. Our use is split by purpose and access type: work, where high-speed broadband is already available versus home, where it’s more than fast enough and mobile on the go versus cable at home. But has no practical use at home for the NBN’s promised speeds.

NBN Co tells us people will be able to download a 1 GB movie – say, The Concorde… Airport ’79 – three minutes faster than existing cable broadband. After already saving 45 minutes from having to go to, peruse, and return from the local video rental shop, we can now save an incremental three minutes. Hooray for Hollywood.

But most Australians would probably be happy to use the extra three minutes to put the kettle on and the cat out while their evening’s entertainment downloaded, especially if they knew that the tens of billions of their tax dollars to accomplish the feat could instead be used for other, essential, infrastructure.

In Canada, which has a more mature, privately built high-speed broadband network, just 14 per cent of users are responsible for 83 per cent of web traffic. If Canada’s broadband usage is duplicated in Australia, it may well be said of the NBN that never have so many subsidised so few with so much for so little reason.

And in the US, president Obama is driving private development of wireless broadband.

What is it that Australians at home would do with all those extra gigabits per second other than download movies faster? Where is the productivity gain? Where is the competitive advantage afforded to Australia’s economy from high-speed Hollywood? Where is the rationale for taxpayers to foot the bill for a technology pick by a government which can’t get a grocery pricing website right?

Labor’s NBN policy fiasco – made on the hop like so much else it has done – could well prove to be a financial scandal of the first order, particularly as alternative wireless technologies come online; a decision that may make some of the internet bubble investment decisions of the 1990s – based on expenditure or “burn” rather than ROI – seem prudent by comparison.

With no proper cost-benefit analysis, we will not know until it’s too late.

Alan R.M. Jones was an adviser in the Government of John Howard.

The case for war with PNG