I’ve just published a crime novel called The Simple Death partly about voluntary euthanasia. The title is ironic. The novel does not take a position on the morality of killing yourself, or asking someone to help, because you’re in great pain. I don’t think that would necessarily benefit a work of fiction, and in any case my mind remains open on the subject.

I wrote about it partly because of two people I know who are in their eighties and so sick that for the past few years they have been in a state of increasing distress. 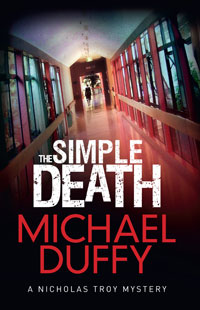 They live together but receive constant care and medical attention. Their lives are a succession of painful operations and accidents and stays in hospital. Presumably they will end up in nursing homes, something that fills them with dread. They have no children and few friends. They say they want to die and have asked for help to kill themselves.

I’ve mentioned their plight to a number of conservative friends. In most cases my listener is religious and opposes voluntary euthanasia on grounds of faith, which you think might be the end of the conversation. But also in most cases, the person seeks to bolster their opposition with practical arguments. I suspect the reason for this is an acknowledgment of the fact I’m not a believer myself. Along the way, though, I’ve been struck by the lack of knowledge contained in these supposedly practical arguments.

The most common argument is that if palliative care were better, no one would need to suffer so much that they would want to die. Tony Abbott once put this viewpoint well when he said we owe the terminally ill not death but love. Yet the truth is that many of them receive neither, either because of inadequate palliative care or because even the best of that care cannot stop all extreme suffering. As the story of the two old people suggests, this argument is irrelevant to the experience of many people in Australia now. It is a comforter for people not prepared to face up to the consequences of the current laws.

Perhaps the second most common argument against voluntary euthanasia is that were it legal, some sick people would chose death to stop bothering their relatives; as a result, the number of people choosing death would increase significantly. One response to this is that doctors already help large numbers of people die in Australia each year, under the present don’t-ask-don’t-tell arrangement, and if you can find a doctor to talk about it they’ll assure you those who die in this way know and want exactly what happens.

Some argue the situation would be very different if voluntary euthanasia became legal, as all social constraints would be removed. They ought to look at Oregon in America, where voluntary euthanasia has been legal for over a decade. That experience has been much studied and refutes this and almost every practical argument against legal voluntary euthanasia. Despite this, those opposed to changing the law in Australia talk as if what might happen as a result is a great unknown. Thanks to Oregon it is not, not any more.

Another reaction to the story of the two old people is disbelief. My listeners can’t believe anyone could really end up like this. I suspect this is because they can’t believe it will happen to themselves, because they have children and friends and money, and the brains to find adequate palliative care when they will need it. I certainly hope it never happens to them, but such lack of imagination, and indeed of empathy, is a poor basis for deciding public policy.

In fact I suspect – in some cases I am sure – these people do not lack imagination or empathy. They have just chosen scepticism because it is another great comforter, a means of avoiding the consequences of their faith.

If we remove faith from the equation, voluntary euthanasia presents a difficulty for the conservative dislike of change. In the broad sweep of Western history it is new, or at least newly popular, which means a conservative should regard it with suspicion. And yet often it follows on another new action that conservatives are happy to embrace – the extension of life through medicine, to the point where it becomes agonising. Why should one change be accepted and not the other?

Taking the question of the rightness of voluntary euthanasia more broadly, it seems to me we might consider separating its moral and legal elements. Whether or not it’s moral to help someone die, I would propose that the state’s right to interfere in that decision is another matter entirely. Many would argue with that, of course. But it seems to me it could be a more useful argument for us to have, given the hugely different premises people bring to this debate and the great shifts that are occurring in health care.

The Consecration of Evil