Is the unrelenting failure of the Rudd/Gillard experiment in border-control regarding illegal immigrants, something to do with ignorance, an uninquiring media, or the danger of putting people called Christopher in charge of the Department of Immigration?

The unauthorised boat arrivals debacle began when Senator Christopher Evans was made Minister for Immigration by Kevin Rudd in December 2007. He upended the Howard government policy, which had curtailed unauthorised boat-arrivals, and invoked changes that signalled to people-smugglers, and their aspiring customers, that Australia was an easy touch. Senator Evans even announced this on TV.

Julia Gillard’s chosen Minister for Immigration, the replacement for the frazzled Evans, was Christopher Bowen, who now oversees the continuation of the circus that has become the daily source of stories of anguish and frustration experienced by those who have picked up the implied "Labor invitation" and undertaken the hazardous journey to this country by sea.

On the February 14 this year The Australian reported that in the 2009/2010 financial year 5,209 illegal immigrants had arrived who had paid a people-smuggler for their journey from Indonesia towards somewhere in Australia. The paper reported, quoting the Department of Immigration, that people-smugglers were paid “in exchange for permanent residency in Australia”. These payments to people-smugglers were made in either cash or jewellery and ranged from $10,000 to $15,000 per person in many cases. 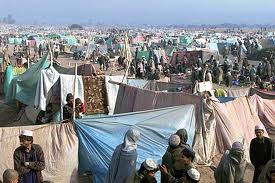 The information, which apparently came from a Senate estimates hearing, also noted that, of the arrivals who had paid a people-smuggler, an unstated number were transactions that had been funded by a family-member. What is unclear is whether these “family members” are living in Australia and how this funding process actually works.

It is extraordinary that the media, and particularly the “investigative talents” of the actively pro-illegal-immigrant-sympathisers such as SBS and the ABC don’t use the resources they have at hand to report on exactly how the people-smuggling-economy operates.

You would imagine that a border protection problem such as people-smuggling, which this year resulted in the terrible deaths, on the wave-swept rocks of Christmas Island, would be examined in detail as to how the people-smuggling system runs and in particular the secrets of the money trail. You would also imagine that if indeed the government has undertaken such investigations, the public would be made aware of the answers to such questions as:

To get a grasp on the sort of money involved, the above 5,209 people, if they had paid the middle-range of a people-smuggler-fee of say $10,000, they would have handed over something like $52,090,000. Are we seriously to believe that escaping refugees from countries such as Sri Lanka, Iran, Iraq or Afghanistan carry this of money when escaping from alleged persecution in their country of birth? Or is it set up before they leave?

The degree of poverty and degrading conditions of the millions of refugees living in camps in Pakistan, Iran and Jordan would seem to suggest that the people who can afford to pay the people-smuggler-fee are not generally coming from refugee camps, but from somewhere else. Illegal immigrants using the Indonesian people-smuggler route also have to have the money to fly out of the country bordering their own, fly to Malaysia, then Indonesia and then wait for their booking on a people-smuggler boat to be confirmed.

Another unanswered question is whether those who can afford the price of a dangerous journey to Australia, via the people-smuggler racket, are not a privileged group of people who have the contacts in Australia that are capable of either arranging and or possibly financing their travel, with the involvement of people-smugglers.

The annual cost of the illegal-immigration industry generally, and the people-smuggling operations in particular, is hitting the Australian tax-payer for hundreds of millions of dollars.

In the 2009 budget $650 million was allocated to border protection. Whether this covers all expenses and costs by the Commonwealth government is unclear. There is the Royal Australian Navy, Immigration, Customs and Health Department checks, accommodation, services and food on Christmas island or one of the semi-jails on the Australian mainland, plus charter flights involved in transporting illegal immigrants to the Australian mainland. The recent ‘funeral flight’, as an example, cost for 31 people, over $300,000.

Then there is the resettlement expenditure for successful applicants, costs involved in the seemingly endless legal-system-appeals, and ongoing support in various areas, demanded by the open-borders lobby. It would not be surprising if the total cost of the whole illegal-immigrant-industry did not exceed a billion dollars.

The question to be asked is whether the really desperate refugees, those living in camps in Jordan, Iran and Pakistan would be better recipients of the $650 million plus we now waste on a sort of Gilbert and Sullivan immigration policy that is devoid of any creditability. Those who are manipulating the so-called UN Refugee policy that allows the people-smuggler industry to flourish, should be exposed. The faux-compassion advocated by pro-refugee groups should confronted in the light of what is happening in Asian refugee camps. Camps where the dollars we waste on confronting people-smugglers and their customers, could be put to the relief of human misery that is on-going and draconian.

There is little doubt that the people-smuggling racket is being kept in business by the Labor "reforms" to the Howard government successful policy of stopping the boats. The public should be given a clear picture of genuine refugee problems, rather than theatre-of-the -absurd which we have watched unfold since the Rudd/Gillard "humane reforms" were thrust upon us. Refugee compassion belongs in camps far from Australia — but that doesn’t provide the local stage that Australian refugee-advocates like to perform upon.

Not on same page