Australia and its SE Asian friends should be concerned when the head of US intelligence thinks the Muslim Brotherhood is about charitable works and civic values.

As Hosni Mubarak was running out of options and trying to remember his Swiss ATM card PIN, President Barack Obama’s director of national intelligence James Clapper put an inimitable spin on the rise in stocks of Egypt’s Muslim Brotherhood ­– much to the stupefaction of those assembled to hear his testimony before the US House of Representatives Intelligence Committee.

According to America’s chief intelligence officer, the Muslim Brotherhood is a “very heterogeneous group, largely secular which has eschewed violence”. As proof of the bros hood’s benignity, Clapper waxed on that they were a bit like the Kiwanis or community organisers and that they “have pursued social ends, a betterment of the political order in Egypt … but there is no overarching agenda, particularly in pursuit of violence”.

Although Clapper later walked back from his bizarre “secular” claim, it’s not clear if by “very heterogeneous”, 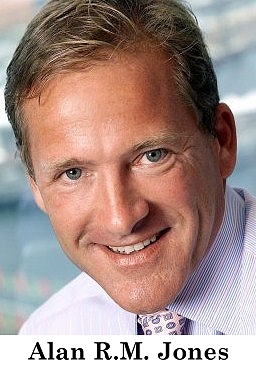 he meant that bingo night at Cairo’s local MB branch might include women if not kuffars or something more. Evidently Clapper, like his nominal 2 i/c, CIA director Leon Panetta, who stated, based on nothing more than a news report, that Mubarak was stepping down when at the time he had no intention of doing so – or hadn’t got Panetta’s Twitter – seemed to have been relying rather a lot on the media for his briefings.

Clapper’s view was, after all, not dissimilar from the Muslim Brotherhood’s PR gloss that had appeared on the New York Times opinion page the day before. Full of motherhood statements, it claimed the MB to be committed to non-violence, freedom and democracy. Of course the MB is anything but.

If the Obama administration is unable to discern the Brotherhood’s “overarching agenda” it need look no further than the group’s long-term goal: the establishment of a global Islamic Caliphate governed by Sharia law. And as Ayaan Hirsi said recently, "you can’t vote Allah out of office." Far from decrying violence, the group has praised Osama bin Laden as “close to Allah on high” and has forms of its own including inspiring violence in our region.

If the Obama administration wants to know what an MB inspired government looks like, then they can find one at terror central, Hamas controlled Gaza, which is committed to the elimination of Israel. Yet the White House appears not to notice real violent, “eliminationist” rhetoric when it hears or sees those acting on it. As former Council on Foreign Relations president Leslie Gelb points out:

The MB supports Hamas and other terrorist groups, makes friendly noises to Iranian dictators and torturers, would be uncertain landlords of the critical Suez Canal, and opposes the Egyptian-Israeli agreement of 1979, widely regarded as the foundation of peace in the Mideast. Above all, the MB would endanger counterterrorism efforts in the region and worldwide.

Kevin Rudd has hardly covered himself in glory dealing with Egypt or Israel. But to his credit, he gave short shrift to the urgings of some, including former Labor foreign minister Gareth Evans, to engage with Hamas.

It is hard to fathom why the Obama administration appears to be so easily hoodwinked by the MB’s charitable social works – a staple of anti-democratic terror organisations and criminal gangs the world-over. Even Al Capone and the Chicago mob doled out to neighbourhood charity, but that didn’t fend off the FBI. The Muslim Brotherhood inspired Hamas runs children’s martyrdom television but that doesn’t make them the Children’s Television Workshop.

The New York Times’ news editorial policy is also loosely based on this nonsense. Its “public editor” Clark Hoyt has noted that “To the consternation of many, the Times does not call Hamas a terrorist organisation, though it sponsors acts of terror against Israel … It provides social services and operates charities, hospitals and clinics.” In other words, build social infrastructure and offer a health and dental plan – even if you use hospitals as shields in contravention of the Geneva Convention – and you’re a legend.

Hitler ran a proper terror state, not some two-bit failed UN dependant rump of one. Nazi Germany was very committed to “social ends” and excelled at building all kinds of useful public infrastructure, from autobahns to zeppelins, while it waged wars of aggression and carried out the Holocaust. Super-sized, state-sponsored industrial level terror was its edifice notwithstanding its commitment to state run health care (begun under Bismarck) and charity, or Winterhilfswerk, collected and delivered by the Nazi Party throughout the 1930s.

Would the Times not call the Third Reich a terrorist state or the National Socialists a terrorist organisation? How about Stalin’s Gulag? What is it about providing social infrastructure and charity that the left let violent despots off the hook? How many times have we heard the time-worn refrain “But Cubans have free health care” in response to Fidel Castro’s repression?

Many will shrug and think, so what if the doddering Grey Lady handed its opinion page to the Muslim Brotherhood and is deceived by a violent, terrorist supporting organisation, committed to imposing a fascist Islamic order – I mean a “heterogeneous” Islamic charity committed to “social ends”. It is yesterday’s fish wrap.

But it is a worry for Australia and its regional friends, confronting the Brotherhood’s ruthless South East Asian kin, when the head of US intelligence seems as taken in. But then Obama is himself somewhat of a self-styled community organiser committed to universal health care and ‘spreading the wealth around’. As for me, I gave at the office.

Alan R.M. Jones was an adviser in the government of John Howard.

The Pell Case: What It Says, Where It’s Going