This Christmas holidays the following are three DVDs I will be watching. They are quite different to each other and it is not recommended to watch them all at same time.

The first DVD is Underbelly and it is in my opinion the best Australian drama produced to date. We have all heard the stories in the news. Underbelly somehow links all the stories into a single narrative, from the Lebanese gangs of Western Sydney, to the Painters and Dockers Union, Dale Flannery and Aussie Bob Trimbole. This box set is a must for anyone’s DVD collection.

The second, which has now been re-released as a Prestige Special Collectors Edition, is Cinema Paradiso.

This is a moving and nostalgic film set in Sicily just after the Second World War. My advice is to watch the original edited version rather than the longer director’s cut version as the editors did a fantastic job removing all the boring bits.

It’s a movie that inspires and saddens, but leaves you pondering on what it is about the movie that actually inspires?  What is disappointing is that the director Giuseppe Tornatore has since failed to produce a film anywhere near as good as Cinema Paradiso, despite numerous attempts. The music is by Ennio Morricone and the soundtrack is worth having as well.

Finally, the third is a childhood movie, released as a  DVD in 2004, whose story still lingers with me today.

It is The Miracle of Marcelino, a classic 1955 film written by Jose Maria Sanchez, in which a young orphan boy befriends a statue of Christ hidden in the attic of an old monastery. 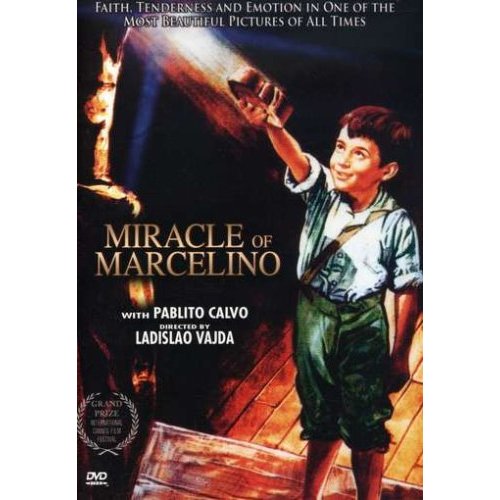 I do not want to give the story away, but there is an element of sadness along similar lines to that of "The Little Match Girl" by Hans Christian Andersen. The good news is that I got my copy for only $14.95 at the Mustard Seed Bookstore in Sydney only last month.

Read it for yourself

Space Between Their Ears

No cheers for Obama