This has been a year to reflect on decline and fall. Having enjoyed Niall Ferguson’s Empire and Colossus, about past British and possible American decline, I was a fan of the documentaries based on TheWar of the World and The Ascent of Money. I since got around to reading the books themselves.

Ferguson is arguably the best historian writing in English. Without a trace of postmodernist cant, he is a hard-nosed chronicler of raw financial, political and military power, showing scant interest in retrospective moralising. Ferguson dwells on the ignored, unpalatable forces driving events: the destructive impulses of a regime or power on the skids, the enduring solace of popular delusions, the underrated impact of chance happenings. 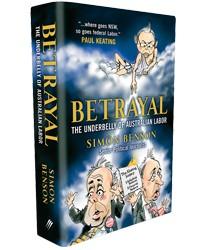 Speaking of regimes in decline, 2010 saw one of the most useful books on Australian politics for decades. Forget the spate of navel-gazing tracts on Rudd and Labor’s crisis. Anyone wanting to know how the ALP works (or doesn’t) need only read Simon Benson’s Betrayal. In the same vein, Mario Vargas Llosa’s much deserved Nobel Prize lured me to his The Feast of the Goat, a gruesome tale of Dominican dictator Rafael Trujillo’s fall, told with a characteristic mix of stylistic elegance and gritty realism.

Sacrificing Statues to a Godless Creed

Yamashita’s Shadow Falls on the ADF