The promises made about this limited release film Agora by director Alejandro Amenabar, showing in Australia at the moment, were intriguing. The subject, Alexandria in the forth century AD at the time of the destruction of the famous library — the “Axial Age”, or, in the words of Karl Jaspers, ‘the most deep cut dividing line in history’ — seemed pretty promising and ambitious. Central to this film is one of feminism’s archetypal historical heroines, Hypatia, a philosopher and mathematician, grappling with the movement of the orbs of the heavenly bodies. 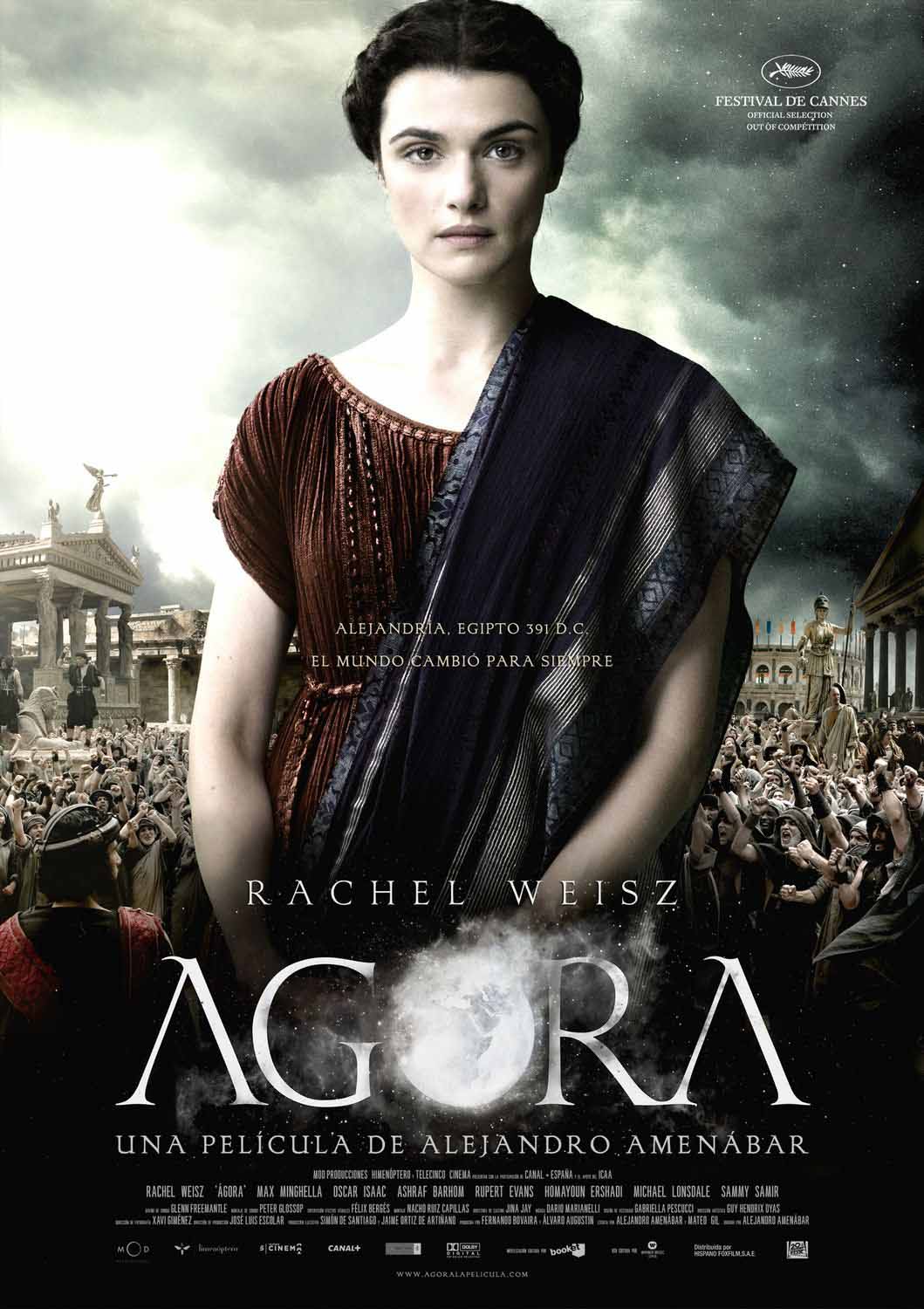 The film, one imagined, was to deal with the complex sets of interactions between the Judaic tradition, the propagation of the Christian message of St Paul, the Roman world and its Law, the decline and virtual disappearance of Hellenism with the gradual withdrawal from Aristotelian thinking, and the eclipse of the Hellenistic values that accompanied the fall of Rome and the subsequent plunge into the ‘dark ages’. It was what the enthusiastic ABC film review Margaret Pomerantz hailed as, “a rare film about something”.

The portrayal of Alexandria was physically fascinating, with a wonderfully convincing mixture of the Roman and the Egyptian, and the collision of their cultural values. There were delightful insights into the liturgy, vestments and character of the early Pauline church. Nevertheless, there was something disconcertingly uninvolving and unconvincing about the texture and narrative. For instance, it contrasted poorly with the splendidly visceral portrayal of the city of Rome in the film Gladiator, and had a strangely total absence of dramatic tension in the plot development.

A predictable dread about the film, as promoted in its advertising, was the inevitable potential for political correctness. The ingredients were all there. There was the fashionable, anti-Christian sentiment that painted Bishop Cyril of Alexandria as an irresistibly self styled Taliban leader, and the inevitable temptation to portray Hypatia as an unyielding and archetypally smug feminista with a rampant and satisfying dose of congenital adrenal hyperplasia. So it came to pass. What could, with generosity, be considered to be a cunning allegorical warning against present day Islamic terrorism in Europe and America, wasn’t really the film’s intention, or the director’s. The film safely fell on the side of reactionary Christian bashing, including a pointed quote from St Paul about the importance of silencing women. No attempt was made to suggest that these views would have had their origin in the prevalent Jewish Synagogue Regulations of the time. The film’s treatment seems to suggest that these 2000 year old Christian values are more reprehensible that those of current Islamic sharia values that the West is feebly yielding to today. This lack of clarity thus manages to portray a fatuous anachronism. The implications are nasty.

Most disappointing is that the ‘ideas’ part of the film end up being trite. The endless ruminations and discussions by Hypatia, played, incidentally, utterly unconvincingly and blandly by Rachel Weisz, about the movements of the planets, with ‘learned’ references to Aristarchus, sounded more like a polite and earnest discussion of a ‘dangerous idea’ on Jennifer Burns’ First Tuesday Book Club. Aristarchus, along with other remarkable figures like Eratosthenes, Hypparchus and Posidonius had nailed the actual physical dimensions and movements of our solar system accurately hundreds of years before.

We should have been forewarned. The Pomerstratton team gave the film four and four and a half stars respectively, so politically correct, safe and predictable it inevitably was. For all its admirable qualities and the attempts to deal with one of the most truly fascinating periods in history, it ended up, as one reviewer put it, as “an overlong school trip to the planetarium, followed by a Romans-in-togas play in the gym”. But worse, it failed to see itself, judging by the reviews and commentary, as a powerful allegory concerning the threat of Islamic fundamentalism on our own doorstep today. A truly wasted opportunity.