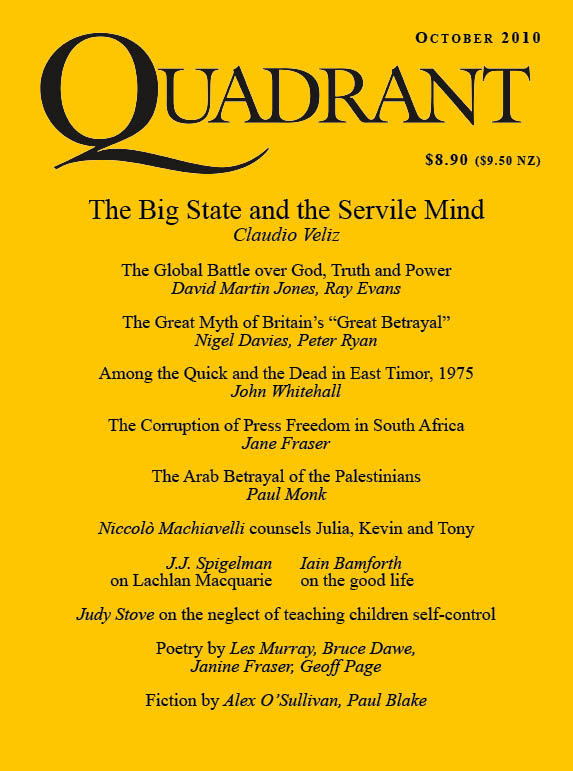 Robert Manne does it again

I recently posted a blog saying that one has to feel sorry for poor old Robert Manne. He had been exposed for his shoddy history research concerning the stolen generations. After that, came his very public demonstration in The Australian of the way he uses morality, indignation and appeals to authority to cover for his lack of facts. I suggested at the time that it was perhaps time for him to retire.

However, it appears that Robert ‘No-Shame’ Manne continues in the same vein, this time in the September issue of The Monthly. According to Hal Colebatch in the latest Quadrant, Manne writes about the South Vietnamese refugee policy in Australia between 1976 and 1982, making the extraordinary claim that “With the boat arrivals, the Labor Opposition under Whitlam, and then Hayden, resisted the temptation to exploit underlying racist or anti-refugee sentiment for party political gain.”

Colebatch rightly wonders if Manne was on another planet. He quotes the infamous comment by Whitlam ,”I’m not having hundreds of fucking Vietnamese Balts coming into this country with their political and religious hatreds against us” … He then goes on to list the many examples of ALP bloodymindedness; Clyde Cameron himself advocating in the 1977 election campaign that “the only effective means of dealing with illegal immigrants would be to have them arrested and deported as soon as they land”, Hawke wanting the return of the bogus refugees, and Darwin waterside workers striking over the ship Entalina that rescued Vietnamese boat people, threatening any further shipping that was prepared to rescue boat people. The litany of racist and inhumane bigotry by the Left is documented in detail. The article thus reveals Manne’s strange delusional rewrite of history.

I could continue these quotes at considerable length (my PhD thesis on this subject occupies 489 pages exclusive of bibliography and appendices), but this is probably enough to make the point.

Far from being the beneficiaries of a bipartisan approach, Vietnamese refugees were attacked by virtually every group on the Left. I find it baffling that someone occupying Mr Manne’s position is either unaware of the well-documented history of the ALP and the Left regarding Vietnamese refugees or, if he is aware of it, that he should apparently seek to radically rewrite these facts.

Hal Colebatch’s article, The Left Rewrites Its History on Refugees is very worthwhile and is available in the October edition of Quadrant.

It is now incomprehensible just how Manne manages to get published with such falsehoods, except for the fact that he is Chairman of the Board of The Monthly. Morry Schwartz should sack him.

Read “The Left Rewrites Its History on Refugees” here…

No to be England Now That COVID’s There

Latham in the closet