There was of course no way of knowing whether you were being watched at any given moment. How often, or on what system, the Thought Police plugged in on any individual wire was guesswork. It was even conceivable that they watched everybody all the time.

Perhaps it is an omen or just a taste of things to come as the Greens begin their onward march towards parliamentary chaos and disruption. On Friday we received a brand new recycling bin from our local council. On the side of the bin is a rather large sticker with address of the household, boldly printed.

As everyone knows recycling is an article of faith with the Greens. It’s the iconic symbol of their success in rousing up the general public into visible displays of crowd control. Crowd control really is the underlying thrust of their Orwellian philosophy. Create the fear—control the crowd.

The really spooky thing about our new Green-inspired recycling bin is the instruction leaflet that accompanied it. Headlined “Kerbside Recycling Service” the document listed what could be placed into the bin and what couldn’t. Fair enough. 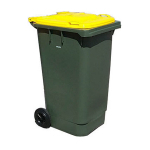 You could recycle bottles, newspaper, cans, cartons and plastic containers. What you couldn’t dispose of was ladies handbags, toasters, chairs, shoes, pots and pans and… and… pizza boxes.

The leaflet then went on to say that there was an onboard video camera, on the collection truck, that recorded your waste and if you put into the bin anything other than bottles, newspapers, cans, cartons and plastic containers you could be fined. They’d be onto you in a flash.

Big brother is now equipped to film and record your waste, and identify what you dispose of. And for the paranoid-at-heart you are instructed not to place shredded letters and documents into your recycling bin. Suddenly the reason for the sticker, with the household address, became apparent. The idea of government, even local government, recording a person’s waste is enough to even spook Winston Smith. We know what you are eating and we know where you live…and we will get you!

Segue to the hung national parliament and the workings of democracy as it slowly unfolds in the back rooms of Canberra and the back verandas of rural Australia. Or perhaps we should say welcome to the recycling bin of our parliamentary democracy.

While the newly elected and re-elected mavericks are knee-capping old enemies, recycling old slights and grudges and throwing their hats into the ring, so to speak, it is worth looking at the democratic madness that has erupted in this country since the last Federal election.

In 2007 the nation elected Kevin Rudd in a landslide following his promises to unleash a new style of government. This moved swiftly towards sidelining the Labor Caucus, excluding government ministers from decisions, ignoring Cabinet and forming a “gang of four”; a tetrarchy or a tetradarchy.

Variations of the above are:

Neocracy — Government by the inexperienced.

Adhocracy — Government in an unstructured fashion.

Anemocracy — Government by wind or whim.

When it became apparent that Kevin Rudd’s style of democracy was turning into a Diabolocracy, Julia Gillard moved swiftly by turning the government into a Gynaecocracy (government by women), which following the election we didn’t need to have , the country looks like getting a Foolocracy — a government by fools. I’m talking here about the independents and Greens.

A prime example of the sort of mish-mash of a government a state can end up with, and the electors have no say in, is Tasmania. A Labor government that was completely on the nose with the electorate, and a premier, David Bartlett, who was even more so, managed to do a deal with the Greens. Two Greens ministers, were negotiated into forming the Labor government.

The state Governor had the interesting job swearing in a Labor government of which two Greens ministers are in a de facto relationship, a brother and sister, each ministers, and a former Labor minister who appeared before the governor when the governor was a judge. Bryan Green was before the bench on criminal charges — the ALP like to refer to it as “his brush with the law.” 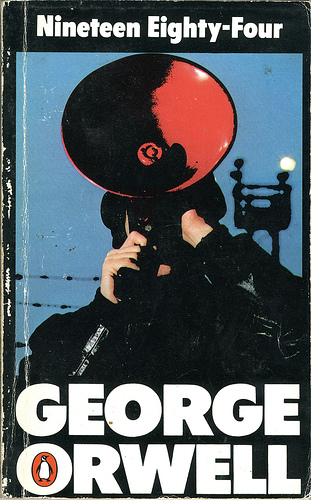 Earlier this year in Western Australia the Nationals candidate, Brendon Grylls, managed to do an extraordinary deal with Colin Barnett to allow a Liberal government to be formed by demanding $670 million a year to a fund for regional development in rural Western Australia. It was trumpeted as the “coup of the century”. Guess who was put in charge of the fund, as Minister of Regional Development? You’ve guessed it — Brendon Grylls.

Each election the voters go to the ballot box expecting that an honest, well meaning candidate (preferably the one they voted for) will be elected. It usually takes some months before the doubt sets in. This time it has only taken days.

The rub is the mess that has resulted with the election of the possible four independents, the Nationals man in the West and the Greens candidate in Melbourne, Adam Brant. The problem is not their election, which may or not be a good thing. The problem is their conduct once they realised that they held the balance of power in the House of Representatives.

To demand to get information and privileges that no other elected members of parliament gets (excluding Cabinet members) is verging on criminal. To get access to government documents, policies and top bureaucrats, because, and only because they can blackmail either Julia Gillard or Tony Abbott is appalling behaviour. In any normal society this type of political thuggery would not be tolerated. In politics the law concerning blackmail is blurred.

Then their demands? At least the public knew or should have known the Socialist Left agenda that is the policy of the Greens. And what games that they would play with their political power. But no body knew, at least in the wider world outside the Western Australian wheat belt, that the Nationals man would be demanding another $650 million from the Commonwealth government, as a price for his support.

Nobody had any idea that the five Independents would be so loopy and craven. They have certainly emerged from the electoral recycle-bin with a manic craving for power, money and publicity.

A rug trader, (Andrew Wilkie) whose condition is a troop withdrawal from Afghanistan; and “poor old Kaw-Liga, the wooden Indian” (Bob Katter) wants, God knows what? Tony Windsor who just sold his farm to a coal mining company, wants no mining tax (surprise); and Rob Oakeshott who had Labor supporters handing out his how-to-vote-cards, talks about ethics? Who are these men?

Oakeshott, who claims to be “Independent” to his conservative electorate, has managed to vote four times as often for the ALP policies than for the Coalition (19 times to 84 times). To add some clarity to just where the so called independents stand, they have taken on a political advisor. Guess who? The grand doctor of spin, the ALP’s senior political apparatchik, Bruce (the Real Julia) Hawker.

The best outcome from all of this nonsense would for Julia Gillard and Tony Abbott to stand up to these ratbags and declare for the moral high-ground.

There should be a re-call of Parliament and a vote taken on the floor of the House. That is the place for the decision to be made. The rest is just recycled garbage, and should be left to the North Midlands Council and the cameras.