It’s all foretold in Macbeth.

First Witch:
When shall we three meet again?
In thunder, lightning, or in rain?

Second Witch:
When the hurlyburly’s done
When the battle’s lost and won.

Gosh! Shakespeare was really onto something when he wrote Macbeth. With only 21 days to go, the mucky business of politics is bubbling away in that leaky cauldron of media surprises. What will slither out next? Who knows? 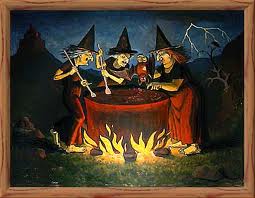 Lady Macbeth has done in the Thane (Kevin Rudd) and seized the crown but his back was too resilient and his hide too thick. The knife failed—the King lives—and is recovering in the north. As one of his loyal followers noted; “Your face, my thane, is a book where men may read strange matters.” They well may indeed. The words “snake and rat” have been unkindly floated by a previous aspirant Thane, the Lord Latham.

Meanwhile Malcolm (Abbott not Turnbull) is valiantly trying to seize back the crown and restore order and honour to the kingdom. The going is tough.

This week he is awaiting an ugly onslaught from the Lady Macbeth camp. It will not be pretty. It will be cruel, unkind and nasty. Desperate times require desperate measures.

Fillet of fenny snake,
In the cauldron boil and bake;
Eye of newt and toe of frog,
Wool of bat and toung of dog,
Adder’s fork and blind-worms sting,
Lizard’s leg and owlet’s wing
For a charm of powerful trouble,
Like a hell-broth boil and bubble.

Tony Abbott should realise that the Macbeth family can be just a tad dysfunctional.

Back in the real world it has been a bad week for Julia Gillard. The notion that pensioners didn’t deserve a pay rise because they usually vote Liberal wasn’t a good look, but it was a well-targeted, leaky dart. Ouch!

Then the news that Julia, when Deputy Prime Minister, had her own personal bodyguard was a big surprise. Even bigger was that she sent him off as her stand-in for National Security Committee meetings. Why not her hairdresser colourist? The defence chiefs must have been thunder-struck. We were.

The notion that her bodyguard once worked for the Federal Police, apparently justified Gillard’s choice of stand-in. “He just took notes” claim made the whole thing even more ridiculous. That the Chief of the Defence Forces and an ex-cop were listening to the highest intelligence secrets— extraordinary.

As the week droned on the idea that the Rudd/Gillard government was, what you might say, in “ Double, double toil and trouble; fire burn and cauldron bubble” started to sink in. Despite desperate efforts by the Left press and ALP commentators to puff up Gillard’s so-called heroic response to the new revelations, there was the feeling that there was a change in the game-play.

There certainly was. By the end of the week, news surfaced that the ALP was getting bothered —jittery. There was movement in Birnam Wood. Abbott was moving ahead. Gillard, despite the promise of “Moving Forward” appeared to be moving backwards.

All this despite the extraordinary business of what was referred to as the AWW coup. For the first time ever this writer purchased the Australian Women’s Weekly to ponder over the 13 page spread on Being Julia.

But the sheer falseness of the AWW presentation with Julia Gillard being reconfigured as an almost-teenage Cate Blanchett, should be reported to the ACCC for deception, or at least, false advertising. 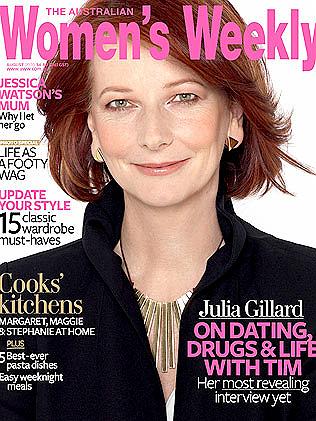 And the sight of the Julia sprawled like Cecil B. DeMille during a filming break (together with film-director-boots), was most glamorous and picturesque—but was it anything to do with Being Julia, or at least the real one. No!

The week produced two preposterous policies from the government camp. The “cash for clunkers”, which must have come very close to being an election bribe, went down like a big dose of Castor oil. An excellent piece by Oliver Marc Hartwitch from the Centre for Independent Studies demolished the concept in a short article, quoting the $7.2 billion debacle that was the “cash for clunkers” experience in Germany.

The second Gillard lead air-bag which failed to deploy was the notion of a 150 person special committee that would ponder over global warming and climate change. We were told that these 150 citizens would be selected randomly, would study the problem for a year, and not be loaded with pro-climate change experts. Oh sure! As if.

For that to work the 150 people would have to be either locked up in the yet to be build “East Timor” facility, blind-folded and their ears filled with cement. As though a 150 person citizen committee could be kept away from the carbon-lobby for 12 months—or not be intellectually mugged by determined Green bull-hornets is a joke. And the public seems to have judged it so.

And what was Shakespeare thinking when he wrote in Macbeth:

And be these juggling fiends no more believed,
That palter with us in a double sense;
That keep the word of promise to our ear,
And break it to our hope.

Well we may wonder!

The play’s the thing. It continues.