Ayaan Hirsi Ali, high profile international critic of Islam and author of the best seller Infidel, and a new book Nomad, has been stirring the pot in Australia recently, raising the tenor of debate on the ‘Muslim problem”. Interviewed several times in the media, she gave talks in both Melbourne and Sydney.

Her thinking on Islamic issues has been derived from her extraordinary life. Hirsi Ali was raised as a Muslim in Somalia, fled to Holland as a refugee to escape a forced marriage, and is now working at the American Enterprise Institute. Her story is both moving and inspiring. 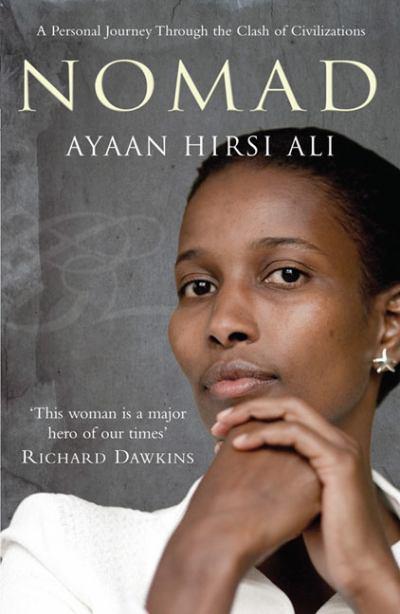 On the way, she became a member of the Dutch Parliament and collaborated with the filmmaker Theo van Gogh on a film, ‘Submission’, about misogyny within Islam. Van Gogh was subsequently murdered by an Islamic extremist. Since then, Hirsi Ali has been under constant threat, and now has a permanent bodyguard. Her books explain the cruelty and violence that are a part and parcel of Islamic cultures, and within them she develops a brilliantly coherent criticism of Islam and its growing threat to the West.

Unsurprisingly, in this brief visit, Hirsi Ali raised considerable ire from the Left commentariat on several fronts. She has notably offended the feminists, the cultural relativists, the immigration bleeding hearts and human rights activists, and the politically correct for being a dangerous, “right wing think-tank” racist. The interviewers in her appearances on the ABC have treated her with a mixture of respect and nervousness with a dash of indignation, at her full frontal challenges to their orthodoxy on Islamic matters. A comment from one ABC listener is indicative of the confused mindset, when she accused Hiris Ali of having the “gaze of the colonizer, with an insensitivity and absence of empathy for people, specially women”.

Hirsi Ali tackles the mantra, “we’ve got to respect their culture” head on. The problem, she points out is that respect is hard to reconcile with forced marriages, honour killings, female genital mutilation, the forced veiling of women, and of course the killing of homosexuals. Clearly, she dismisses the post-modernist notion that all cultures are equal. “It’s individual human beings who are equal”.

Fending off her critics who then say that our society is flawed––another saw of the Left––she promptly explains that “Western flaws, the white man’s flaws, his sexism, his racism, his prejudices have been criticised and radically changed. Men of colour, not just Muslim men, but Chinese, Indians, “men of colour are excused from that same critical scrutiny of cultures, their customs, their habits, their religious principles”. This is the essence of her criticism of multiculturalism too.

On the question of “moderate Islam”, the sanctuary question of the bien-pensant, Hirsi Ali is clear about distinguishing Islam as an ideology from Muslims themselves. Most Muslims, she claims from research, know very little about what’s in the Koran. They only know that “you’ve got to obey the Koran and what the Prophet Mohammed said. Increasingly, agents of radical Islam take advantage of that.” Having a religious dimension is one thing. What she is concerned about are the political and social dimensions; Sharia law, the concept of jihad and the social laws that govern the relationship between men and women.

If you think, like every interviewer on the ABC, that moderate states like Indonesia, Malaysia, and Turkey are good examples of moderation, Hirsi Ali is quick to counter that, more and more, Indonesians are succumbing to the propaganda, mostly financed by countries like Saudi Arabia and spread by the Islamist Brotherhood in Egypt. “Everywhere Sharia is getting a hold, you see the same violations of human rights, including terrorist acts and intolerance to Christian minorities.”‘

On accusations of racism, Hirsi Ali is very blunt. When a questioner at her talk in Melbourne suggested she was providing fuel for racism and was a bigot, it was the one moment when strong passion broke through the surface of her usually calm and patient demeanour. It is worth quoting in full:

I answer that by pointing out that Islam is not a race, it is a belief system. If you look at people who identify themselves as Muslims, you see they are made up of very many different races. Because it is a belief system, the accusation of racism simply does not apply. When you look at the social and political aspects of Islam, you find bigotry. The position of men and women in Islam is different. That is bigotry. Homosexuals are treated as sick people and killed. That is bigotry. When Sharia is established, that is bigotry. Black people in Islam are treated as slaves, and slavery is condoned. That is bigotry. It is really ridiculous to defy a political system of bigotry by telling people you are bigoted. I am sorry. I’m not bigoted. Islam is bigoted. The message for 1.57 million people is to emancipate themselves not from the past imperialism of the white man, but from the bigotry that is embedded in Islam.

Hirsi Ali also has some pretty blunt ideas about Australian immigration that I suspect a majority of us would agree with. She believes that the 1951 Geneva Refugee Convention is completely outdated, as at that time there were only one million refugees. Today there are 40 million. We all would concede that Australia cannot take all 40 million in, so the concept of compassion is not enough now and it’s not practical anymore.

Given the advent of radical Islam … liberal democrat countries like Australia should establish a new relationship with immigrants. Who is good for our country and who is going to contribute to Australia? In exchange, we’ll provide them with the opportunity to live in a peaceful, prosperous society where they can build a life for themselves. If they say no to that, then I think it would be justified to say such a person cannot stay and will not be a part of this society and can be returned. That is more honest, it’s more practical and it becomes a two-way contribution.

Hirsi Ali, in her conversion to Western values is a breath of fresh air. She appears to understand the value of democracy and free debate better than most commentators in the media. In response to Kerry O’Brien accusing her of being a traumatised “reactionary” in an interview three years ago, she is eloquent.

In the first place, I use the tools that we are supposed to use in a democracy which is non-violent means to argue my assertions and views. Next, I don’t see what is reactionary about saying, “Let’s respect life as an end in itself, liberty as an end in itself and the equality of men and women."

Yes, let us use the tools we are supposed to use in a democracy. Let us stop the ad hominem arguments of racism and Islamophobia. Hirsi Ali contrasts the reaction of Christianity to insults and criticisms, citing Richard Dawkins’ attacks, with the Muslims reaction of violence and hatred when they are criticised.

All cultures are flawed, but if we want to aspire to a society, whether it’s on a national level or on the global level of individual rights and the respect for human rights, then we have to criticise these other cultures just as much as the white man’s culture was criticised. That’s good for them.