In a few months time, with a little luck, we should be able to look back at the short-lived Rudd experiment in one-man national government and wonder – “What was all that about”?

It certainly wasn’t about leadership, statesmanship or what you might call prime-ministership… that illusive, indefinable thing, which, in its many forms and variations the nation experienced in John Howard, Paul Keating, Bob Hawke, and had small glimpses of in Malcolm Fraser. No! What we have had during the past two and a half years seems to be something akin to an episode of I Claudius.

What is beginning to emerge, or at least be seen more clearly, is a picture of a leader ill-equipped to be entrusted with the honour of leading this country into the next decade. The notion of “Hail, Caesar!” is not a good look for an Australian prime minister. Neither is the idea of the Roman god Janus… he of two faces.

In the Weekend Australian this week journalist Samantha Maiden writes a chilling review of an essay by David Marr. The essay is entitled Power Trip: The Political Journey of Kevin Rudd. It reveals one of the faces of Kevin Rudd that only a few people were aware of, experienced or have had the displeasure of being confronting with. It isn’t nice Mr Rudd, kind Mr Rudd, generous Mr Rudd or cleaver Mr Rudd… it is plainly and simply, the real Mr Rudd.

David Marr quotes our prime minister, Kevin Rudd, at the time of the 2009 Copenhagen Conference as it slips into failure mode and comes crashing down upon the heads of Kevin Rudd and Penny Wong. “Those Chinese f . . kers are trying to rat-f . . k us,” Rudd tells a group of journalists and political aids. Wow! 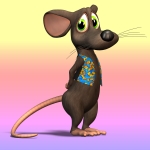 Well, in the past two and a half years Kevin Rudd has certainly been doing a bit of “lao shu xing jiao[-ing]” to this country. The broken election promises, the border-protection fiasco, the rats in the batts, the rats in the BER, the  back-flipping, poll-vaulting rats-leaving-the-climate-change-ship. Then there is “gang of four” management of the country’s treasure and their seizure of the cabinet decision-making process.

There is also the vile corruption of the Westminster system of government whereby Ministers of the Crown are being totally sidelined, ignored or silenced… made into political eunuchs in their own ministries. The ongoing daily spectacle of the Kevin Rudd road-show — in hospital gown, in hard hat, down mines, yellow jacketed, shovel ready, at schools, in kindy, ever available for the TV news camera at the opening of an envelope or the closing of the day.

Unfortunately for the prime minister, but fortunately for those interested in the quality of our national leaders, the David Marr essay looks to be a real corker. In her review, Samantha Maiden writes:

The abandonment of an emission trading scheme had prompted voters to ask who was this man in the Lodge who sold himself as a new kind of leader offering values and intellect. “If he isn’t that, people are asking, what is he? And who is he?” Marr asks.

Apparently David Marr reveals a man with few friends in the Labor caucus, and “a man with an angry heart”. “A politician with rage at his core”. Marr claims that Rudd “embraces petty grudges” and a pattern of “ignoring people once their usefulness is past”. Apparently when Rudd formed a non-aggression pact with Julia Gillard, Bob Hawke rang Rudd to urge him not to bring down the then ALP leader, Kim Beazley. “Get f . . ked” [xing jiao-ed] Rudd says he replied.

Marr traces much of his strange questionable behaviour to childhood experiences. Those experiences are now apparently being visited upon the nation.

Samantha Maiden goes on to say:

Marr hints at a chaotic and centralised policy development that gave birth to the contentious experiments in the Rudd government’s stimulus program, such as the insulation and schools building program.

Apparently David Marr’s insights into the character of the hidden Kevin Rudd were gleaned during a barefoot encounter the two had along a beach near the Queensland city of Mackay, and later in a waterfront pub. As they prepare to depart Rudd asks Marr what the argument of the essay will be. Among other things, “I’m wondering if his government will go the way of Goss’s” Marr tells him.

Apparently it was another “lao shu xing jiao” moment.

I don’t notice his face changing at first, but by the time I finish giving this bare-bones account I realised Rudd is furious. I have hurt him and Rudd is angry. What follows is a dressing down which registers 3.8 on his Richter scale. What he says in these angry 20 minutes informs every corner of this essay. But more revealing is the transformation of the man. At last he speaks from the heart, an angry heart. Face to face, it is so clear. Rudd is driven by anger. It’s the juice of the machine.

Don’t expect to see Marr’s Rudd during the months leading up to election day. The party machine will see to that. But what will be intriguing will be how the spin doctors cover the total mess that has been the Rudd experiment in one-man government. Money can’t buy love — can it?

One can only hope.

Of Progress and Pleasure