Anzac Day is a day which lends itself to poetry and prosodic thought. It brings not the romance of war but the reality of death. We try to remember Australian death on foreign soils. 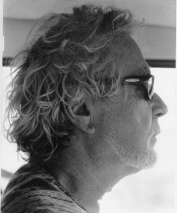 We think about why we did it – why our parents and grandparents stopped working in the factories and at their desks, on their farms and went to war.

We meditate on who ‘we’ are and where ‘we’ come from and perhaps even where ‘we’ are going to. On Anzac Day ‘we’ enter a memory, each one of us different and unique, of our connections to death and war, through family and community. Anzac Day is not Australia Day, nor is it Sorry Day – on Anzac Day the ‘we’ is bigger – it includes all – Aboriginal, European and Asian heritage, yet it does not require a ‘Welcome to Country’ before the last post, before the flag is lowered at the dawn service.

In towns all over Australia, in RSL clubs and pubs and dives, Australians gather together as a vast extended ‘we’ and drink strong drink and tell stories all day. I have selected these poems, both for their narrative and their drama. I have selected them from a global perspective and tried to read them in an understated style to allow the words to do their work. I have included meditations on death because of all things, Anzac Day is about remembering death.

You whom I could not save
Listen to me.
Try to understand this simple speech as I would be ashamed of another.
I swear, there is in me no wizardry of words.
I speak to you with silence like a cloud or a tree.

What strengthened me, for you was lethal.
You mixed up farewell to an epoch with the beginning of a new one,
Inspiration of hatred with lyrical beauty,
Blind force with accomplished shape.

Here is the valley of shallow Polish rivers. And an immense bridge
Going into white fog. Here is a broken city,
And the wind throws the screams of gulls on your grave
When I am talking with you.

What is poetry which does not save
Nations or people?
A connivance with official lies,
A song of drunkards whose throats will be cut in a moment,
Readings for sophomore girls.
That I wanted good poetry without knowing it,
That I discovered, late, its salutary aim,
In this and only this I find salvation.

They used to pour millet on graves or poppy seeds
To feed the dead who would come disguised as birds.
I put this book here for you, who once lived

The Dead Shall Be Raised Incorruptible by Galway Kinnell

1
A piece of flesh gives off
smoke in the field —

Lieutenant!
This corpse will not stop burning!

2
"That you Captain? Sure,
sure I remember — I still hear you
lecturing at me on the intercom, Keep your guns up, Burnsie!
and then screaming, Stop shooting, for crissake, Burnsie,
those are friendlies! But crissake, Captain,
I’d already started, burst
after burst, little black pajamas jumping
and falling . . . and remember that pilot
who’d bailed out over the North,
how I shredded him down to catgut on his strings?
one of his slant eyes, a piece
of his smile, sail past me
every night right after the sleeping pill. . .

"It was only
that I loved the sound
of them, I guess I just loved
the feel of them sparkin’ off my hands . . ."

3
On the television screen:

Do you have a body that sweats?
Sweat that has odor?
False teeth clanging into your breakfast?
Case of the dread?
Headache so steady it may outlive you?
Armpits sprouting hair?
Piles so huge you don’t need a chair to sit at a table?

4
In the Twentieth Century of my trespass on earth,
having exterminated one billion heathens,
heretics, Jews, Moslems, witches, mystical seekers,
black men, Asians, and Christian brothers,
every one of them for his own good,

a whole continent of red men for living in community,
one billion species of animals for being sub-human,
and ready and eager to take on
the bloodthirsty creatures from the other planets,
I, Christian man, groan out this testament of my last will.

I gave my blood fifty parts polystyrene,
twenty-five parts benzene, twenty-five parts good old gasoline,
to the last bomber pilot aloft, that there shall be one acre
in the dull world where the kissing flower may bloom,
which kisses you so long your bones explode under its lips.

My tongue
goes to the Secretary of the Dead
to tell the corpses, "I’m sorry, fellows,
the killing was just one of those things
difficult to pre-visualize — like a cow,
say, getting hit by lightning."

My stomach, which has digested
four hundred treaties giving the Indians
eternal right to their land, I give to the Indians.
I throw in my lungs which have spent four hundred years
sucking in good faith on peace pipes.

My soul I leave to the bee
that he may sting it and die, my brain
to the fly, his back the hysterical green color of slime,
the he may suck on it and die, my flesh to the advertising man,
the anti-prostitute, who loathes human flesh for money.

I assign my crooked backbone
to the dice maker, to chop up into dice,
for casting lots as to who shall see his own blood
on his shirt front and who his brother’s
for the race isn’t to the swift but to the crooked.

To the last man surviving on earth
I give my eyelids worn out by fear, to wear
in the absolute night of radiation and silence,
so that his eyes can’t close, for regret
is like tears seeping through closed eyelids.

I give the emptiness my hand: the little finger picks no more noses,
slag clings to the black stick of the ring finger,
a bit of flame jets from the tip of the fuck-you finger,
the first finger accuses the heart, which has vanished,
on the thumb stump wisps of smoke ask a ride into the emptiness.

In the Twentieth Century of my nightmare
on earth, I swear on my chromium testicles
to this testament
and last will
of my iron will,
my fear of love, my itch for money, and my madness.

5
In the ditch
snakes crawl cool paths
over the rotted thigh, the toe bones
twitch in the smell of burnt rubber,
the belly
opens like a poison nightflower,
the tongue has evaporated,
the nostril
hairs sprinkle themselves with yellowish-white dust,
the five flames at the end
of each hand have gone out, a mosquito
sips a last meal from this plate of serenity.

And the fly,
the last nightmare, hatches himself.

6
I ran
my neck broken I ran
holding my head up with both hands I ran
thinking the flames
the flames may burn the oboe
but listen buddy boy they can’t touch the notes!

7
A few bones
lie about in the smoke of bones.

Membranes,
effigies pressed into grass,
mummy windings,
desquamations,
sags incinerated mattresses gave back to the world,
memories shocked into the mirrors on whorehouse ceilings,
angel’s wings
flagged down into the snows of yesteryear,

kneel
on the scorched earth
in the shapes of men and animals:

do not let this last hour pass,
do not remove the last, poison cup from our lips.

And a wind holding
the cries of love-making from all our nights and days
moves among the stones, hunting
for two twined skeletons to blow its last cry across.

Lieutenant!
This corpse will not stop burning!

Bent double, like old beggars under sacks,
Knock-kneed, coughing like hags, we cursed through sludge,
Till on the haunting flares we turned our backs
And towards our distant rest began to trudge.
Men marched asleep. Many had lost their boots
But limped on, blood-shod. All went lame; all blind;
Drunk with fatigue; deaf even to the hoots
Of disappointed shells that dropped behind.

GAS! Gas! Quick, boys!– An ecstasy of fumbling,
Fitting the clumsy helmets just in time;
But someone still was yelling out and stumbling
And floundering like a man in fire or lime.–
Dim, through the misty panes and thick green light
As under a green sea, I saw him drowning.

In all my dreams, before my helpless sight,
He plunges at me, guttering, choking, drowning.

If in some smothering dreams you too could pace
Behind the wagon that we flung him in,
And watch the white eyes writhing in his face,
His hanging face, like a devil’s sick of sin;
If you could hear, at every jolt, the blood
Come gargling from the froth-corrupted lungs,
Obscene as cancer, bitter as the cud
Of vile, incurable sores on innocent tongues,–
My friend, you would not tell with such high zest
To children ardent for some desperate glory,
The old Lie: Dulce et decorum est
Pro patria mori.

Our Coming Bleak Winter and Beyond

The Sheep Are With Us Always