Reconciliation is no substitute for US troops

Strategists in Washington and other foreign capitals who are seeking alternatives to major foreign troop increases for Afghanistan are honing in on “reconciliation,” whereby thousands of insurgents will be split off from the most fanatical elements. They contend that Afghanistan’s tribal elders and warlords who have joined forces with the Taliban are opportunists by and large, and thus can be convinced to turn against the insurgents by appealing to their self-interest. That assessment of Afghanistan’s rural elites is accurate enough. Unfortunately, reconciliation is not going to occur on a large scale without the deployment of additional foreign combat troops in the sort of numbers recommended by the American commander, General Stanley McChrystal.

Standard reconciliation measures include filling the treasure chests of local power players, moving insurgent fighters onto the government payroll, and allowing tribal leaders to select mayors and police chiefs. Those actions can contribute to success, but they are useless without more counterinsurgent security forces. Although opportunistic insurgents and neutrals will be pleased to take NATO money and weapons and report that their districts have been cleansed of insurgents, they will not aim their assault rifles at the hardcore insurgents as long as insurgent assassins can walk into villages at night and perpetrate murders at will. The tribes have survived for centuries by supporting the side most likely to prevail in the end, and right now many are convinced that the insurgents fit that bill. In much of Afghanistan, armed insurgents are present more often than armed counterinsurgents, and the insurgents usually outperform the Afghan National Police in both fighting and governing. 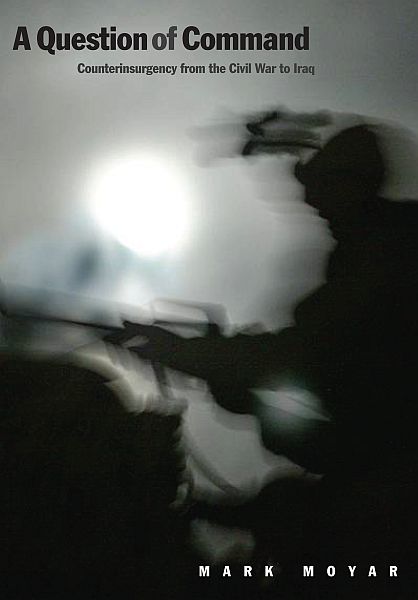 History is filled with counterinsurgents whose labors to win over unfriendly elites came to naught until blood was drawn. In 1900, the United States tried to co-opt Philippine elites by permitting them to elect their mayors and providing schools, health clinics, and other modern amenities. These elites agreed to serve in the new local governments, but abetted the insurgency when the Americans weren’t looking. They ordered assassinations of Filipinos who helped the Americans, ensuring that few others attempted to lend a hand. Eventually, American commanders shifted their focus from civic action to military action and, through aggressive intelligence collection and military patrolling, captured and killed insurgents on a large scale. The change in military fortunes set off an avalanche of defections from the insurgency to the American side.

The supporters of Afghan reconciliation have held aloft the “Sons of Iraq” as proof that insurgents can be won over with political and economic instruments alone. But it didn’t actually happen that way in Iraq. Initial American efforts to co-opt Iraq’s Sunni tribes foundered because most tribal leaders were too scared of insurgent reprisals, having seen Al Qaeda in Iraq slaughter those few who had sided with the Americans. The creation of Sunni counterinsurgency forces often resulted in the defection of those forces to the enemy, most famously in the case of the Fallujah Brigade. Neither promises of wealth and political influence, nor expressions of goodwill, nor even counter-terrorist strikes broke the insurgent grip on cities like Ramadi and Al Qaim. Tribal leaders did not jump the insurgent ship until heavily armed American troops, with Iraqi partner forces, blanketed their cities with a 24/7 presence and killed the insurgents who got in their way. 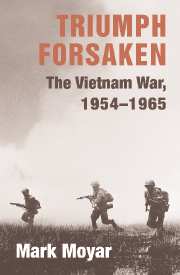 Proponents of the reconciliation without more troops strategy recommend recruiting huge numbers of additional Afghan troops to fulfill General McChrystal’s manpower requirements. But Afghanistan’s security forces lack the leaders to make additional Afghan-led units anything better than brigands in uniform. A U.S. Defense Department Inspector General’s report published a few weeks ago states that even at its current strength, the Afghan National Army is “critically short of trained and qualified junior officers and NCOs, personnel essential to providing sound unit leadership.” And the leadership situation in the Afghan National Police is even worse. Fixing these deficiencies will take years.

In the near term, only foreign combat troops can provide the expertise and inspiration that the expanding Afghan forces need. The Afghan National Police units that perform well today typically have at least one foreign combat adviser or partner troop for every four Afghans, and foreigners regularly lead combined Afghan-American patrols. To enable 24/7 coverage of the Pashtun countryside using one foreigner per four Afghans, Afghanistan’s allies must increase their troop strength by a number in the vicinity of General McChrystal’s recommendation.

Once military dominance has been achieved in an Afghan district, the non-military programs will stand a much better chance of success. Recruiting men into governmental service and providing basic governance without corruption, in particular, will be critical to lasting control of the population. These activities also will require strong leadership at the local level, which again means a sizable dose of foreigners. The long-term prospects will depend, in addition, on strong leaders in Kabul, who must be connected in some way to the district governments, and strong leaders in the capitals of Afghanistan’s allies, who can provide the vows of inexorable commitment that will ease Afghan concerns about the staying power of those allies.

Mark Moyar is professor of national security affairs at the U.S. Marine Corps University and the author of A Question of Command: Counterinsurgency from the Civil War to Iraq (Yale, 2009)

Mark Moyar on "The Vietnam history you haven’t heard" here

Justin Kelly on “How to Win in Afghanistan” here

Barbarians on the Thames