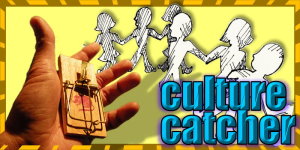 Andrew Roberts, A History of the English-Speaking Peoples Since 1900, HarperCollins 2006:

From the late 1920s until his death in 1937, the Italian communist intellectual Antonio Gramsci had preached the importance of attaining ‘cultural hegemony’ within Western institutions in order to promote Marxism. He believed that the bourgeois powers, by which he primarily meant Britain, America and France, could best be undermined through capturing the high ground of intellectual and elite leadership, which he thought as important economic factors in the class struggle. Thus capitalism could be destroyed from within, even without the need for recurring financial and economic crises. Gramsci was perhaps the most important communist thinker in the West since Marx himself, whose views he modernised and adapted for the twentieth century, and nowhere were his ideas followed more effectively than in academia.

In many faculties and in several fields, such as sociology, English literature and philosophy, the Left has dominated since the 1960s, teaching Western culture in terms of a series of crimes against humanity. They have thence taught the teachers, who have perpetuated these myths in the schools. Those opposed to Deconstructionism and Postmodernism, who argue that empirical evidence is vital and one can go from facts to truths, have all too often been ridiculed and sidelines in the Left’s pursuit of Garmscian cultural hegemony.

In the field of history, Postmodernism can be particularly corrosive. Followers of the French philosopher Michel Foucault assert that historical accounts are merely narratives imprisoned by a language that Derrida had already proven was incapable of providing meaning, thus it is impossible to know the past, which can only be created. As the writer Patrick West recently pointed out in the Times Literary Supplement, ‘According to these Poststructuralist relativists, we cannot even be sure that the Holocaust took place.’ Some of the more extreme postmodernists even call for the abolition of history as an intellectual discipline altogether. This has led to the widespread conviction amongst educated people that postmodernists are all too often, as West calls them, ‘merely disillusioned ex-Marxists who, despairing at the failure of the socialist experiment, have sought refuge in apathetic solipsism.’

The Democrats Make Insanity a Vocation